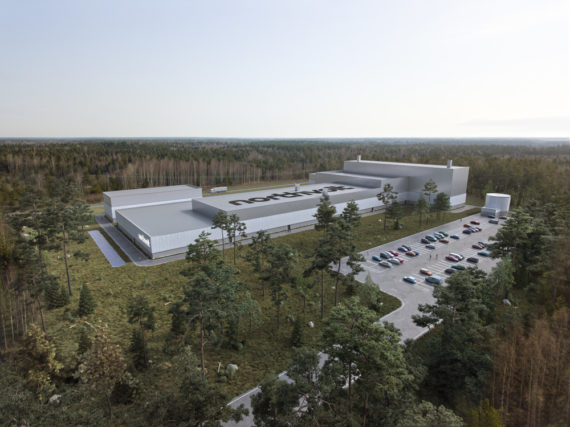 As the electric car (and truck and bus and heavy equipment) revolution sweeps across Europe, policymakers and investors are divided on whether the EU should push an aggressive strategy of constructing lithium-ion battery factories or just let the companies from China, Japan, and South Korea do the heavy lifting while Europe pivots toward next-generation batteries. In fact, with the push from Asian companies already well underway and Northvolt the only European company actually building a new battery factory on the continent at the present time, it may already be too late for the EU to catch up.

A year ago, the EU announced a major initiative called the European Battery Alliance, which was designed to bring battery factories built by European companies to the continent. At that time, Maros Sefcovic, vice president of the European Commission, said, “We have to move fast because here we are in a global race. We need to prevent technological dependence on competitors.”

But Gerard Reid, founder of Alexa Capital, tells Reuters, “I don’t believe anyone in Europe can be competitive with the Asians.” His company advises firms in the energy, technology, and power infrastructure sectors. One factor is that Asian companies often benefit from significant subsidies from their governments. European companies will need billions in subsidies from the EU in order to compete.

Many in Europe remember what happened when local companies tried to cash in on the nascent solar panel market. They were soon swamped by cheaper imports from Asia. (For readers in America, please see Solyndra for more on this subject.) “Once burned, twice shy,” they reason. Maybe it’s better to let the Asian companies devour this particular pie while creating a whole new pie based on next-generation battery technology for the future.

“The development cycle and the speed of technology progress in batteries is so huge at the moment, there’s an opportunity for new and additional players to enter,” says Timo Moeller, head of the McKinsey Center for Future Mobility in Cologne. Diego Pavia, CEO of InnoEnergy, a sustainable energy company that has invested in Northvolt, agrees. “Everybody is developing solid state batteries so the gap (with Asia) will be narrower and narrower as we go along.”

Of course, we here at CleanTechnica know about solid-state batteries and the painfully slow pace of progress transitioning basic research into commercial reality. Based on that knowledge, Pavia’s pronouncements may be entirely too glib. But some European investors are pondering the commercial opportunities presented by making so-called “green” batteries — ones that are made in Europe by European companies using local workers and 100% renewable energy from locally sourced raw materials. Exactly where Europe might find local sources of cobalt is unclear in that scenario, however. Perhaps those next-generation solid-state batteries will require little to no cobalt.

Still, with the value of the European market for EV batteries expected to climb to €250 billion by 2025, there is a lot of money to be made by someone. Just this week, BYD announced it plans to stick its oar into the European battery market. It already has electric bus assembly plants in Hungary and France. The company has not said where its new factory will be located.

Let’s take a look at the battery-factory-in-Europe picture as of this very moment, thanks to the folks at Climate Change News. They list 7 new factories planned or underway on the continent.

¤ Daimler — two locations, one in Kamenz and one in Untertürkheim. Scheduled for late 2018. No further details.

¤ Panasonic/Tesla — Both companies plan to add battery factories in key markets. Plans for Europe are unspecified.

¤ CATL — Chinese company has announced plans for a European factory but provided no details.

With the amount of money at stake, there are bound to be big winners and big losers. Most of the world’s auto manufacturers seem to be content to let the battery companies take the considerable risks associated with building battery factories and simply buy from whoever can deliver finished products at the lowest cost. Picking winners and losers in this particular high-stakes horse race is going to be a very difficult thing to do.