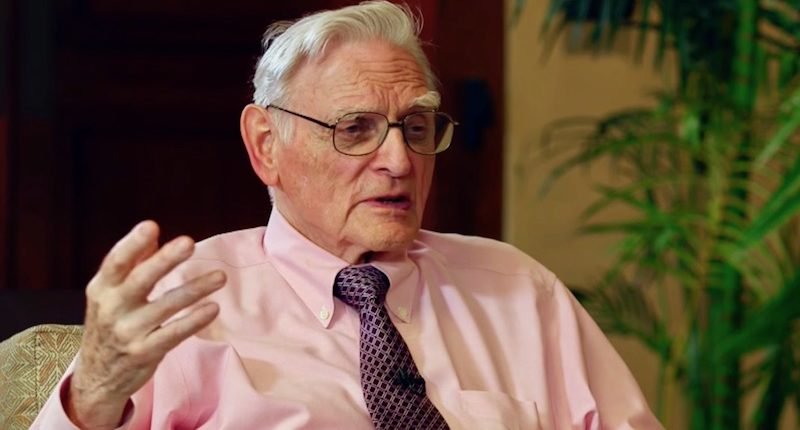 The scientist who invented the battery used in almost every cell phone in the world has authored a new paper claiming to have made a huge leap forward in technology for electric car batteries.

John Goodenough is known as the father of the lithium ion battery, and now has written a paper describing a solid-state battery that provides double the power and increases capacity with use instead of losing it, Axios reports.

The claims in the paper have thus-far mystified other battery researchers.

“No one outside of Goodenough’s own group appears to understand his new concept. The battery community is loath to openly challenge the paper, but some come close. “If anyone but Goodenough published this, I would be, well, it’s hard to find a polite word,” Daniel Steingart, a professor at Princeton, said to Quartz.

His breakthrough would potentially improve battery storage efficiency 30-fold and, better yet, does not require exotic materials.

Goodenough is often a candidate for a Nobel prize in chemistry, but this one might finally bring him the prize.