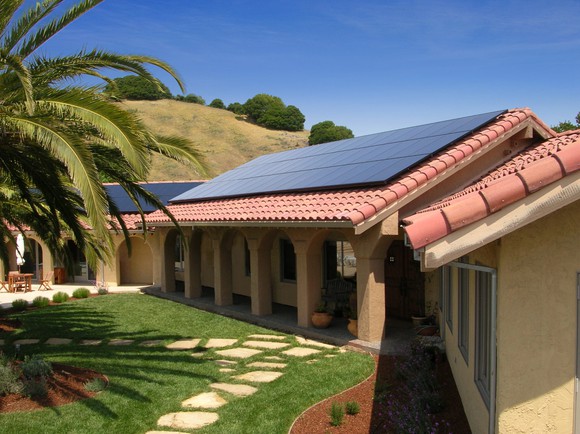 Residential solar installers are quietly starting to expand their offerings to include energy storage, which could be a much-needed revenue boost for the industry. Tesla’s (NASDAQ:TSLA) Powerwall is the best-known energy storage device, but Sunrun (NASDAQ:RUN), SunPower (NASDAQ:SPWR), and Vivint Solar (NYSE:VSLR) are entering the market as well, and they’re seeing some signs of success early in 2018.

What’s great about energy storage for solar installers is that it’s incremental revenue that leverages existing marketing and sales expenses. And it could help make solar more attractive to customers in states that have made it more difficult to justify solar economically.

The solar industry’s next growth product

Sunrun has given the most information about how many energy storage systems it’s selling with residential solar systems in the U.S., and the early numbers are impressive. During the company’s first-quarter 2018 conference call, CEO Lynn Jurich said, “We launched Brightbox in Massachusetts less than three months ago, and already nearly 10% of the time customers we sell to directly are opting to add a battery.”

She added, “In California, over 20% of the time our direct customers are choosing to add a Brightbox. In certain markets in Southern California, this rate is now above 50%”

Since Sunrun built solar systems for 45,000 customers in past year, that’s a potential for $225 million of additional revenue each year. It’s unlikely the solar industry will ever reach 100% energy storage penetration, but even 10% to 50% of the market adopting energy storage could have a big impact on financials.

Tesla was once the leader in solar energy storage, but its solar business is shrinking, and storage projects have been shifted to the utility-scale market. If you want to invest in a stock with residential energy storage growth, it sounds crazy to say it, but Tesla isn’t the right pick.

Vivint Solar is at least a few months behind Sunrun and SunPower after losing its battery partner Mercedes-Benz, which dropped out of residential energy storage earlier this year. The company is now selling the same LG Chem batteries that Sunrun installs, but isn’t yet selling in most markets and doesn’t have the same experience in energy storage controllers, which is ultimately what creates value for customers. Vivint has upside in residential energy storage, but Sunrun and SunPower are the two leaders right now.

Energy storage can be good for everyone

There are a number of ways energy storage can generate value for customers and justify its $5,000-plus price tag in the long term. The easiest is simply as a backup source of power, which can come in handy if you live in a location with severe weather events or a shoddy grid.

Storage is increasingly being justified by performing arbitrage between the times when electricity prices are high and when they’re low. States like California have different rates depending on the time of the day, giving homeowners an incentive to save their daytime solar electricity for early evening hours when rates are highest.

Grid services are another area where value can be created in the long term. If the local utility is given the ability to store and dispatch electricity where it’s needed, it can lower the overall cost to run the grid and homeowners can get a fee for the use of their energy storage system. This is sometimes called a virtual power plant and this is ultimately where solar companies want to use their scale to provide the most value from energy storage to the grid and customers.

It’s still early in the adoption of energy storage, but adding $5,000 or more to each sale will be welcome news to Sunrun, Tesla, Vivint Solar, and SunPower in the long term, and could be a big growth driver in 2018.