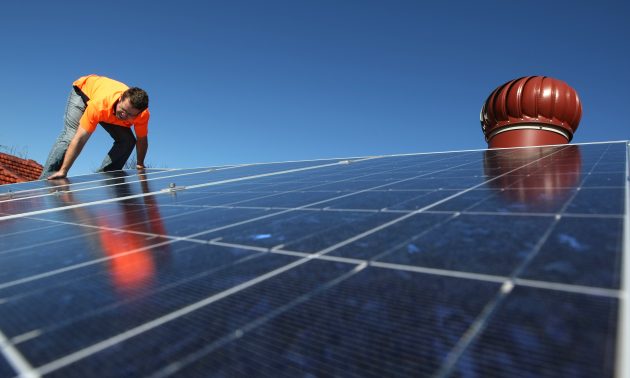 Blockchain technology, that has proven to be pivotal in the development of digital currency, also has the capability to securely record, verify and share important information and so could eliminate data manipulation.

It is this innovative potential – the creation of a trustworthy environment where business can safely conduct transactions via decentralized but secure digital ledgers that are not stored in single central server rooms but dispersed worldwide – that has led many to say blockchain is the most ingenious invention since the internet itself.

In terms of the power sector, it may prove to be the missing link that, once in place, will allow the wide-scale adoption of sustainable and renewable energy.

Having a blockchain-based energy grid can, for example, permit energy trading between an interconnected community via a direct peer-to-peer process that will prove to be more efficient than the wasteful system of sending generated power along long-distance cables to a central authority that then redistributes it back to users; a process that bleeds energy by way of lengthy transmission, mainly due to the inadequacies of the informational network.

Energy distribution could be significantly improved and travel times shortened by individual ownership of renewable energy generators such as wind turbines, solar panels and heat pumps, all interconnected by a blockchain-based transmission and distribution system.

Considering that energy grids are built in a linear manner, which sees them distribute energy from the producer to a central authority (substation), and then to a consumer; a peer-to-peer method could revamp the energy sector. Specifically, this is about a consumer being directly linked with a producer, but also means any local power grid can be networked and optimized.

By decentralizing the market in such a way, commercial opportunities will arise for both consumers and suppliers, who will be able to negotiate directly. Furthermore, consumers who have the ability to become prosumers – a consumer who generates energy – will benefit even more. As long as a national legal framework permits it, they will be afforded the means to sell their energy surplus back into the grid.

Having a decentralized energy market could pave the way for a substantial decrease in system operational costs and personnel cost reduction. There will also be no need to involve other parties such as brokers, which can lower costs further.

Due to the peer-to-peer nature of blockchain systems, reductions in operational costs should effect the end-price of energy invoices for consumers as there will be a lack of involvement from third parties.

Blockchain technology makes it feasible to manage energy networks autonomously through smart contracts – self-executing programmable contracts that enforce contractual obligations. This can be pinned on pre-established regulations designed to make sure that all energy and storage transfers are controlled automatically, in order to balance supply and demand.

When energy production outweighs demand, smart contracts can be utilized to make sure that the surplus energy is distributed into storage automatically. Conversely, the reserved energy will be deployed for use if the generated energy amount is insufficient. In this way, blockchain technology can directly control network flows and storage facilities if interfaced properly within the ecosystem.

Lastly, blockchain projects are in high demand worldwide. This in itself will lead to increased development and growth in the near future.