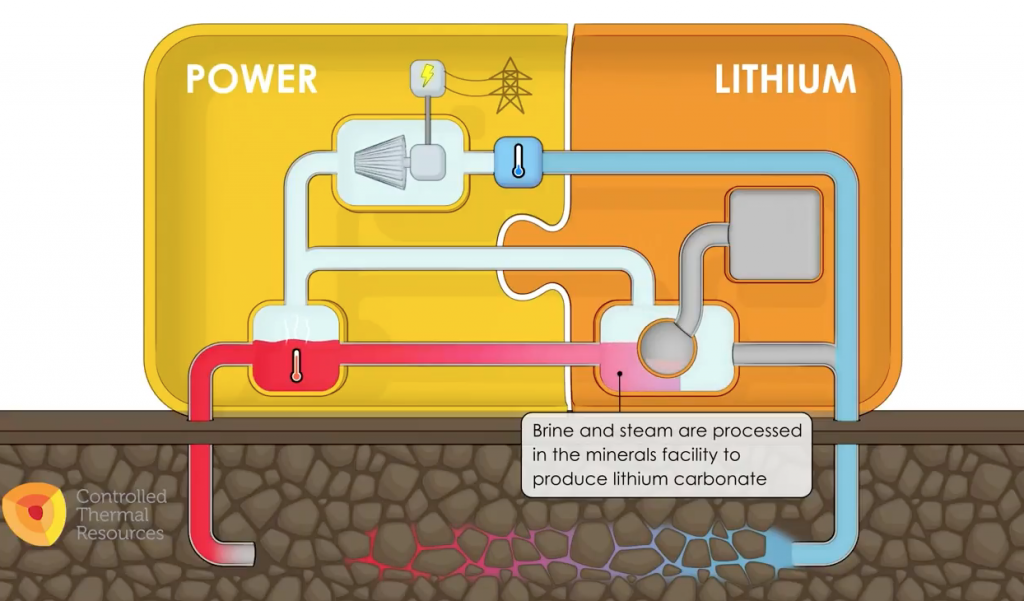 In a simplified video, U.S. geothermal developer Controlled Thermal Resources provides an overview on potential lithium production from geothermal operations in the Salton Sea in California.

As reported on its Facebook page, the company is in the advanced stages of developing a new combined lithium extraction and geothermal power station. The Hell’s Kitchen project will produce 84,000 tpy of lithium carbonate equivalent (LCE) and 275 MWe 100% renewable geothermal power.

The project is located within the known boundaries of the Salton Sea Geothermal Field.

CTR plans to expand the development in stages (84,000 tpy LCE and 137.5 MWe) up to the total resource generation capacity of more than 336,000 tpy of LCE and 1,100 MWe, the largest lithium and geothermal facility on the planet. There will be enough lithium to produce over 6,000,000 electric vehicles per year and enough renewable energy to power over 1,000,000 homes.