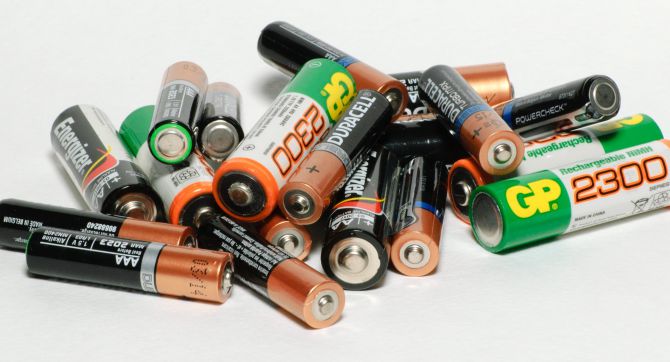 With their prolific use in a wide variety devices, as well as increasing use by the automotive industry, the need to improve the recycling of lithium-ion batteries is becoming critical. A number of initiatives are in the pipeline and the market is expected to grow rapidly.

With their prolific use in a wide variety of electrical and electronic devices, as well as their increasing use by the automotive industry, the need to improve the recycling rate of lithium-ion batteries is becoming critical. WMW looks at a number of initiatives in the pipeline with the market expected to grow rapidly.

As recently as 2014 there were just three planned ‘battery megafactories’, with over 1 GWh of cell production capacity annually. The plants were planned globally: Tesla’s Gigafactory in the US, LG Chem’s plant in Nanjing, China, and Foxconn’s plant in Anhui, China – the last was never built. Currently, according to Benchmark Mineral Intelligence, 26 battery cell plants are either in production or due to expand capacity. The firm, which specialises in price assessments and analysis for the raw materials of lithium, cobalt, nickel and graphite anode, explains that the combined capacity of these plants is 344.5 GWh. It estimates global supply in 2017 to have been around 100GWh.

While the huge volumes of new batteries anticipated to be produced in the near future will not reach end-of-life for many years to come, significant and increasing volumes are already doing so. According to a recent analysis by Creation Inn, a consultancy specialised in energy storage and the circular economy, the total amount of recycled lithium could reach 5800 to 30,000 tonnes Lithium Carbonate Equivalent (LCE) by 2025. Cobalt is expected to reach 22,500 tonnes. However, the volume of material available for recycling is limited due to poor collection systems for portable batteries and good reuse prospects as utility scale storage for automotive batteries.

His report finds excellent prerequisites for a global circular model with batteries moving from first to second use to ultimately being recycled in closed-loop solutions, bringing old material to life in new batteries.

From a raw material perspective, recycled battery minerals such as lithium, cobalt, nickel and manganese can be found in new batteries already today. But, according to Hans Eric Melin, consultant at Creation Inn and author of the study Circular Opportunities in the Lithium-Ion Industry., the volumes in relation to the rapidly increasing demand for materials are minuscule – especially for lithium. Investments in additional recycling capacity and implementation of new technologies, together with the already steep price increase for lithium and cobalt provide important drivers for change.

He anticipates that by 2025 the amount of cobalt from recycled batteries will reach almost 20% of the demand. Most of this is expected to be recycled and re-synthesised to new cathode material ready to be used in Chinese cathode manufacturers’ processes.

According to the report, more than 66% of the lithium-ion batteries, or 191,000 tonnes, is expected to be recycled in China, feeding the country’s fast-growing battery material industry. The proportion will be even larger for the important cobalt-containing batteries at 76% without taking production scrap or other sources into account.

Melin, who has spent eight years in the battery recycling industry and over 15 years in energy and environment-related industries, says that by the time volumes eventually increase in Europe and North America, the Chinese recycling industry will have a strong competitive advantage through proven technology and available capacity.

“The limited recycling of lithium-ion batteries in Europe and North America has very little to do with lack of technology but is rather a consequence of a policy framework that doesn’t acknowledge the reuse value in the batteries which currently drives them overseas. From a circular point of view, it actually works fairly well but it doesn’t provide much support to governments’ ambitions to secure access to critical raw material in EU, US and Canada,” says Melin.

One major factor which could delay and restrict the volume of automotive lithium-ion batteries being sent for material recycling is the potential to reuse them. According to Melin there are excellent opportunities to capture a substantial part of the energy storage market by taking back electric vehicle batteries and using them in utility-scale storage solutions.

He says that the model connects well with similar solutions for vehicle-to-grid in which the vehicle is used as a grid-connected battery. The model also provides strong growth opportunities while also compensating for revenues that will be lost when sales of spare parts and services are decreasing due to the limited need for maintenance of new electric cars. The analysis from Creation Inn anticipates that at least 60% of the batteries from electric vehicles will serve in second use solutions before they are sent to recycling.

Closing the loop on lithium-ion batteries is not just an environmental issue, but a moral one, too. Many of the materials contained in these batteries are mined in dangerous, dirty conditions – often by children.

There are enormous human and environmental costs: an Amnesty International report highlights the prevalent use of child labour in mining of cobalt. Materials such as lithium, nickel, manganese and graphite have also been linked to pollution, water shortages and other environmental and social concerns.

In a bid to tackle the situation, last year’s World Economic Forum Sustainable Development Impact Summit saw the launch of the Global Battery Alliance. It aims to create a responsible value chain for the fast-growing battery market, from the mining and chemical industries to manufacturers, electronics, automotive and energy businesses.

Major technology, mining, manufacturing, automotive and energy businesses are joining forces with UNICEF, the African Development Bank, other international organisations and NGOs to create a responsible global supply of batteries in a market that is set to be worth $100 billion by 2025.

The alliance intends to safeguard workers, ban child labour, eradicate pollution, promote re-use and recycling and unlock innovation for green energy storage. The organisation says that a 12-fold increase in battery production capacity is needed to meet consumer demands and the promise of a low-carbon economy. The market is likely to reach $100 billion by 2025 and batteries installed in homes and businesses will account for 57% of the world’s energy storage capacity by 2040.

According to Dominic Waughray, head of public private partnerships at the World Economic Forum, the human toll is dire, and both valuable raw materials and a huge business opportunity is going to waste.

“The phones may be smart, but the system is certainly not sustainable. All the electronic waste we discarded in 2014 was worth $52 billion,” he says. “It contained 300 tonnes of gold and significant amounts of silver and palladium. To get these rare minerals and metals so that all our phone, car and toothbrush batteries work smartly, many poor people are paying a terrible cost, as is the environment. We keep a smartphone or tablet on average for just 26 months and then we throw it away, battery and all.”

Benedikt Sobotka, Chief Executive Officer, Eurasian Resources Group, a major natural resources producer with cobalt mining operations in the Democratic Republic of Congo, concludes: “Unfortunately, there is almost a 100% chance that your smartphone or electric vehicle contains cobalt that comes from child workers in artisanal mines. Although creating new ethical energy sources will help, we all need to do whatever we can to put an end to child labour.”