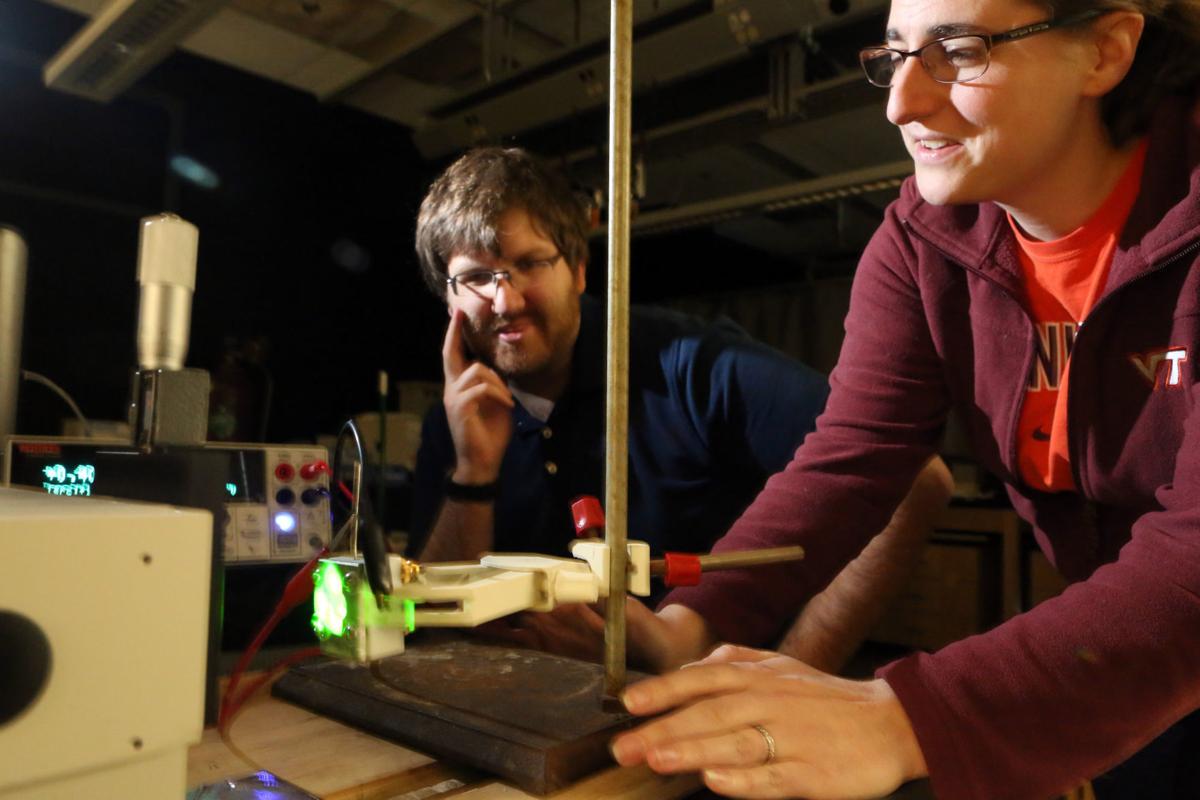 Amanda Morris, a chemistry professor at Virginia Tech, and a dozen graduate students and researchers are working to find ways to harvest those rays more efficiently and for less money.

Morris and her small army of researchers are working through that goal with chemistry, finding better ways to utilize the sun’s energy to create fuels and the next generation of solar cells. And they’re tinkering with the basics that will better store energy.

It’s likely their work won’t be commercialized for decades. However, it will provide the foundation for renewable energy that’s both affordable and efficient.

“Chemists lay the groundwork so engineers can bring things to market,” Morris said.

One way the group is working to improve solar power is to mimic photosynthesis in plants to boost energy transfer.

By using a metal substance that has a lot of surface area and creates a complex chemical reaction, Morris is trying to oxidize water and reduce carbon dioxide using the sun’s energy. The process would create methane or other fuels that are easy to use with current power systems. This is a similar process used by plants to create energy.

Solar farms that would use this type of technology wouldn’t look like arrays of black panels used in contemporary arrays. Instead, they’d likely be a spaghetti bowl of tubes that collect the sun’s rays.

Another way Morris and her team is working to improve solar energy is by improving the efficiency of electrical circuits. Solar energy is transferred via electrons in the circuit Morris is studying.

Her hope: Find an affordable chemical compound to transfer those electrons more efficiently. That would make solar energy more viable.

It’s hard not to pursue when you’ve got that hour and a half to think about.