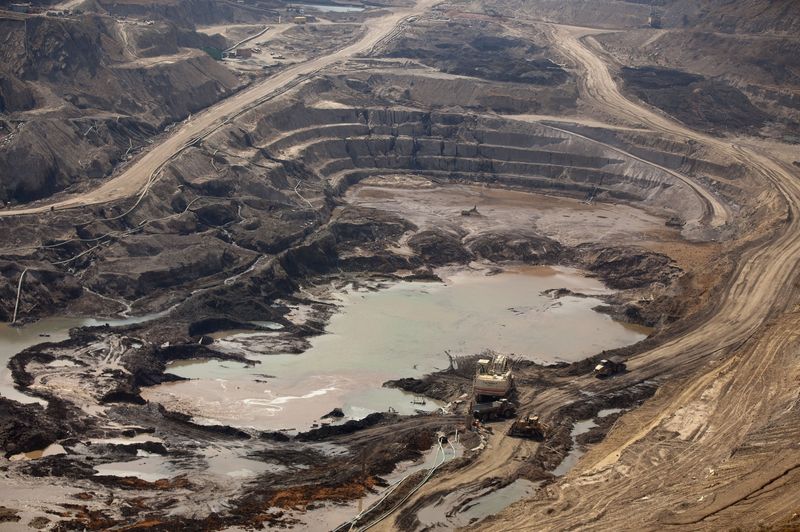 Think the plummeting costs of solar and wind are transforming the energy landscape? Then you should be betting on ways to warehouse that power.

To understand why, consider: Unlike almost all their rivals in the energy-generation space, solar panels and wind turbines are mass-produced goods. That means they’re subject to the rules of continual improvement and falling costs that we see with semiconductors, household products and clothing as production volumes rise and factories undercut each other. Traditional power plants are essentially large-scale construction projects, which rarely achieve the same sorts of efficiency dividends.

As a result, the cost of new-build renewables has been sinking. The highest-cost solar and wind projects in the U.S. will now produce electricity at least as cheaply as as the lowest-cost coal plants, according to a report last year by Lazard Inc.

In Australia, that price differential means one of the world’s largest coal exporters is unlikely ever to build another generator powered by the stuff, Catherine Tanna, managing director of EnergyAustralia Pty, told a Bloomberg Invest conference in Sydney Wednesday. By the early 2020s, renewables will have gotten so cheap that it will be more cost effective to build them than to operate even an existing coal or nuclear plant, Jim Robo, CEO of Florida-based NextEra Energy Inc., said during an investor call in January.

Coal miners hope to see a final leg of demand over the coming decade as incomes in emerging Asia rise — but even there, the rapidly falling cost of renewables means solid fuel is close to being priced out of the market, data from Bloomberg New Energy Finance show.

The trouble with things that get extremely cheap, however, is that you often end up with too much of them. That situation is exacerbated by the no-off-switch nature of wind and solar power. Take California’s recent mandate to put solar panels on the roofs of all new buildings. As my colleague Liam Denning wrote last week, one likely effect will be to push more electrons into a mid-afternoon electricity market that’s already glutted with supply.

That’s where storage comes in. Most power markets are structured in the form of minute-by-minute auctions, where the grid will buy whatever electricity is cheapest. One result is that where renewables penetration is greatest, wholesale electricity prices have occasionally gone to zero or even into negative territory, as this chart from BNEF illustrates:

For conventional generators, that’s terrible news: They must either sell electricity for less than the cost of producing it, or temporarily shut down — which creates essentially the same problem, since it reduces a plant’s capacity utilization and undermines its return on capital.

If you’re in the storage business, however, it’s a compelling proposition. As we argued last year when Tesla Inc. installed a lithium-ion grid battery outside of Adelaide, negative prices give storage operators the opportunity to get paid to charge their cells, and then paid to discharge them as well.

There are similar advantages for natural gas peaking plants, which can switch themselves off and on far more quickly than coal and nuclear generators. But whereas the profitability of gas turbines is capped by the price they pay for the methane they burn, with a potentially negative cost base, storage operators can aim for margins north of 100 percent.

Storage doesn’t have to mean just batteries, whose relatively high costs and small sizes mean they’re really most suitable only for short-term demand on the scale of seconds to a few hours.

The largest-capacity energy storage projects are pumped hydro plants, which move water to uphill reservoirs using cheap off-peak electricity and then let it run back down during the peak when prices are higher. Australia’s government is planning one large pumped hydro scheme with its Snowy Hydro 2.0 project; EnergyAustralia is studying a similar venture and Liberty House Group will do the same, founder Sanjeev Gupta told Bloomberg Television Wednesday.

Beyond that, there are less-advanced technologies that could pump air into underground caverns or underwater bladders, or use off-peak electrons to produce biofuel or hydrogen that can be burned in leaner times. Demand response — getting consumers to switch off during peak periods — and better transmission networks to integrate far-flung generation assets will help, too.

Critics of renewables are right to point out that their ever-reducing costs will upset the status quo. The problem is that their proposed solution is a retreat from markets, lower prices and clean energy, and toward state mandates to support costly and ultimately catastrophic fossil fuel consumption.

Wind and solar — and, to be sure, gas — have transformed the energy landscape over the past decade. Storage will do the same over the years to come.