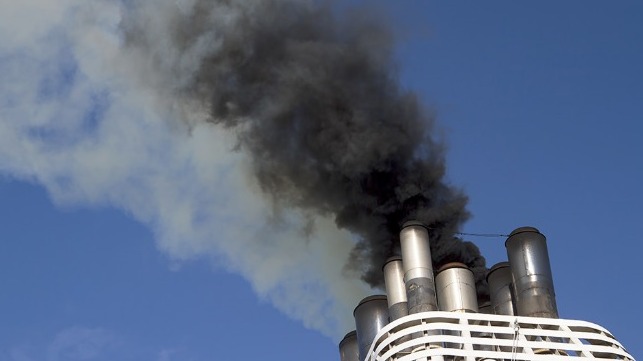 A team of researchers led by Dr. Jun Kang at the Korea Maritime and Ocean University in South Korea, has found a way to convert soot from ship exhaust into graphite for potential use in lithium batteries.

Lithium batteries are used in a wide range of products including phones and electric vehicles, and graphite is one of their key components. In 2017, China was the largest graphite-mining nation by a wide margin, followed by India and Brazil.

The researchers collected waste soot generated by ships and graphitized using a heat treatment process. This was then used as an anode material. The study confirmed that the material showed a high discharge capacity and excellent cycle life properties.

About 80 percent of the soot from diesel engines is carbon, and according to international estimates, the annual quantity of exhaust particles emitted from shipping is between 0.9 and 1.7 million tons. Some of the particles adhere to the heat transfer surfaces of the economizer that cools exhaust gases before they’re discharged to the atmosphere. This reduces its efficiency and can have debilitating effects including increased cleaning cost, corrosion and the risk of soot fires. An ocean-going 5,300-TEU container ship accumulates over 1,000 liters per year of soot collected when cleaning the economizer and taken ashore for disposal.

This study used economizer soot and represents a first attempt to recycle waste soot from ships into an active material for use in lithium batteries. The authors say it is a unique idea for using waste to produce renewable energy.