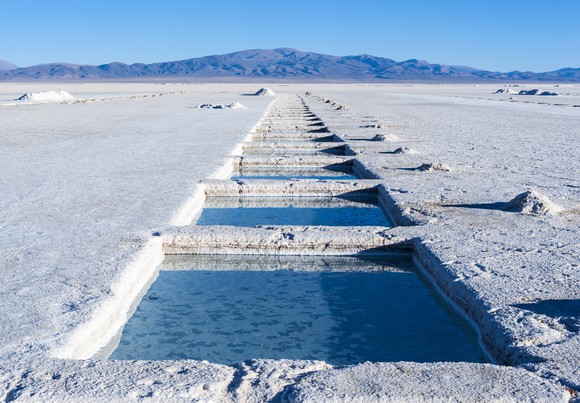 FMC Corp. (NYSE:FMC) is planning to separate its lithium segment from its core agricultural chemicals segment so each business can have its respective top management’s full attention. This move by the Philadelphia-based specialty chemical maker will provide an opportunity for investors to invest in a pure-play lithium stock that trades on a major U.S. stock exchange.

Lithium stocks began taking off in 2016, thanks to the robust demand for the silvery-white metal to make lithium-ion batteries for electric vehicles. They’ve pulled back this year, due in part to Wall Street firm Morgan Stanley’s February bearish forecast on lithium prices — which has holes, as I’ve outlined — but they’ve largely been bouncing back since April.

Here’s what you should know.

Timeline, and how the separation into two companies will work

FMC is targeting October for a $500 million initial public offering (IPO) on the New York Stock Exchange of approximately 15% of its lithium business. The remaining shares will then be spun off to FMC shareholders within six months.

A snapshot of FMC’s lithium business

Here’s what FMC’s lithium business looked like in the first quarter.

While FMC’s lithium business is only a small part of its total business, it’s quite large relative to other industry players. Most industry experts peg the company as the fourth or fifth largest producer of lithium in the world, behind Albemarle (NYSE:ALB) and Sociedad Quimica y Minera de Chile, or SQM (NYSE:SQM)— both of which also have businesses other than lithium — and China’s Ganfeng. China’s Tianqi was neck and neck with FMC for No. 4, according to an estimate from a few years ago by lithium expert Joe Lowry, who runs Global Lithium LLC.

SQM hasn’t yet reported its first-quarter results, so we can’t use this time period to compare the sizes of the lithium businesses of the three companies listed on a major U.S. stock exchange. So here’s how they stacked up by full-year 2017 results:

FMC’s lithium outlook for 2018 and beyond

Due to the lithium business’ stronger-than-expected performance in the first quarter, FMC increased its full-year 2018 outlook for this business, as follows:

FMC CEO Pierre Brondeau said on the Q1 earnings call that the company will realize higher lithium prices in 2018 than it did in 2017 because the “majority of our 2018 forecast revenue fall under multiyear contracts that have defined pricing.” For this same reason, as well as the company’s knowledge of the market, he said management is “pretty sure” lithium prices will continue to rise through 2020. He noted that by the end of this year, “we will have 80% of our 2020 lithium hydroxide capacity of 30,000 metric tons committed under long-term contract.”

In short, FMC’s lithium business could be a potentially attractive pure play on the “white oil” that’s powering the electric vehicle revolution, but we’ll have to wait to see how shares are priced.