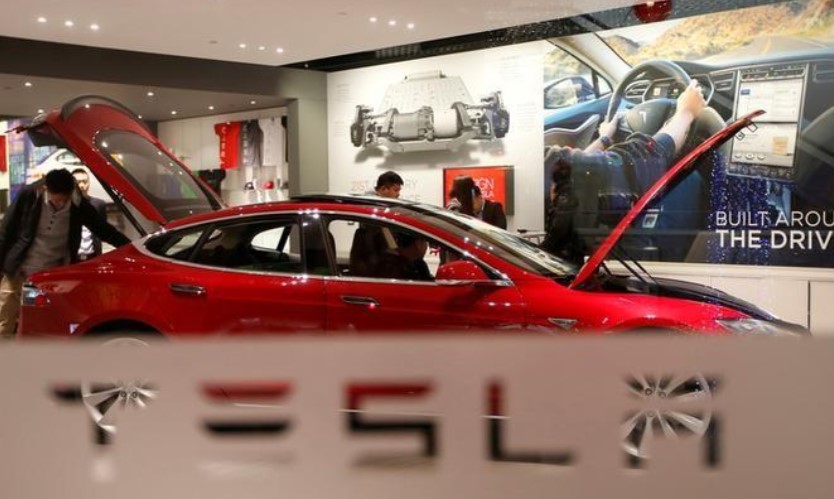 Australia’s Kidman Resources said on Thursday it will supply lithium for Tesla Inc’s electric car batteries, the latest in a string of deals by carmakers securing supplies of the mineral as demand surges for clean cars.

Lithium miners in Australia and Canada have seen their shares climb, buttressed by demand for electric vehicles, in part due to stricter car emissions standards around the world.

“This is one sector of our market that we are forecasting will continue to grow substantially,” said James McGlew, executive director for corporate stockbroking at Perth-based Argonaut.

Kidman’s shares rose 2.8 percent on Thursday, compared with a 0.2 percent slip in the broader Australian market. The stock is around 26 times its level in early 2016.

Tesla, led by Silicon Valley billionaire Elon Musk, has upended the market for electric vehicles. Buyers can’t get enough of its luxury cars even as production delays for its more mass-market Model 3 sedan have raised investor concerns.

Panasonic Corp, which currently produces battery cells for Tesla in Japan as well as at Tesla’s so-called Gigafactory in the U.S. state of Nevada, said last week it could jointly produce batteries with Tesla in China.

Over the next decade, the global lithium industry will warrant investments of $10 billion to $12 billion, an SQM executive said last month.

Kidman, which expects the processing plant to come on line in 2021, said on Thursday it was in talks with other “globally significant” parties seeking supplies of refined lithium.

“It would not be surprising if names such as Daimler AG or someone on those lines is the next to sign an agreement,” said Matthew Keane, Argonaut’s main analyst on Kidman.

“It is a low sovereign risk jurisdiction, good partner in terms of SQM behind it, you have a supportive government. It will attract a lot of ex-China players, as well as Chinese players, they are bidding for sure.”