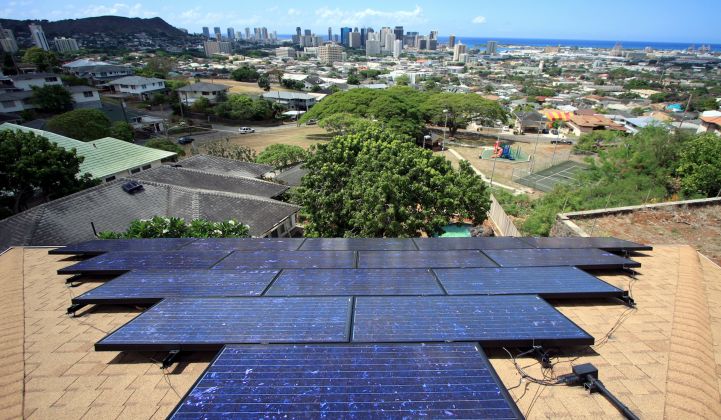 When dozens of utilities received stimulus funds for distribution automation projects in 2009, solar was barely a gigawatt-scale market in the U.S. Sandy was simply a lead character in Grease, not a superstorm that would prompt cities and states to reassess the future-readiness of their electricity systems.

Much has changed in America’s power sector in the past decade. Powerful storms have made resiliency a focus for the industry. In the past two years alone, 25 gigawatts of solar have been installed. Renewable portfolio standards have intensified in many states, and are increasingly being backed up by regulatory innovation that encourages utilities to rethink their business models.

The need for more flexible, resilient grids in the face of extreme weather and increasing distributed energy resources has made distribution automation all the more critical. DA brings together digital sensors and switches with advanced communication and software to automate activities on the distribution grid, thus providing increased visibility across the system.

As utilities are increasingly faced with requirements for hosting capacity analyses for distributed resources, DA has become a fundamental building block for the utility of the future.

“Getting the right information is key to generate the business case,” said Makary Tarnoff, senior director of strategic marketing at Aclara.

There are a multitude of lessons learned for utilities that want to leverage DA to mitigate impacts of distributed resources on their systems. “There isn’t a utility I talk to that doesn’t see that impact,” said Tarnoff. “Even the smallest ones are seeing it.”

Although DA applications have been around a long time, most utilities are still starting with point solutions. While that is not a problem by itself, it can create challenges as applications are layered onto the system in the future.

Some utilities have run into this problem when using their smart meter network for DA applications, but the communications network doesn’t have the latency requirements or the ability to prioritize messages to effectively run DA applications. For DA applications, network architecture and security are paramount, especially as more and more devices are added.

A roadmap is critical for making the right investment the first time. “Lay the foundation, but then modulate the approach based on the budget that you have,” said Kumi Premathilake, SVP of AMI at Aclara. “And keep planning for the future.”

When it comes to prioritizing investment, one of the first DA applications that can provide the best return is fault location isolation and service restoration. FLISR can be particularly attractive for utilities with more aggressive performance metrics. Hawaii, for instance, just became the first state to have performance-based ratemaking mechanisms in statute, and other states could follow.

FLISR also has the advantage of providing measurable impacts to customers, particularly in regions that have been battered by severe storms in recent years. Hours-long outages can be cut to minutes or eliminated entirely, delivering significant value to C&I customers looking for an even higher level of reliability.

Now that more than half the meters in the U.S. are digital, utilities have more visibility than ever down their distribution lines. But just seeing voltage at the end of the line isn’t enough, especially as DERs such as solar proliferate on distribution circuits. Now utilities need more granular information to feed into control systems like SCADA.

“The meter only tells the direction of current flow through the single meter,” said Tarnoff. “You need direction of flow at key locations on the electric grid. Tying that visibility into SCADA is critical.”

Along with visibility, communications with those devices can help control the power flows. The ability to see and then control distribution circuits allows for more accurate planning of DERs and surgical use of load control to manage intermittency of DERs connected to the grid.

With more distributed resources on the system, DA applications can allow for load control in new ways. For example, if electric vehicles create localized capacity constraints, distribution automation can moderate that impact. Tarnoff said some utilities are using DA to trade on locational marginal pricing to reduce the need to buy capacity when it is most expensive.

One utility in the Southeast has more than 2 gigawatts of capacity under load control, said Tarnoff, and now it can manage that capacity in tailored ways, and far more often.

“It’s entirely different than how they were doing load control before,” he noted. “And they can do it in less than 15 seconds.”