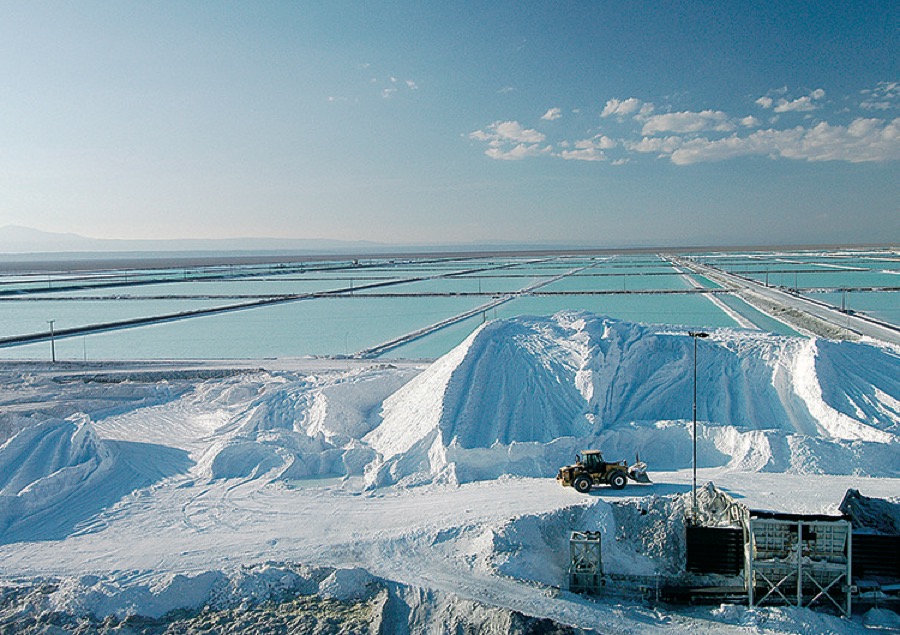 A foreign-backed miner has sued Chile to block state-run Codelco from exploiting a lithium deposit where both have claims, according to a lawsuit filed in March that will be carefully watched by potential investors being courted by the country’s new government.

But the legal conflict at Maricunga under the newly inaugurated conservative government of President Sebastian Pinera may prove a bellwether for foreign miners anxious to invest in Chile, which is home to half of the world’s lithium reserves.

Lithium is among the world’s hottest commodities and a key ingredient in the rechargeable batteries that power everything from cell phones and tablets to electric vehicles.

In its final days in March, the former center-left government granted Codelco a permit to operate in Maricunga – a critical first step in the top copper miner’s first foray into lithium.

At the same time, the country’s nuclear commission CChen granted Salar Blanco a permit to extract approximately 473,135 tonnes of lithium carbonate over 30 years. Chile considers lithium to be a strategic resource, citing its potential use in nuclear fusion.

But Salar Blanco says Codelco’s permit overlaps its property, alleging it was issued in error in a lawsuit filed with Santiago’s Appeals Court in mid-March, shortly after Pinera took office. The case has put a Codelco search for a partner at Maricunga on hold.

Codelco said in a statement filed with the court that Salar Blanco had sued only after it had decided not to take part in the Codelco tender.

Mining Minister Baldo Prokurica told Reuters in April that he hoped for a quick resolution.

“The worst that can happen is that this case drags on and that it slows the development of lithium,” Prokurica said.

Lithium Power International CEO Martin Holland said in an interview that he hoped the suit would be resolved in six months.

“With the new center-right government … looking to attract foreign investment into the country, I think this will be resolved sooner rather than later,” he said.

Maricunga’s 90 square miles (145 sq km) make it less than 5 percent the size of the sprawling Salar de Atacama. But Salar Blanco calls it one of the “highest-grade lithium brine salars globally.”

The permit to extract lithium obtained by the firm, which says it has invested around $30 million at Maricunga, was hailed as a turning point by investors put off by what some perceive as a heavy hand in the lithium industry under the previous government.

“With this new extraction and export license, the Chilean government is signaling the end of those obstacles,” Steve Cochrane, CEO of Lithium Chile, said in a statement in March.

Salar Blanco had initially sought to partner with Codelco in Maricunga, but Holland said it retracted its bid after concluding Codelco’s holdings were not in a “favorable position” in the deposit.

Chile’s biggest lithium producer, SQM, will be watching the proceedings with interest.

A contract signed in January requires Codelco and SQM to consider partnering at Maricunga, bringing a long dispute between SQM and the government to an end.

But a high-level executive at Codelco told Reuters in April that any such association with SQM, which in 2017 agreed to pay more than $30 million in fines to U.S. regulators to resolve corruption cases, would be “very difficult.”

Holland told Reuters that Salar Blanco has also had discussions with SQM.

“We’ve had many discussions with them over the years, and I’ll just leave it at that for the time being,” he said.