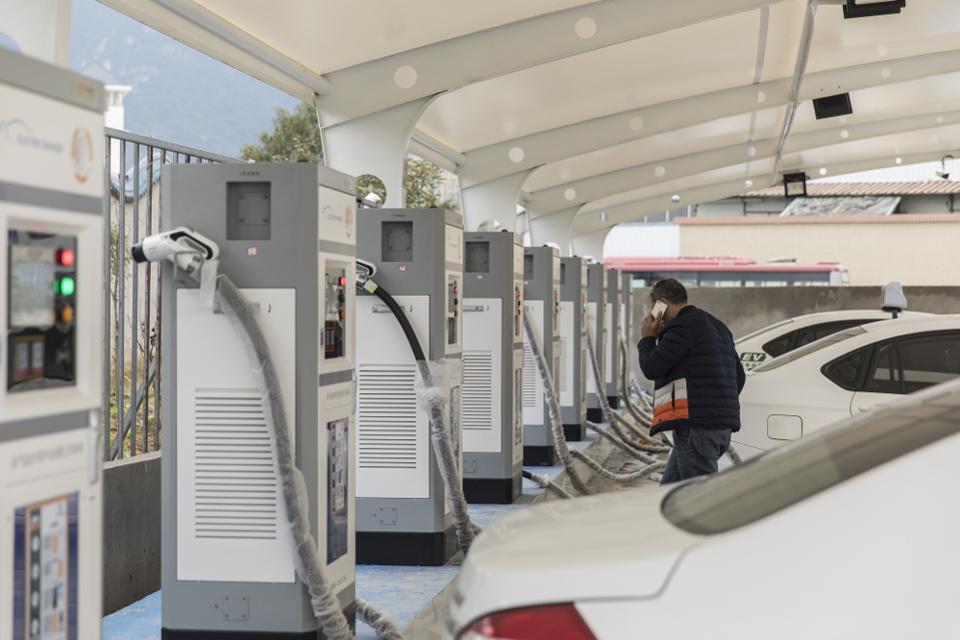 Fueled by large consumer and manufacturer subsidies, China has emerged as the global leader in electric vehicles (EVs) by a wide margin. Recognizing the importance of reducing air pollution in its densely populated cities, China began heavily subsidizing the manufacture of electric buses in 2010. At the same time, the Chinese government has been offering subsidies to manufacturers of all EVs, as well as subsidies of up to $10,000 per vehicle to EV buyers.

China’s aggressive subsidy program has propelled EV sales. According to the China Association of Automobile Manufacturers, China produced 770,000 EVs in 2017, a 53% increase over the year before and almost four times the 200,000 electric units produced in the United States. Of the 385,000 electric buses on the roads globally, 99% are located in China.

No company has benefited more from China’s emphasis on new energy vehicles than BYD Company Limited (BYD), the Shenzhen based manufacturer of autos, buses, trucks, forklifts and rechargeable batteries. BYD was founded in 1995 by entrepreneur Wang Chuanfu with $300,000 raised from friends and family. The company’s shares are now listed in Hong Kong (SEHK: 1211) and Shenzhen (SZSE: 002594) and the company boasts a market capitalization of HKD 140.73 billion ($17.9 billion).

In 2008, a subsidiary of Berkshire Hathaway, the investment company led by investment guru Warren Buffett, invested $230 million and took a 10% stake in BYD. Buffett and BYD, which stands for “Build Your Dreams,” are clearly dreaming about the large and rapidly growing market in China for electric vehicles. BYD makes both electric passenger cars and buses and has a reported 31% of China’s EV market.

Despite a rosy long-term picture, there are several clouds on the horizon affecting near-term performance. After experiencing double-digit growth in 2015 and 2016, BYD’s sales flattened in 2017, accompanied by a substantial hit to profitability. After increasing more than tenfold to HKD 5.1 billion ($644 million) from 2014 to 2016, BYD’s profits fell 20% in 2017. In addition to sales and profitability issues, China’s changing “EV Playbook” has created uncertainty in the marketplace, impacting BYD’s share price in the process. (China’s EV Playbook” is a term that Bernstein, a well-regarded Wall Street research firm, has coined to describe China’s strategy with respect to EVs.)

Despite erratic sales and profitability, BYD has been a stock market darling due to China’s strong support for EVs and Buffett’s endorsement. At the time of Buffett’s investment, BYD’s shares were trading at HKD 13 ($1.65). By October 2009, barely a year later, the shares had soared to an all-time high of HKD 85.50 ($10.89). While the company’s shares sold off in 2010 and 2011, the trend has been generally up since then—until the steep selloff in March that was triggered by changes now being implemented in China’s EV policies. Last Friday, BYD’s shares closed at HKD 53.95 ($6.87), almost 40% lower than the high achieved in 2009, and a loss in market value of over $9.0 billion.

Last September, China signaled that it would change its overall EV Playbook by shifting the burden of EV subsidies from the government to the automakers when it announced that automakers would be required to produce fleets with a corporate average fuel economy of 42 miles per gallon (mpg) by 2020, and 54.5 mpg by 2025. Failure to meet Beijing’s guidelines could result in production cutbacks of an automaker’s vehicles powered by less fuel-efficient internal combustion engines. At the same time, China announced its intention to phase out its manufacturer and consumer subsidies for EVs. As 2018 got underway, China began to make good on its proposed policy changes.

In February, manufacturer subsidies for many electric cars and plug-in hybrids were lowered by about 30%. The revamped subsidy program reduced payments to EV manufacturers from RMB 36,000 ($5,714) to RMB 24,000 ($3,780) for electric cars with a range from 200 to 250 kilometers per charge. At the same time, the minimum range to qualify for subsidies rose from 100 to 150 kilometers per charge.

These changes began to be phased in on February 11 and will be fully implemented on June 12. Going forward, state-level subsidies for EVs will range from RMB 15,000 to 60,000 ($2,380 to $9,524) per vehicle, depending upon range and battery density. In 2017, EV subsidies from China’s local governments matched the state level subsidies. At this point, it is unclear whether subsidies provided by the local governments will also change.

During the first quarter, new energy vehicle sales, which primarily includes EVs, increased by 154% to 140,000 units, with pre-buying ahead of the changes in subsidies undoubtedly accounting for some of the increase. Against this industry backdrop, BYD sold a total of 112,000 units in the first quarter, a 22% increase over last year. Of this total, BYD’s sales of new energy vehicles totaled 28,000 units, a 215% year on year increase. Plug-in hybrids accounted for most of these sales.

Despite respectable unit sales in the first quarter, BYD’s profit fell 29% and sales dropped 34%. Moreover, the company has warned that profits in the first half may plunge as much as 83% from a year earlier.

BYD will likely be under sales and earnings pressure as China’s policy changes take effect. As one of China’s largest maker of electric buses, BYD is a major beneficiary of bus subsidies, which are now being tightened. Cuts in manufacturer and consumer subsidies, particularly on the smaller, inexpensive cars produced by BYD, will continue to hurt both sales and profitability.

Even at today’s lower share price, BYD’s stock trades at 31 times earnings, a substantially higher price-earnings ratio than its automaker peer group. With such a lofty valuation, BYD’s share price will be particularly vulnerable to the uncertain environment created as consumers and automakers adjust to China’s new EV policies. As BYD’s shareholders may soon learn, dreams can sometimes turn into a nightmare.