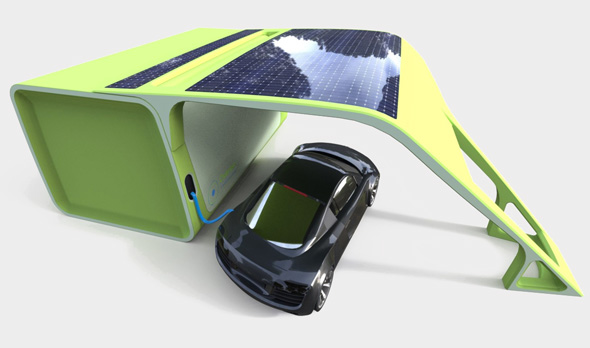 Even as electric vehicles appear to be on the verge of going mainstream, there are at least two major roadblocks holding back the technology. One is the lack of charging infrastructure outside of cities, which makes long-distance travel impossible, or at least nerve-wracking. Another significant inconvenience is the amount of time is takes, sometimes hours, to charge electric vehicles.

An Israel-based startup called Chakratec Ltd. is trying to solve both problems by developing a what it calls a kinetic battery device, which stores energy using a flywheel instead of relying on chemical compounds like in lithium-ion batteries.

In places where grid capacity is limited, flywheel batteries can be deployed to provide the powerful surge of electricity needed to recharge a car battery quickly. The current produced is strong enough to charge a battery in ten minutes, according to a promotional video by the startup.

A $4.4-million funding round announced Sunday will help the startup test its energy storage system as part of three pilots with European electric utilities.

The investment round, which was led by iArgento, an Israel-based family office, and Goldbell Corporation Pte Ltd., a Singapore-based distributor of industrial vehicles, brings Chakratec’s total equity funding to $7.6 million since its founding in 2013.