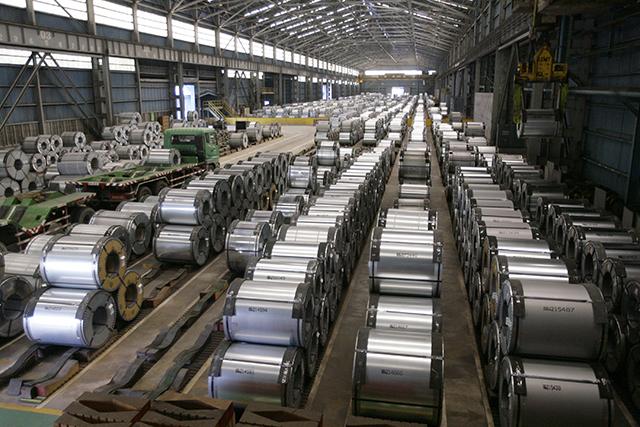 Base metals prices on the London Metal Exchange were on divergent paths on the morning of Tuesday May 15, with copper, nickel, lead and tin down by between 0.2% and 0.6%, while aluminium was unchanged and zinc prices had rebounded by 0.7%.

Precious metals prices were broadly down with gold off by 0.1% at $1,311.91 per oz, silver prices down by 0.2%, palladium prices weaker by 0.3%, while platinum prices were up by 0.1%. A firmer dollar has acted as a headwind again, negating any bullishness due to increased tensions in the Middle East.

Copper and lead prices on the Shanghai Futures Exchange were weaker by 0.7% and 0.4% respectively this morning, with copper prices at 51,230 yuan ($8,080) per tonne, while the rest of the complex was stronger. Nickel prices led the gains with a 1.4% rebound, while aluminium, zinc and tin prices were up by between 0.1% and 0.3%.

In wider markets, spot Brent crude oil prices were down by 0.32% at $78.21 per barrel this morning after a strong performance on Monday. The yield on US 10-year treasuries has climbed back above 3% and was recently quoted at 3.02%, while the German 10-year bund yield has firmed to 0.62%.

The dollar index was firmer this morning at 92.72 – this follows Monday’s rebound off a low of 92.24 – the brief pullback between May 10-14, appears to have been just a pause.

The economic agenda is busy today, with data already out showing a mixed picture in China. The country’s fixed asset investment fell to 7%, having previously been up 7.5%, retail sales increased 9.4% after a 10.1% rise, but industrial production surprised to the upside with a 7% gain, after a previous reading of 6%. Japan’s tertiary industrial activity fell 0.3% and Germany’s first-quarter preliminary gross domestic product (GDP) climbed 0.3%, having been expected to climb 0.4% after a 0.6% rise in the fourth quarter.

The two metals attempting a move on the upside are lead and nickel – lead probably because of the possibility of US sanctions against Iran which could impact lead exports. Meanwhile, nickel prices are upbeat as more nickel is now being consumed domestically in Indonesia, and therefore less is available for export, while the country ramps up stainless steel production.

On balance, across the base metals complex as a whole, we feel underlying demand is good, but with economic data not great, consumers feel in little need to chase prices higher.

The precious metals are oscillating sideways and most are in the lower half of their recent trading ranges, although palladium prices are holding up a bit higher than the rest of the complex. The stronger US treasury yields and firmer dollar seem to be keeping the cap on prices, even though there are heightened tensions over trade, sanctions and in the Middle East. We expect more sideways trading for now.