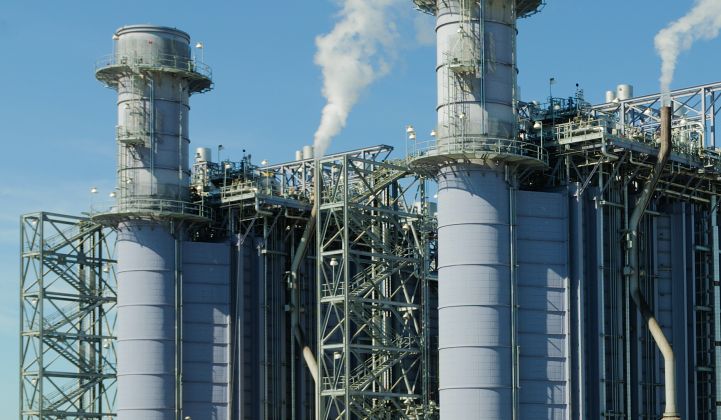 High-tech grid resources that have become commonplace in some utility territories aren’t even considered in others.

The disparity in adoption of tools like battery storage means that ratepayers in some places get a fuller consideration of alternatives for utility investment. That analytical process impacts the kind of investments utilities end up making and the rates their customers have to pay.

From Dominion’s perspective, the price point of battery storage wasn’t ready for full consideration. For the storage industry, the time has already come.

“There’s really no excuse for any utility today to ignore storage as an investment option,” said Kelly Speakes-Backman, CEO of the Energy Storage Association.

Dominion Energy’s integrated resource plan studies the regulated utility’s expected needs through the next five, 15 and 25 years. The document embraces new solar energy and even maps out scenarios for possible carbon regulation, while affirming the need for a more modern, flexible electricity system.

“A modernized grid will create a more dynamic system that is better able to respond to the growth of utility-scale solar facilities and the proliferation of smaller, widely-dispersed distributed energy resources,” the document states.

That vision of an increasingly flexible, renewably powered grid sounds like a natural fit with energy storage, but Dominion’s document sidelines that resource from any meaningful role in the planning process.

“In addition to pumped storage hydroelectric power, the Company continues to monitor advancements in other energy storage technologies, such as batteries and flywheels,” the IRP states.

Meanwhile, the utility’s analysis calls for at least eight new combustion turbine plants totaling 3,664 megawatts by 2033, no matter which carbon regulation scenario comes into effect. Most of the scenarios include even more combustion turbines.

“At this point in time, natural gas provides the most cost-effective way for us to back up intermittent renewable energy sources,” Daudani said. “However, as costs shift we could see batteries take on a greater role, just as renewables have in recent years.”

He added that storage will likely play more of a role in the next IRP filing, slated for 2020.

In particular, the legislature authorized a 30 megawatt pilot in the recently passed Grid Transformation & Security Act of 2018, which came together too late for full consideration in this IRP. Storage will become increasingly valuable as Virginia adds gigawatts of solar generation in the coming years.

Dominion understands the value of grid storage, Daudani noted, because the utility has been operating the 3,000 megawatt Bath County Hydro Pumped Storage Facility since 1985.

That single project wields 5.5 times the capacity of all U.S. storage deployments expected this year, according to GTM Research. But pumped hydro and advanced batteries operate very differently.

Pumped hydro looks like a massive infrastructure project: it needs both a very specific topology and permission to flood it. New construction in the U.S. has all but ended, although Dominion is scoping out a new one in Virginia’s coal country.

Lithium-ion batteries, on the other hand, can slip into sites large and small with minimal effect on their surroundings. They can deliver capacity in the middle of dense load pockets, because they don’t emit any point source emissions like a gas or coal plant does. And their rapid response capabilities work particularly well with the fluctuations of solar generation on the grid.

Dominion’s theory, that storage is worth monitoring but not yet ready for full consideration, conflicts with the outlooks at other utilities that have already put storage to good use.

With a statewide procurement mandate and supportive regulators, California utilities have begun considering storage instead of new gas plants, and even buying new storage in place of existing gas plants.

In Arizona, utilities have found business cases in the absence of state policy drivers. Arizona Public Service turned to storage to maintain reliability in the remote town of Punkin Center, at half the cost of a traditional wires upgrade. It also awarded a peak capacity contract to a storage project that beat out gas plants in open competition.

Outside of the desert Southwest, the governors of Massachusetts and New York have prioritized storage as a cleaner alternative to fossil fuel peak power plants.

And Dominion’s neighbor, Duke Energy, has pursued multi-megawatt energy storage projects to meet specific grid reliability needs. In its updated 2017 IRP, Duke said it wants to own up to 75 megawatts of storage across the Carolinas.

“These deployments will allow Duke Energy and its customers to evaluate the costs and impacts of batteries deployed at a significant scale, explore the nature of new offerings desired by customers, and fill knowledge gaps,” that document notes.

Can storage be ready for construction in one part of North Carolina, but not another?

“I don’t think it’s the right course for them to be ignoring storage,” said Will Cleveland, staff attorney focused on Virginia energy policy at the Southern Environmental Law Center. “Dominion is a little bit behind the curve in how they evaluate new and upcoming technologies and the cost curves that they have.”

A tension also exists between the long lead-time planning that utilities conduct and the rapid pace of change in storage technology. Prices and capabilities keep moving faster than utilities are used to from traditional grid technologies.

Even as APS moved forward with the aforementioned projects, it prepared an IRP that downplayed utility-scale solar and storage and banked on massive gas plant construction to meet peak demand.

That stance provoked an unexpected response from the all-Republican Arizona Corporation Commission: it rebuked the utility plan and froze new gas plant development for 2018, as it considers a grid modernization overhaul to leverage storage for peak power.

Left to its own devices, storage will likely continue to spread unevenly, giving some populations more alternatives to large and costly gas plant investments.

In cases where regulators or political leaders pushed utilities to pay more attention to energy storage, though, they consistently have found attractive projects to put it to use.