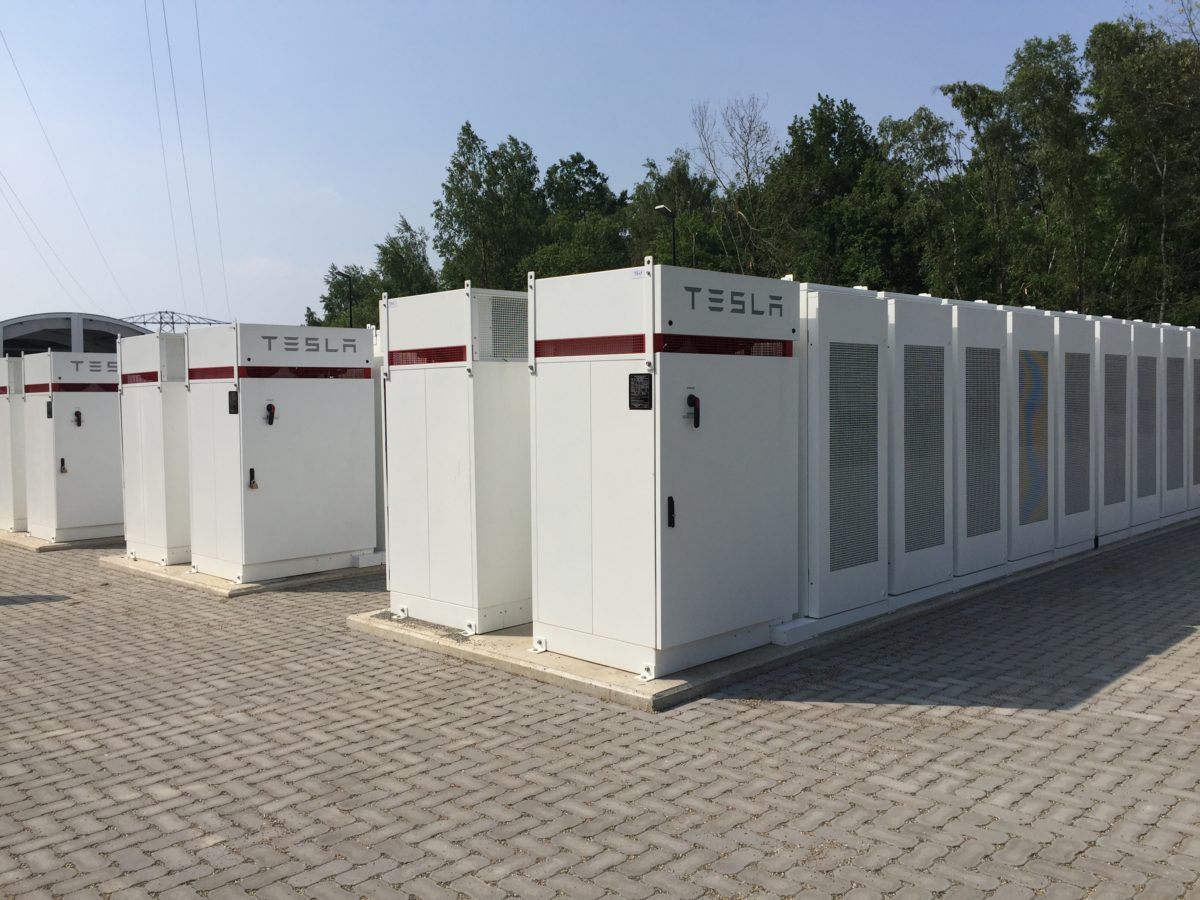 The installation of an 18 MW battery storage system shows the Belgium region of Flanders’ pioneering work in integrating innovative storage systems to its electricity grid.

Belgium is clearly back as a leading European market for renewable energy and storage deployments. While the country is still not within reach of its peak of 1 GW PV capacity added in 2011, it added an impressive 271 MW last year, over 50% more than the 179 MW in 2016. Of the 3.8 GW of cumulative installed capacity by the end of 2017, 73% is in Flanders, one of three regions in Belgium (Wallonia and Brussels Capital Region being the other two). At today’s official inauguration of a 18 MW battery storage project in Dilsen-Stokkem, Flanders is also showing its pioneering work in integrating innovative storage systems to its electricity grid.

The 140 large Tesla-supplied batteries have been integrated into the primary reserve of Elia, the national grid administrator in Belgium. As Dirk Rosenstock of REstore Deutschland GmbH explains to pv magazine during the inauguration, Antwerp-headquartered REstore worked with Tesla and the regional investor LRM to install a virtual power plant of between 30 to 40 MW to provide grid stabilization services. Tesla’s 140 batteries form the backbone of this plant and according to Evan Rice, director, sales & service, EMEA energy products, are able to charge and discharge one hundred times faster than conventional fossil fuel power plants.

According to Rosenstock, the other 12 to 22 MW of power are provided by a range of industrial energy users attracted by the revenue opportunity offered by providing grid stabilization services. Acting individually, these industrial users could not easily participate in this market. But with REstore acting as the smart aggregator, this revenue opportunity is made available to this customer group. And with Tesla’s 140 batteries providing a highly responsive backbone, this €11 million investment represents a cutting-edge green solution to help stabilize Europe’s grid.

“From black to green” is how Jan-Willem Rombouts, co-founder and co-CEO of REstore, describes the transition in the Terhills SME park in Dilsen-Stokkem, where this facility was built in just five weeks. Back in the 1920s this area had become an important coal mining area in Flanders and its hills and lakes are now at the cusp of becoming a model green micro-grid. The 18.2 MW battery storage facility marks the beginning of this transformation. As Stijn Bijnens, CEO of Limburg investment company LRM, explains: “The batteries’ function will be twofold: chiefly, they’ll be used for Elia’s primary reserve and to help balance out the power grid. Secondly, they fit in with the well-thought energy strategy for the planned holiday resort on the site. The Terhills resort will be the first vacation park to run on direct current.”

Two large-scale PV power plants, including a floating PV system, will provide clean power to this DC micro-grid. So if Tesla’s 140 batteries can save 67,000 tons of CO2 per year, this will be a good deal more once solar PV is added to the distributed energy mix at a later stage. Then again, given the modularity of Tesla’s battery solution, its range of benefits and deployment speed, it would not be surprising to see a battery capacity ramp-up as this micro-grid unfolds. The transition from black to green promises to be an exciting one and pv magazine plans to return to Limburg and Flanders to report on the next chapters of this rollout.