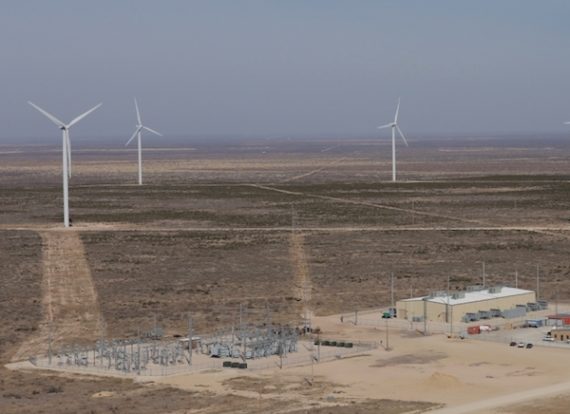 Last week, CleanTechnica took a look the Energy Department’s vision for long duration energy storage, and we kind of brushed right past the nuclear energy angle. Here to fill in the gap is Mike Jacobs, senior energy analyst with the Union of Concerned Scientists’ Climate & Energy program.

Is There Something Going On Between Nuclear Energy And Energy Storage?

CleanTechnica called upon Mike to provide some additional insights into the Energy Department’s “DAYS” program, which is aimed at developing next-generation energy storage that can provide electricity in the 10-to-100 hour range.

A main goal of the program is to accelerate the transition away from fossil fuels and into wind and solar, while ensuring grid reliability and stability.

In an exclusive email to CleanTechnica, Mike indicates that the agency’s $30 million in funding is needed because the need for long-duration energy storage hasn’t jogged private investment dollars into action yet (following are Mike’s remarks in full, unedited except breaks added for readability and explication):

The ARPA-E initiative for long-duration energy storage (DAYS) is a welcome contribution to the RD&D stimulation of new solutions for our economy. The economic signals for private sector investment in long-duration stationary storage are weak, because the “customer” in the utility sector has separated the competitive power plant market, which has a short time horizon, from the responsibilities for reliability and over-all integration of technology types.

Mike notes that pumped hydro, which is virtually the only bulk energy storage technology on the market today, has limited application:

You can see the change in the utility industry that once supported the construction (if not new innovations) of long-duration storage. As ARPA-E says, pumped storage hydro (PSH) has played a role on the grid, but has been limited by the large size that inhibits financing and the large environmental impacts that reduce the chance for permitting.

The nuclear angle comes in where Mike points out that the nuclear energy boom spurred the development of pumped hydro:

The boom-times for PSH was when the utilities were building nuclear power plants, and the storage in PSH was intended to absorb surplus production from nuclear plants at night and use that energy in the day.

Nuclear or not, the basic problem still is that without the investment motivation, the private sector is not going out on a limb to develop new long-duration energy storage technology:

The utility industry does not make such coordinated and long-term decisions now. The competitive market supplies the next needed increment of supply at the lowest possible cost.

There Is Something Going On

Before we get to the rest of Mike’s email, let’s pause and note that our friends over at Oil & Gas Journal picked up on another side of the nuclear angle.

Put the two together, and you get the idea that advances in long-duration energy storage could benefit the nuclear energy sector in addition to accelerating wind and solar grid integration.

Wind And Solar Are Winning, So Far
There is a case to be made for continuing to invest public dollars in nuclear R&D, but it’s also possible that if nuclear energy fills any role for generating electricity in the sparkling green future, it could be a very small niche.

That appears to be the case in the US, where the nation’s fleet of nuclear power plants isn’t getting any younger. As Mike describes it, long duration energy storage could fill in the US grid puzzle pieces where nuclear was supposed to fit:

The role of storage in supporting wind and solar grid integration is important, and 10-hour storage technology would re-make the electricity sector, as I described in my blog. For no other reason than age, the electricity sector will need new power plants as the plants that were built in the 1960s and 1970s.

Already, wind and solar are filling the need. The tools available today for grid integration are serving the need now. The power pools created for an economic and reliable power supply before wind and solar came along are demonstrating the ability to integrate very large levels of renewables.

Mike also cites examples where wind and solar grid integration are sailing along nicely, even without long duration storage:

The Midcontinent ISO grid operator includes the state of Iowa, which uses windpower to produce 36% of the electricity generated annually in state, some 7,300 MW. Texas, most of which is served by grid operator ERCOT, has over 22,600 MW of operating wind generation. ERCOT presently has over 20,000 MW of installed wind generation capacity, with more in the interconnection queue.

In short periods, Southwest Power Pool has operated their grid at 62% wind. In Europe, the UK has seen wind serve 35% of Britain’s electricity use, with more under construction.

To be clear, if the nuclear picture looks gloomy in the US, that’s just the US. In other countries — China (thanks, Bill Gates!) and Saudi Arabia, for example — policy makers are all over nuclear energy.

How Long Do We Have To Wait For Long Duration?

CleanTechnica has taken note of some concerns that electricity stakeholders are using energy storage to keep leveraging natural gas and coal into the grid. That’s what happens when your energy storage is designed to fulfill daily cycling needs rather than longer periods of time.

That leveraging is going to grow weaker as more wind and solar are added to the grid. Even without the benefits of long duration storage, the financials favor renewable energy:

At some point in the future, when every grid has high levels of renewables and all the old and inflexible conventional generation has retired, the 10-hour duration storage contemplated by ARPA-E will be vital.

Right now, these existing means to integrate wind and solar are truly cheap. The success of the power pools, the flexibility of existing generation, the retirement of old plants all provide alternatives to energy storage.

When those tools have been used to their limits, the contest everywhere will be between gas-fired peaking plants and longer-duration storage. Wind is already cheaper than burning gas simply on fuel price.

If the ARPA-E DAYS program leads to storage technology that can be built in competition with gas-burning plants, the conversation changes from “integration” of renewables to “elimination” of carbon-emitting generation.

Any thoughts? Leave us a note in the comment thread.