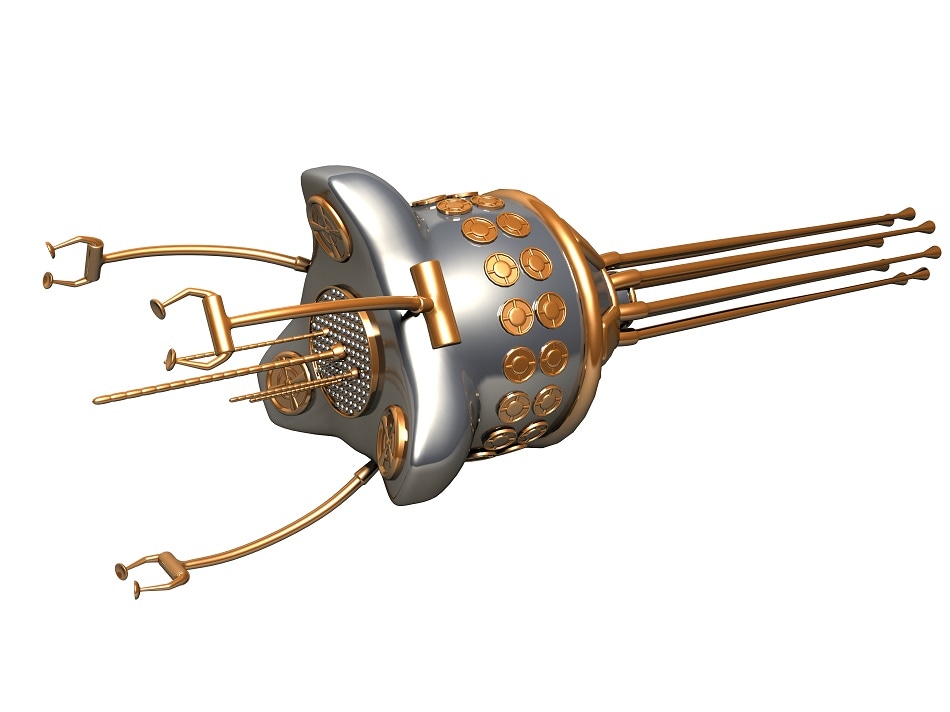 Nanotechnology has the potential to completely change the world around us. Already, nanoscale technologies have revolutionised medicine by allowing for the detection of bacteria in bloodstreams and potentially even cancer; they’ve changed drug delivery and nanoparticles are even used in sunscreen. Futurists and sci-fi fans even dream of a futuristic age of nanorobots that can manipulate matter on the molecular level, potentially giving rise to ‘nanofabrication’ of a vast array of different products. Other nanotech concepts include ‘foglets’ – nanorobots that could behave like programmable matter, and could reassemble themselves into any desired shape. In such a brave new world, the furniture in your home could rearrange itself into an entirely new form. Tools and even manufacturing robots could reshape themselves on the fly to respond to new requirements. It is “such stuff as dreams are made of.”

Time will tell whether nanotechnology can really live up to the great promise that many consider it to have, and how long this will take. But it’s worth noting that the founders and earliest thinkers in the field were convinced that this technology had the potential to change the world.

Many people trace the origin of the field of nanotechnology to a famous lecture given by visionary physicist Richard Feynman back in 1959, entitled “There’s Plenty of Room At The Bottom,” – although at the time, the talk was considered speculative and did not kick off an early flurry of activity until it was republished in the 1990s. In the talk, Feynman speculated on the possibilities of manipulating matter on the molecular scale – approaching the physical limits of what could be achieved. Miniaturization had already started by 1959; Feynman mentions a recent achievement of writing the Lord’s prayer on the head of a pin – but then points out that it’s equally physically possible to write the entire Encyclopedia Britannica in the same place – all of human literature as computer code in a material the size of a grain of dust.

Feynman discusses miniaturizing computers. (The specific application he has in mind is facial recognition, which is a boon for modern neural networks.) He then, prophetically, predicts that manipulating materials on the atomic scale will give rise to a whole range of properties:

What could we do with layered structures with just the right layers? What would the properties of materials be if we could really arrange the atoms the way we want them? They would be very interesting to investigate theoretically. I can’t see exactly what would happen, but I can hardly doubt that when we have some control of the arrangement of things on a small scale we will get an enormously greater range of possible properties that substances can have, and of different things that we can do.

Researchers into graphene and van-der-Waals heterostructures, as well as thin-film photovoltaic materials like solar panels and LEDs, will recognise the world that Feynman is describing here.

At the time that this was written, these technologies – even the electron microscopes that would allow matter to be resolved and seen on the level of individual atoms – were really in their infancy. It took until the 1980s for nanotechnology to be revived, and this is generally credited to Eric Drexler – although Norio Taniguchi coined the term “nanotechnology” in 1974 to refer to certain thin-film manufacture processes (and was rewarded with a lifetime achievement award by the European Society for Nanoscale Engineering in 1999.)

In 1980, Eric Drexler first encountered Feynman’s speech – but by this stage, developments in technology were allowing observation and manipulation of individual atoms and molecules to become a reality. The scanning tunnelling microscope of 1981 allowed for the atomic structure of individual surfaces to be visualised; manipulation of carbon nanoparticles included the discovery of fullerenes in 1985. When, in 1986, Drexler wrote “Engines of Creation: The Coming Era of Nanotechnology”, that seminal work made most of the predictions that futurists still dream about today. Drexler envisioned “assemblers” that would be capable of manipulating individual molecules. He pointed out that, given that biological systems have evolved to be capable of transporting and arranging different molecules and catalysing individual chemical reactions through the use of enzymes, there was no reason in principle to imagine machines that could not do something similar.

Even then, Drexler foresaw the potential danger of such technology, which has led to the controversies that have surrounded nanotechnology ever since (as well as providing some excellent plots for science fiction, such as Greg Bear’s Blood Music.) He postulated a “grey goo” scenario where replicators run amok, uncontrollably converting all matter in the Universe into more of themselves. Nowadays, Drexler is much more sanguine about this prospect – which came in for some criticism – arguing that the real future of molecular manufacturing rests with nanoscale tools rather than creating machines that can replicate themselves.

Nevertheless, the ethics of nanotechnology remains an important consideration as it becomes ever more pervasive throughout manufacturing and engineering. As with most fields of technological endeavour, the great benefits that nanoengineered structures can provide also come with a responsibility to use the technology wisely. The journey of nanotechnology began as a dream in the 1950s: parts of that dream have already been realised. It remains to be seen definitively how much is possible and practical through manipulations on the atomic level.