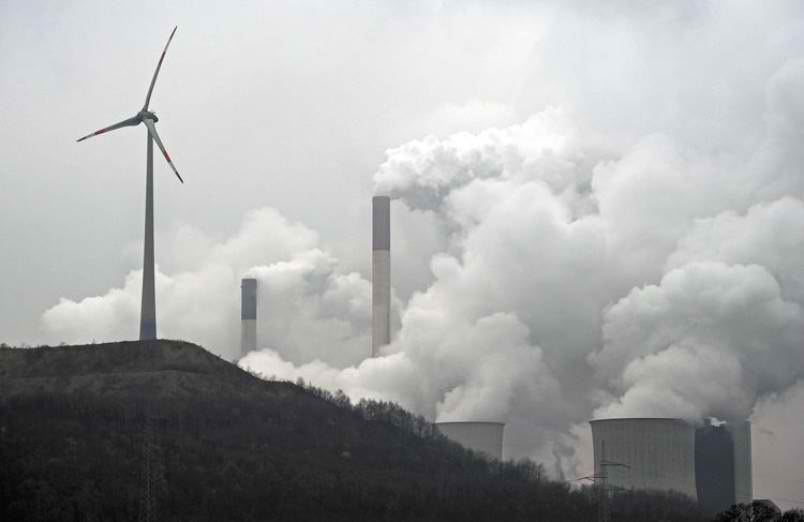 We need to switch to a low carbon economy. There is no question about this amongst scientists studying the environment.

Our present modes of energy production rely heavily upon the use of carbon based fuels.

Whether it is oil, natural gas, coal, gasoline or any other form of fossilized carbon, we get 82 per cent of our energy from the combustion of carbon-based compounds to generate carbon dioxide and water vapour.

Shifting the balance to other forms of energy – such as nuclear, wind, solar and tidal – is critical if we are to reduce our carbon dioxide emissions and potentially reduce atmospheric levels. But such a shift in our energy mixture comes with its own associated problems.

In a recent article in Chemical & Engineering News, entitled Recycling renewables, the authors look at the costs associated with bringing renewables on-line.

While the numbers are significantly less than the 11.6 billion tonnes of annualized carbon dioxide emissions presently generated by our modern economy, they do present a sobering look at future costs.

Consider wind turbines. The blades of a modern turbine are 60 metres in length and weigh 15 tonnes. They are typically composed of borosilicate glass fibre mixed with a thermoset resins.

If the resins are a cross-linked polymer, recycling becomes very difficult.

It is estimated by 2038, 300,000 tonnes of blades will need to be disposed of annually in Europe alone. The total amount of waste in other parts of the world has yet to be determined as the technology has not reached a point where there is a steady turnover in old blades. Each one has a typical lifespan of between 20 and 25 years, so there will be a fair amount of waste in the form of old blades in the coming decades.

Can the blades be recycled?

There are a number of scientists and engineers working on the technology, but the massive size of each blade makes the task difficult. Recycling starts with chopping the blades into transportable pieces. Mechanical crushing generates smaller and smaller bits until the fibres reach an appropriate length for the next stage of their life which might be as blown insulation or as a form of composite board to replace sheet rock. The technology is still in the development stage.

While this end-of-life recycling of the material components of a turbine provides some relief, it is estimated the construction of a wind turbine from raw materials consumes the equivalent of 80 per cent of the energy generated during its lifespan. Building a wind turbine takes a lot of energy and involves a fair amount of inorganic material, which is mostly derived from petroleum.

So while wind energy is much more environmentally friendly than fossil fuels, wind turbines do have their own environmental impact.

There is a balance involved which will hopefully improve as more turbines are built and new designs are generated.

What to do when the wind refuses to blow? The answer is to store energy in various other forms. One technique presently being employed is to use the energy generated by a wind turbine to move water back into a reservoir where it can be used to power a hydro-electric facility. Dams are much easier to control and can be turned on or off at will, unlike a wind turbine.

However, the answer most of us are already using is a rechargeable battery. Lithium-ion batteries rely on the intercalation of lithium into metal oxides as a mechanism to save energy for when we need it.

These batteries are both lighter and longer lasting so they now dominate the market.

Nothing lasts forever, though, and batteries eventually die. By 2025, it is estimated we will be generating 600,000 tonnes globally of waste from lithium batteries and much of this will not be easily recycled. Recycling lithium batteries in small scale electronics, such as smart phones and tablets, will likely be uneconomical.

On the other hand, a 435 kg storage battery will have upwards of $2,000 worth of recoverable metals inside. The challenge is isolating the metals from the remainder of the battery’s components.

The most interesting components of the battery from a recycling perspective are the transition metals cobalt and nickel which are found in the cathode. These metals can be extracted by simply burning up the rest of the battery.

Indeed, there is enough energy in the remainder of the battery to convert the cobalt and nickel to metallic slag which can then be purified.

But such a conversion results in its own set of waste materials and potential hazards. And, of course, there is the embedded energy in putting the battery together in the first place.

We need to move to a low carbon economy but along the way, we are also going to have to devise better ways to deal with the next generation of waste.