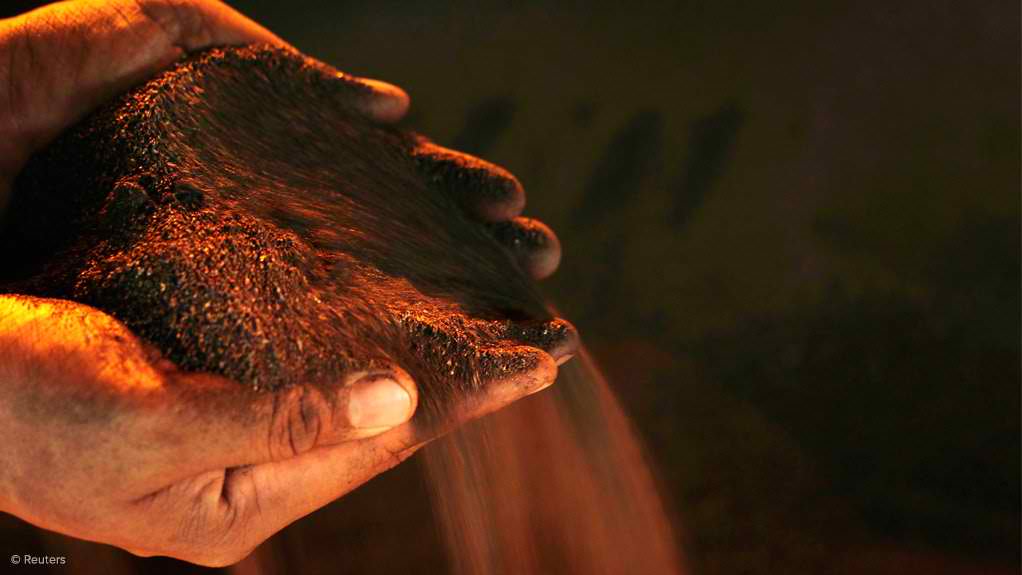 Building on from the late fourth-quarter debt restructuring with its joint-venture partners at the Ambatovy nickel/cobalt mine, in Madagascar, the company has made further good progress tp reduce debt in the first quarter, successfully undertaking a tender offer for its three public series debentures.

“We were able to buy back about $120-million in debt for a price of about $110-million. We’d like to see a cycle-proof balance sheet by further reducing debt and leveraging our exposure to the rising nickel and cobalt prices,” Pathe pointed out.

According to Pathe, the first-quarter results demonstrated the progress management has made to restructure the company’s finances in order to allay market concerns regarding the structuring of its former balance sheet and high debt levels.

Last year, the company swapped a 28% equity stake in the Ambatovy project – reducing its holdings from 40% to 12%whilst remaining the operator – and in the process eliminating about C$1.4-billion in debt from the balance sheet.

“It had a dramatic effect on our recent first-quarter financial statements that reflect the full impact of that. It really was quite milestone for us, and took our debt levels from more than C$2-billion to about C$700-million, which is more in line with our capacity. Our exposure to Amabtovy is now also more in line and of similar size as the rest of our portfolio,” Pathe said.

He outlined how the company has emerged from a prolonged period of low nickel and low cobalt prices, until relatively recently. During that time, management’s focus was on managing liquidity, and the balance sheet, making the restructuring of Ambatovy really pivotal for the company. It was the culmination of four years of withstanding a severe and protracted price drought and trough, coupled with high debt levels and spending commitments at Ambatovy.

“We’ve now hopefully removed the market’s immediate balance sheet and liquidity concerns, and are focused to get us back to a position where we can plan for the longer term again, along the potential of rising nickel and cobalt prices,” he said.

The company is really only now starting to see the benefit of its focus on cost containment as metals prices are creeping up, Pathe pointed out. He noted for instance that at the Moa JV, in Cuba – where the bulk of Sherritt’s cash flow for metals are generated given the structuring of Ambatovy – it is already starting to see positive cash flows cash coming out of the operation over the last three quarters, with the first quarter delivering about C$18-million in cash flow from the laterite mining operation alone. “Because of the scale of that operation, there’s a lot of leverage to the nickel price,” Pathe stated.

“We’ve had our costs at Moa fall over the last two quarters to the bottom quartile of low-cost producers in the world. We produce a Class I battery-amenable nickel briquette. Every dollar increase in the nickel price is worth about C$40-million a year to us in cash flow,” Pathe noted.

“With our balance sheet restructured, we don’t have a debt maturity until the fourth quarter 2021, so we’ve now got quite a long runway ahead of us before we need to worry about debt again, and in the meantime enjoy the benefits of our work,” he said.

Nickel prices continued to rally in the three-month period ended March 31, sustaining the momentum established in the second half of 2017. The average reference price in the period was $6.03/lb, up 29% from $4.66/lb in the first quarter of 2017. The average reference price for the period marked the highest since the first quarter of 2015 when it was $6.50/lb.

The year-on-year price improvement was driven by a number of developments, the main one being the growing understanding of the important role that Class I nickel will play in the growing electric vehicle (EV) market. Class I nickel, along with cobalt, are key metals needed to manufacture EV batteries. Demand for Class I nickel and cobalt are expected to grow significantly beginning in 2019, when China expects to begin production quotas requiring that 10% of all vehicles manufactured be electric.

Sherritt said the near-doubling of cobalt prices over the past year is mainly linked to the growing strong demand emanating from the EV battery market. Higher cobalt prices were also driven by geopolitical and supply risk concerns given that the Democratic Republic of Congo is currently the world’s largest source of cobalt.

As cobalt prices have a limited impact on overall battery pack costs, high prices are not expected to cause supply-chain disruptions or delay EV market growth. As a result, the risk of cobalt substitution in EV battery production in the near term is relatively low given cobalt’s unique energy transference properties.

Sherritt reported that its Moa JV produced 2 854 t of finished nickel in the quarter, down 26% from the 3 840 t produced a year earlier. Finished cobalt output was 336 t, down 23% from 436 t a year ago. Sherritt attributed this to the reduced availability of mixed sulphides caused by the highest level of rainfall at Moa’s operations in more than 20 years, which limited access to planned mining areas, as well as transportation delays to the refinery by the rail service provider.

Meanwhile, Sherritt’s gross working-interest oil production in the period, in Cuba, was 5 572 bbl/d, down 63% year-on-year from 15 213 bbl/d for the comparable period of 2017. The decrease was primarily owing to the expiration of the Varadero West production sharing contract in November, natural reservoir declines and the absence of new development drilling.

Subsequent to quarter end, Sherritt finalised the evaluation of available and proven technology to complete drilling of the second well on Block 10 targeting the Lower Veloz reservoir. Drilling is slated to resume in early July, with preliminary drilling results expected in the third quarter. The company has budgeted $13-million for the Block 10 drill campaign.