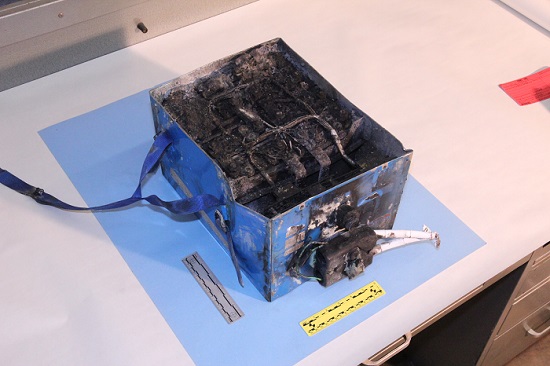 In the last decade or so, media reports about lithium battery overheating, explosions and fires became much more frequent, leading to worries about their safety.

As electronic devices increase in portability and lithium-ion batteries increase in number to accommodate these devices, battery manufacturers, standards agencies and consumers must get on the same page to ensure that battery fires and explosions stay at a respectable minimum.

Starting around 2010, many aircraft manufacturers incorporated lithium-ion batteries for powering in-flight systems. Shortly after the introduction of the Boeing 787 Dreamliner, a handful of incidents involving battery fires in these aircraft were widely reported. Several dozen reported battery fires — all due to manufacturing defects — in Galaxy Note 7 phones led to Samsung recalling 2.5 million devices in 2016.

Lithium-ion batteries contain a flammable chemical electrolyte. If a battery is stressed beyond its capacity, its electrochemistry can experience thermal runaway and overheat, which may ultimately cause a fire or explosion. What’s more, lithium-ion batteries are often included as a single cell of a multi-cell battery pack, so thermal runaway in one battery can spread to the other cells and worsen the effect. In short, lithium-ion chemistries can be dangerous.

Exploding phones and aircraft fires make great news stories. But in reality, lithium-ion batteries are safe and an extremely effective means for energy storage and incidents are rare.

“In general lithium-ion batteries are quite safe,” said Ken Boyce, director of principal engineers for UL’s Energy and Power Technologies Division, in an interview with Electronics360.

“The overall failure rate is estimated to about 1 in 10 million, which is a pretty small number, and we should feel pretty confident about that. Now, there can be instances where for a certain battery — for example, those that have been involved in some of the very public-facing recalls — the failure rate is much higher because of those manufacturing defects, or other factors that maybe reflect design problems.”

Lithium-ion chemistries are so effective that their use and production is expanding rapidly in almost any application requiring rechargeable batteries. Lithium-ion batteries are now common in portable electronics like smartphones, laptops, handheld game systems and cameras, handheld power tools, electric vehicles and radio-controlled devices like drones. With an uptick in use, it’s natural to expect an increase in accidents.

“There are billions and billions of these lithium-ion batteries now being introduced in electronics, e-mobility devices, electric vehicles and drones every year,” Boyce explained. “All sorts of different applications are now using this lithium-ion technology, so as we see billions and billions of cells introduced, now 1 in 10 million starts to become more relevant in terms of the types of incidents we’ve seen.”

The Importance of Standards…

Battery defects are a leading cause of incidents. Potentially conductive contaminants, which can later lead to thermal runaway conditions, are sometimes introduced during the manufacturing process. Batteries have a separator that controls their electrochemistry by isolating the anode and cathode. Damage to the separator during the manufacturing process provides an easy route for the battery’s electrochemistry to overheat.

Battery standards provide guidance as to the manufacturing process as well as test methods to help ensure safety. General battery standards like UL 1642 and NEMA C18.2M, describe methods for shock, vibration, short circuit, overcharge, over discharge and crush testing, among others.

Lithium-ion batteries are unique in that the way they are used is just as important as their internal integrity. Individual batteries are often incorporated in battery packs with associated electronics, so when discussing safety the integrity of the entire electrical system comes into play. As a result, while cell standards like UL 1642 are important, application-specific standards are equally critical.

For this reason, many standards bodies have introduced application-specific standards that cover safe use and manufacture of lithium-ion batteries. Standards like UL 2271, UL 2580 and SAE J2929 cover battery use in electric vehicles, UL 2272 evaluates the safety of the electrical system and battery and charger system combinations of personal e-mobility devices such as hoverboards, e-skateboards and small e-scooters, and IEEE 1625 and 1725 cover rechargeable batteries for mobile computers and mobile phones, respectively.

“The exciting part about UL 3030 is that it builds on fundamental research we’ve been doing on battery technology and battery vulnerabilities, especially lithium-ion, and it really looks at the whole system,” Boyce explained. “So it first looks at the individual cell, which is the smallest discrete battery morphology. Those cells are generally packaged into a battery pack that has some electronics, which are important because they keep the batteries in a safe mode — safe charging and discharging. And then we look at how it interfaces with the charger and how it interfaces with the load.”

“So we’re looking at that entire electrical system in which the battery plays such an important role to make sure that we’re really thinking about the safety and all the different modes of operation that the drone may be used in.”

Approaching lithium-ion battery safety by safeguarding and testing the entire system, as many standards bodies have done, is an effective way to minimize accidents and fires. Even a well-built battery can fail if placed in a faulty system or charger.

…and User Behavior, Too

Efforts to design, build and test a system are worthwhile, but are challenged by user behaviors and misuses. As drones become more popular as consumer products, mistakes typical of non-technical users are bound to increase. A quick internet search finds dozens of videos showing drone batteries overheating and exploding while charging or in the air. Many of these accidents are due to boneheaded user decisions, known to the standards world as “unintended uses.” There is a trade-off between pouring resources into managing risk and the ultimate responsibility of the end-user.

“Operators can be a bit more of a challenge, because their behavior patterns cover a wide range,” said Boyce. “And that’s where you get into things like markings and instructions, which are important parts of any safety coordination program. Ultimately, products will be used by a person, and that person has to make good decisions about what they do. Because we want them to be armed with the information to make those good decisions, markings and instructions are always important.”

“There’s a lot of reliance on functional safety. That’s been one of the changes we’ve seen as we’ve moved forward over the last 10 years,” he said. “So that’s a good thing if we can build in integrated engineering solutions and technological solutions in advance.”

Standards, testing and certification help to reinforce the safe and sustainable deployment of lithium-ion batteries to meet society’s needs and to mitigate possible unsafe situations. As Boyce notes, both the lithium-ion battery and drone industries continue to expand, making standards related to both increasingly relevant.

“The global lithium-ion battery market was estimated at about $22 billion in 2016, and estimates are it will be about $78 billion by 2025,” he explained. “And the global drone industry is estimated to be about $12 billion by 2021. We’ll probably see some exploration into different [battery] chemistries in different applications, but lithium-ion will be the workhorse technology for the foreseeable future. That’s why this work [around standards] is so important.”