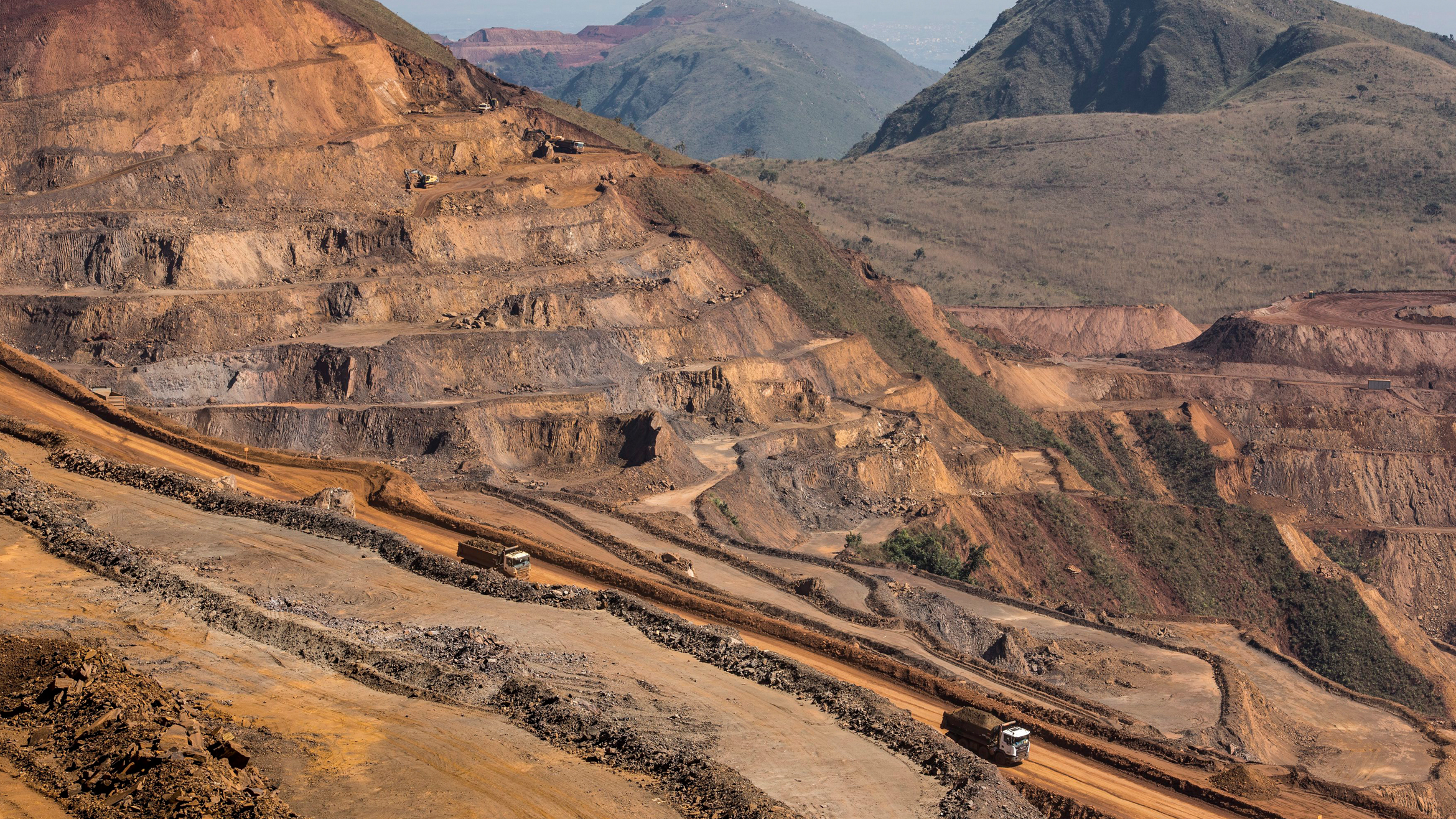 Until late last year, Sula Gold was primarily focused on the exploration of its 153 ² km Ferensola iron/gold/ coltan project in Northern Sierra Leone, an ore body that is contiguous with the Tonkolili iron ore project which delivered profitably in its heyday when iron ore prices were still healthy.

“With weak iron ore prices and our inability to establish continuity on the Ferensola gold project, our company needed a new strategic direction, and thanks to privately owned exploration and mine development expert Madini Minerals, in which I am a partner, we were given the opportunity to enter the cobalt-copper sector,” Murphy reveals.

From early 2017 Madini Minerals had been ranking and assessing a series of cobalt properties in the DRC which the company had exclusive marketing contracts with the owner in place.

“We were in the process of selling nine licences to Canadian company First Cobalt but the company switched to focus its future on the development of non-DRC cobalt assets.

“This opened the door for Sula and after successfully raising US$1.75 million through our broker SP Angel, we exercised the option to acquire a 70% stake in two cobalt-copper properties, Kinsinka and Sakania.”

It made obvious sense to rebrand the company thereafter to African Battery Metals – a name which Murphy says better reflects the company’s new strategic direction and focus – specifically cobalt and other battery metals required for the growing electric vehicle market.

Having paid an initial $50 000 for Kinsinka, African Battery Metals has until May to review the project’s potential and then pay in a second tranche another $50 000 to secure its 70% ownership of the property.

“The same deal structure applies to the Sakania property – but we have extended our option period on this property to the end of April having thus far been unable to assess it due to the rainy season and difficulty accessing the site,” Murphy notes.

“Congolese metallurgist and DRC mining expert Serge Ngandu is chairing the local company and brings a wealth of expertise in both copper-cobalt properties and guidance on doing business in the country,” Murphy outlines.

African Battery Metals has moved onto site and is well underway with an exploration programme on the large-scale 53 km² Kinsinka licence which includes 7 km of strike length along the Roan – the geological sequence which hosts most of the DRC’s cobalt and copper.

Situated about 30 north-east of Lubumbashi, Murphy says the company was drawn to the asset because of its “good geology” and location.

An independent Congolese consultant has reported that the property contains showings of up to 2.5% cobalt.

There are also seven operating mines within a 25 km radius of Kinsinka, all mining copper and cobalt.

Two of these mines, Metorex’s Ruashi mine and Shalina Resources’ Etoile mine, produce around 8 500 tpa of cobalt which equates to, at the very minimum, 7% of the world’s cobalt consumption.

To date the ABM/Madini team has carried out field mapping over a significant portion of the licence and a satellite imagery report has identified a number of follow-up targets.

The next step is soil sampling. This is the tool used throughout the region’s Copperbelt to look for elevated copper and cobalt grades in the soil which points to mineralisation at depth.

The Grand Conglomérat is the rock type which, elsewhere in the DRC, hosts the Kamoa-type deposit, the fourth largest worldwide copper discovery.

Given that bedrock is generally covered by a few metres of soil, a quick and efficient method to recover material closer to bedrock is to auger through the soil cover.

The African Battery Metals team is actively working on that at the moment. ‘Fence lines’ have been designed perpendicular to the target area to access the Grand Conglomérat for more direct and close interval sampling.

The company is augering holes every 25 m to depths of up to 20 m.

As the loose weathered material is recovered by the auger, an XRF Olympus gun will pass over the material. XRF readings are helpful and provide the geologist with instantaneous feedback on metal content.

The XRF, however, is not definitive and is therefore used only as an early identification tool. ABM will send all material with interesting anomalies to independent laboratories for verification through assay prior to providing updates on what it finds.

“Our immediate priority is to identify the areas on the licence which show anomalous levels of copper and cobalt mineralisation from which we will ‘hone in’ on prospective areas.

“Drilling work will follow thereafter as the company moves towards determining a resource. We want to validate the development of a mine and ultimately become a significant player in the cobalt sector – we have the requisite skills to see this materialise.”

Murphy does note that through this process, African Battery Metals becomes a greater merger and acquisition target – “companies that head towards becoming a mine are more attractive.”

Outside of Kinsinka, African Battery Metals has already been approached by companies to look at other prospective cobalt-copper properties in the DRC which the company is reviewing.

Should they look to be more promising than Sakania, it will review its portfolio and subsequent exploration and development outline.