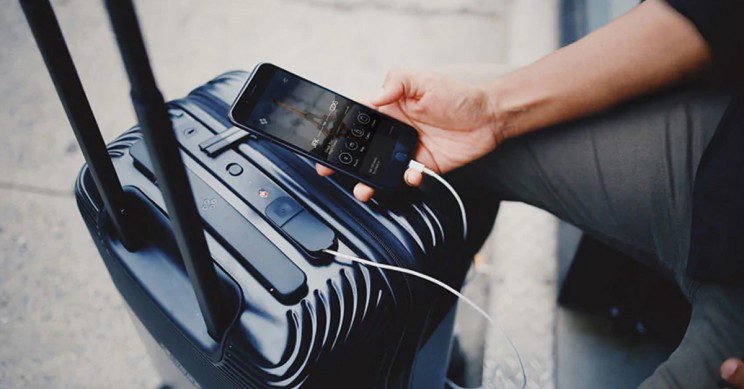 The news did not make much of an impact but now smart luggage company Bluesmart has announced it will be shutting down. In a blog posted this month, the company blamed the ban for its closure.

The company also announced that all of its assets, including intellectual property, technology and branding, were bought by American luggage firm Travelpro. Bluesmart called the news “bittersweet.”

“The changes in policies announced by several major airlines at the end of last year—the banning of smart luggage with non-removable batteries—put our company in an irreversibly difficult financial and business situation. After exploring all the possible options for pivoting and moving forward, the company was finally forced to wind down its operations and explore disposition options, unable to continue operating as an independent entity,” said the statement.

Bluesmart was known for having some of the most advanced smart suitcases complete with the latest GPS tracking systems and USB ports for charging devices. However, the company failed to make its batteries removable.

Bluesmart explained that this was due to the fact that during the time of the luggages’ conception the regulations did not require removable batteries. “Before and at the time of production, we did our due diligence to make sure that we complied with all international regulations defined by DOT and FAA,” Bluesmart had said in a statement.

To make matters worse for the luggage innovator, Bluesmart has witnessed a number of disgruntled customers. The complaints range from concern over their preorders, anger over the lack of responses to their demands and requests for refunds for their products.

The blog may be the company’s attempt to address some of these issues. In its statement, Bluesmart added several conditions including that “returns or replacements of Bluesmart products will no longer be accepted or refunded by our Support Team.”

The company also took to Twitter to apologize for delays in responding to customer requests writing that it has been “experiencing a higher than normal volume of emails.” Its blog, however, stated that “how-to information and troubleshooting” could still be requested through email.

Bluesmart also announced it would no longer be offering warranty support for its products however its servers and apps would be maintained for “several months from today.” For those struggling with their suitcases, the company offered instructions on how to remove the battery of Series 2 products.

The company did include a thoughtful final message for all its stakeholders. “We want to wholeheartedly thank everyone who supported this venture since its inception. Bluesmart was always a community-driven project, started through a crowdfunding campaign and gathering the support of tens of thousands of travelers around the world,” concluded the blog.