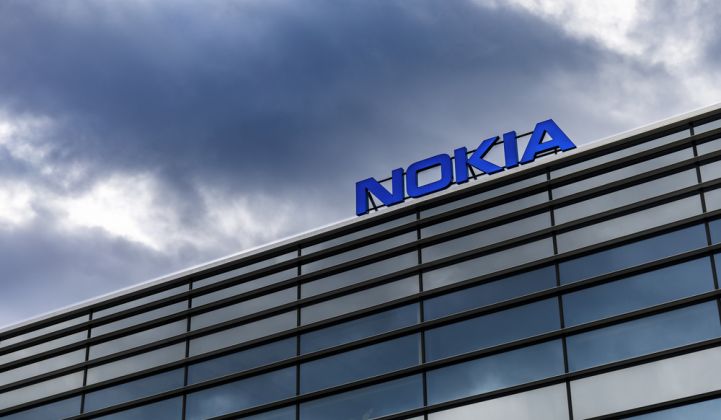 SpaceTime Insight, a startup with a long list of utilities and energy companies using its data visualization and analytics software, has been acquired by Nokia to boost the telecommunications provider’s internet of things business.

Under the deal announced Monday, SpaceTime Insight and CEO Rob Schilling will join the internet of things (IOT) product unit within the Nokia Software business group. Financial terms were not disclosed.

SpaceTime Insight has raised more than $50 million since its 2007 founding. It raised a $20 million Series C round in 2013 featuring Zouk Capital, Opus Capital Ventures, EnerTech Capital and Novus Energy Partners. In 2015 it added an $8 million round led by European utility E.ON and Japanese IT services and energy storage systems provider NEC.

The company has built a suite of applications based on its data management platform, which integrates with utility databases and geographic information systems, as well as the expanding world of real-time data coming from meters, sensors and other devices in the field.

That world of smart devices, also called the internet of things, is also a focus of Nokia Software. “We’ve been investing for quite some time in IOT, particularly around connectivity, and specifically in the case of energy, in wind farms,” said Ron Haberman, vice president of emerging products, in a Tuesday interview. On the software side, Nokia also provides connectivity management and device management, much as its telecommunications competitors provide, he noted.

But its IOT efforts have been focused on what Nokia has dubbed its Impact platform — a cloud-based data management, transformation and mediation system that’s now managing more than 1.5 billion devices across IP-based networks, as well as low-power networks such as LoRa.

Buying SpaceTime Insight gives Nokia an entree into the application layer of the IOT world, Haberman explained. “We were working with utilities in general, as well as with transport companies, on networking and software around networking,” he said. “With this acquisition, we’re looking to get into the application space and enhance it.”

Nokia had not worked previously with SpaceTime on any specific utility or energy partnerships, but picked the startup from a field of other, unnamed potential acquisition targets, he said.

“The main differentiator to most of the competition is that they were very much use-case oriented,” he said. “It’s easy to create an analytics platform that’s just an open platform and get the customers to apply the use case.” But with SpaceTime, “There are a good set of use cases right out of the box.”

SpaceTime’s most popular use cases in the energy sector include asset management, asset tracking and predictive intelligence around minimizing the effects of power plant or grid equipment failures, he said. The companies are still in the early stages of applying their combined technological capabilities to the IOT field, he added.

“Now we have a device management platform, a data management platform, and a streaming platform,” or real-time data exchange platform, he said. That “brings data and distribution of algorithms all the way to the edge of the IOT network, to the on-premises gateways that are collecting information from every device imaginable.”

And in the nascent IOT world, software platforms that have been implemented to serve a particular use case could find themselves becoming more central to the overall IOT infrastructure over time, he stated. “In most cases, we start with a point solution, to fix a particular pain. But the ease of use can lend itself very nicely to becoming the main operating system.”