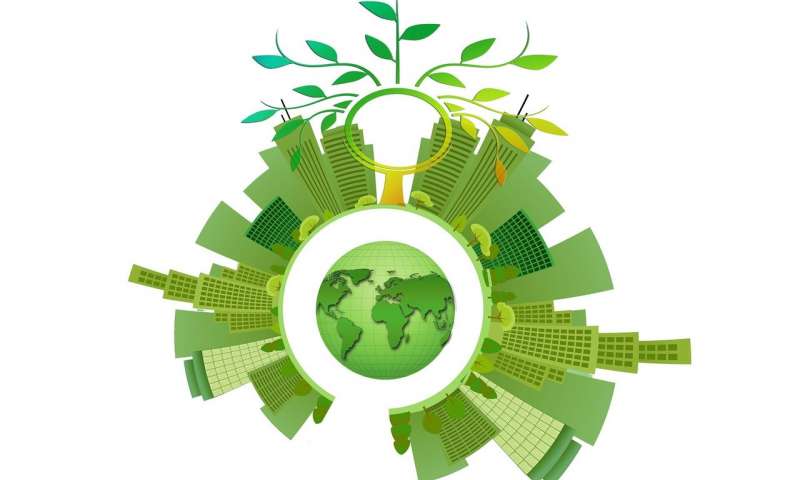 Researchers are calling for urgent action as a huge growth in Internet video streaming threatens to increase the problem of meeting the nation’s future peak winter electricity demands.

They are calling on policy makers worldwide to consider the implications of unfettered data growth and ever faster Internet speeds.

Viewing habits in the UK are rapidly changing and shifting away from conventional terrestrial broadcasting. More and more people are watching video on demand streaming services such as the BBC’s iPlayer and Netflix, and video sharing platforms such as YouTube.

This widespread consumption of online video content has driven the phenomenal growth in Internet traffic in recent years. Traffic flows have risen massively from 100 GB per second in 2002 to 26,600 GB per second in 2016 and the volume of data traffic is expected to nearly triple within the next five years, according to Cisco. This will contribute to the rise in IT’s share of energy consumption, from its current estimated level of about 10% of global electricity, to an anticipated 20% or more in 2030.

In 2011 UK households consumed an average of 17 GB of broadband data each month. By 2016 this had risen to 132 GB. Although energy use on the Internet is spread internationally, the bulk of energy consumption in Internet infrastructures takes place in the country of use.

In addition, companies such as Netflix are rolling out ultra-high definition streaming services – by 2021 Cisco estimates UHD alone could add around 10 Exabytes a month (or 3.5%) to global traffic flows.

The energy used by digital infrastructure to meet this increased data demand could in the future become more problematic for managing national peak loads. While other forms of Internet traffic are spread evenly throughout the day, video tends to have a prime time, which falls in the evening.

Large European Internet exchange points show data traffic peaks in the evening between 8pm and 10pm. Peaks are higher midweek between Monday and Thursday, and are also higher in the winter months.

Watching television peaks between the hours of 8pm and 10pm in the UK. Therefore prime time television viewing correlates with peaks in Internet exchange traffic.

In the UK, meeting peak energy demand is most acute during winter. However, current patterns show TV viewing is higher during the colder months, and starts earlier in the evening.

Mobile data demand could also have consequences for national peaks in electricity consumption. The rate of growth in mobile data traffic is higher and more energy intensive, particularly when streaming video. The researchers noted a late evening peak in streaming on mobile phones and tablets after prime time, between 10pm and 11pm. This suggests that these devices are used to prolong hours of “TV watching,” perhaps after the main TV set has been turned off.

However there is an earlier evening peak between 4pm and 8pm which may be more problematic, especially if this represents a trend of video on demand services delivered over more energy intensive mobile networks. If mobile viewing out of the home, during commuting hours, increases this will almost certainly add to electricity load at peak times of travel, heating and cooking.

Dr. Mike Hazas, Senior Lecturer at Lancaster University School of Computing and Communications, said: “A transition in how people watch TV appears to be underway – and urgent consideration is needed of the energy implications if a much greater proportion of viewing takes place via the Internet.

“Growth in data traffic continues to outstrip efficiency gains. We argue that broadband and mobile data policies should aim to do more than improve the energy efficiency of digital infrastructure. Like policy for other energy-intensive infrastructure (like roads or airports), digital infrastructure policy should explicitly recognise digital services’ significant contribution to energy demand and carbon emissions, and build in measures to ensure that growth will not simply continue unbounded.

“The availability of higher broadband and mobile speeds is resulting in increased consumption and use of high-bandwidth content and applications, including online video, which is broadly accepted to be driving much of the growth in Internet traffic.

“However, current Government policies in many countries aim not merely to extend Internet access to households and citizens who do not already have it, but crucially to make existing connections faster and faster. The ability to stream UHD content, or multiple TV programmes and films simultaneously is being written into minimal requirements that all households in the UK will have a right to expect and request. By encouraging extra data traffic, such policies have implications for electricity demand and carbon emissions. But they make little, if any, consideration of this. In other words they could be seen as ‘invisible energy’ policies.”