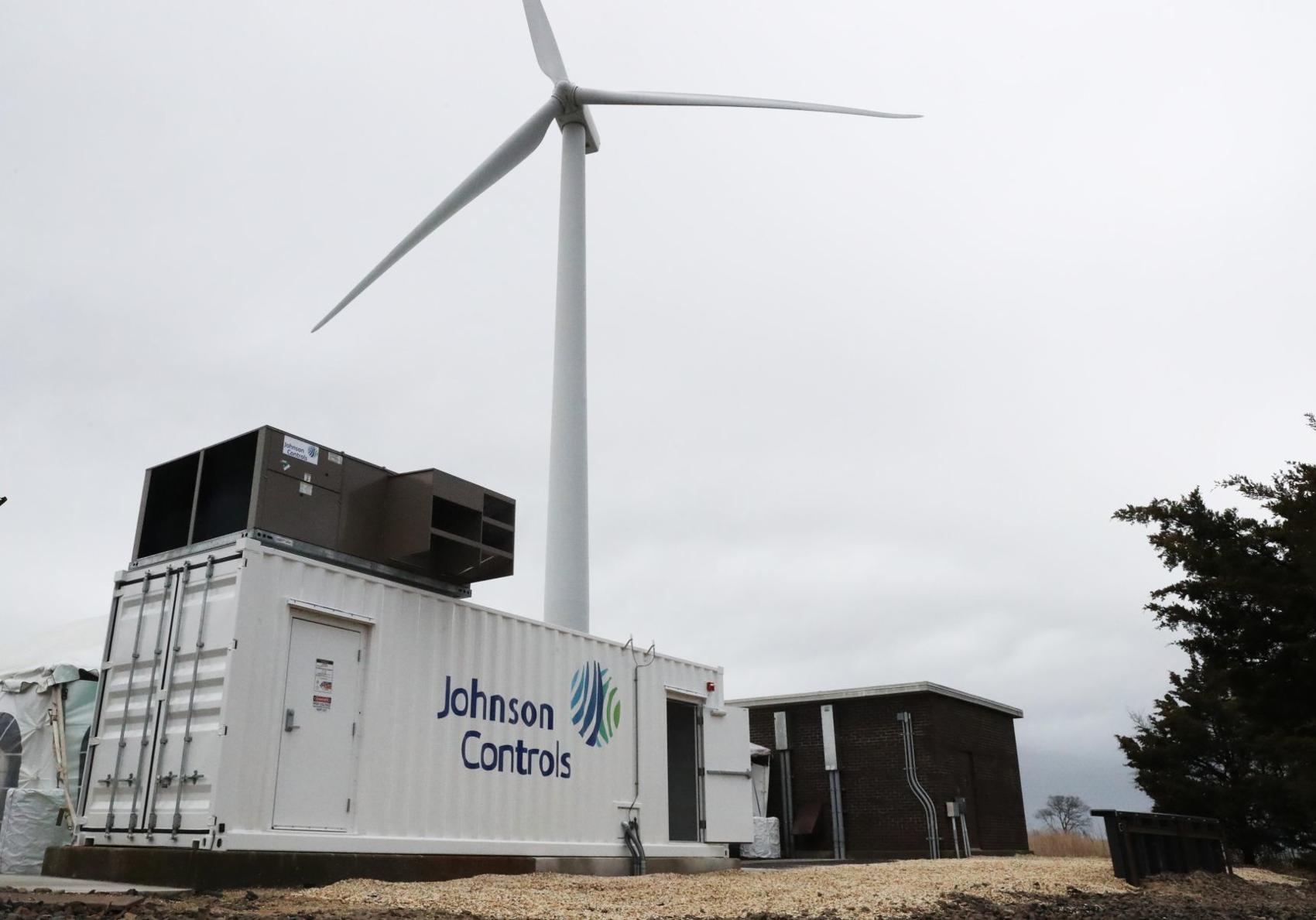 First, it’s a lithium ion battery — long lived and powerful for its size — the kind used in rechargeable devices of all kinds, from electric toothbrushes to mobile phones to hybrid and plug-in cars. Familiar technology.

But consider its size. The biggest lithium battery most people ever handle is the one in their laptop computer. The ACUA battery at its wastewater treatment plant in Atlantic City is 20,000 times bigger — storing 1 million watts of power.

The fantastic size of this battery is the smallest of its wonders as a harbinger of the green-energy future that will arrive soon.

Since the battery was connected to the electric grid this year, which the authority and state officials celebrated last month, it has instantly adjusted to demands from the grid operator for more or less power. That smoothes out the provision of electricity and is a valuable service to the grid, so the battery will get the ACUA facility a discount on the third of its power it still gets from the grid.

That discount has helped make acquiring and installing the $1 million battery cost free to ACUA customers and area taxpayers.

Another $300,000 of its cost was covered by a grant from the state’s Clean Energy Program, the first time such financing has been used for a battery-storage system.

The ACUA battery showed the need for such a demonstration project before funding was even in place. Working out details of its use with grid operator PJM Interconnection and Atlantic City Electric took so long that the original grant expired and a new one had to be arranged.

Such batteries probably will be the next big thing in clean energy, allowing emissions-free energy production to reach its full potential.

“Renewable energy, for all of the positives, has one limitation — that power is intermittent,” said ACUA President Rick Dovey. “Wind and solar are not always producing power when you need it. You must either use it or lose it.”

Multiple private and public research projects are expected in the next few years to create batteries with double the current storage capacity, giving electric vehicles the range they need and green power systems the capacity to meet demand at all hours.

The ACUA plant is the perfect site for the battery project, with its 7.5 megawatts of wind power and 500 kilowatts of solar power.

And the Atlantic County Utilities Authority has a history of environmental leadership.

Its five wind turbines, installed in 2005, made the potential of wind power visible to millions in the East and remain the only wind farm in New Jersey. It operates a fleet of low-emissions work vehicles — hybrid, electric and compressed natural gas — and built refueling stations for them and the public. And it heats and cools its offices in Egg Harbor Township with the first geothermal system in South Jersey.