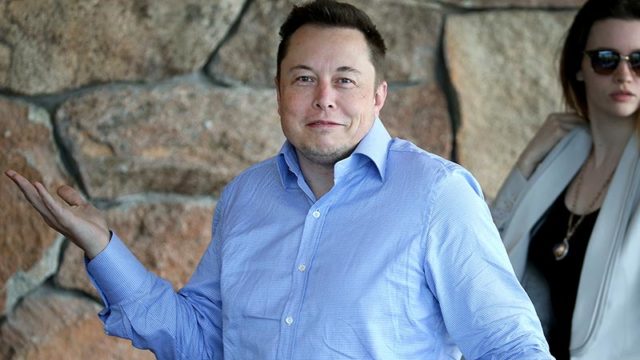 Mr Musk said he would phase out the use of cobalt in his Tesla electric car batteries. Our table below shows about two-thirds of ASX-listed stocks with exposure to cobalt are down compared to two weeks ago.

Equity research firm Cannacord Genuity went as far as suggesting now was the perfect time to start investing in or increasing exposure to battery metals stocks.

“In our opinion this [comment by Mr Musk] was an attempt by the company to distance itself from market concerns about cobalt supply, which is dominated by mined production from the Democratic Republic of Congo,” Cannacord said in a note to clients.

More than half the world’s cobalt comes from the DRC, which has been black-listed over ethical issues such as child labour.

While Tesla was the “sentimental poster-boy for electric vehicles in North America”, it accounted for only 8.4 per cent of the global electric car market in 2017. Other car makers are focused on battery technologies that require more cobalt.

Cannacord says it has already factored the trend toward lower cobalt content into its supply and demand model – as have other market observers.

“From our perspective, the supply and demand outlooks for both cobalt and lithium are very positive based on burgeoning demand for EVs and energy storage systems,” Cannacord said.

“We view the current correction as an excellent entry/re-entry point for exposure to battery materials equities.”

Battery metal price analyst Benchmark Mineral Intelligence said this week it expected the use of cobalt in lithium-ion batteries to triple between now and 2026.

Electric car makers are focusing on two battery technologies: nickel-cobalt-aluminium (NCA) which has been favoured by Tesla, and nickel-cobalt-manganese (NCM).

The NCM chemistry is much more popular among Tesla’s rivals.

NCM batteries will account for about 70 per cent of the total lithium-ion battery market by 2026, Benchmark predicts.

In true carpe diem style, several junior explorers have this week taken the opportunity to break into cobalt or add to their collection.

Ausmon Resources confirmed this week that it would buy three cobalt projects in Australia.

Prior to getting its hands on these new cobalt projects in New South Wales and Queensland, Ausmon was focused on gold, silver, copper and zinc.

Since the company first revealed it had its eye on some cobalt-prospective land in early April its share price has more than tripled to a peak of 2.2c.

Ausmon has also shrugged off concerns over Tesla’s reduction in cobalt usage.

“Tesla is not the only consumer of cobalt for their batteries and in the auto manufacturing business – they are relatively small,” chairman Boris Patkin told Stockhead.

“All the large established auto manufacturers in USA, Europe and Asia, especially China, have planned large electric vehicles production for the next few years.

“The excess of demand over supply for cobalt would last for quite a few years and production from countries that adopt Responsible Cobalt Initiatives, like Australia, would command a premium price in the market.”

Mr Patkin says he sees the price of cobalt, which was last trading around $US88,500 per tonne, to remain firm for a long time as a result of restrained supply.

Meteoric Resources has picked up its seventh cobalt project in the famous Cobalt Camp of Ontario, Canada.

The news sent the company’s shares up as much as 17.6 per cent to an intra-day high of 4c on Monday.

White Cliff Minerals’ cobalt projects are within trucking distance of Glencore’s operating Murrin Murrin nickel-cobalt mine and processing facility in Western Australia. Glencore is fast running out of high-grade ore at Murrin Murrin, which may provide an opportunity for White Cliff. The proximity of the company’s projects to an existing plant is likely to strongly impact the possibility of economic development of both the cobalt and nickel mineralisation.