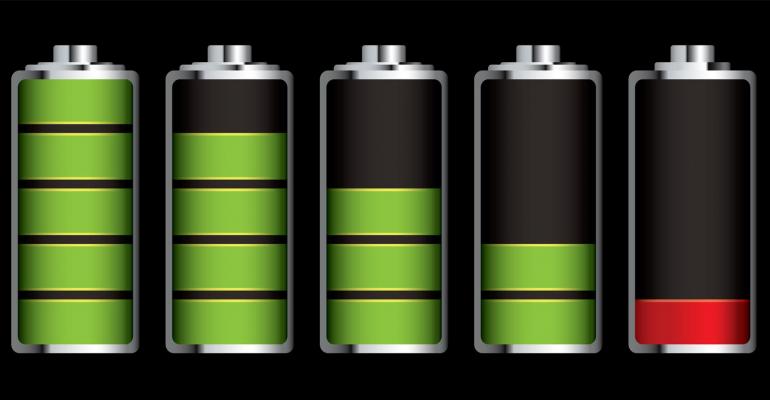 Researchers at the University of California, Berkeley, built lithium-ion battery cathodes without cobalt that can store 50% more energy than traditional cobalt-containing cathodes.

Currently, lithium-ion battery cathodes use layered structures, which cobalt is necessary to maintain. When lithium ions move from the cathode to anode during charging, a lot of space is left in the cathode. Most metal ions would flock into that space, which would cause the cathode to lose its structure. But cobalt is one of the few elements that won’t move around, making it critical to the battery industry.

Due to this property, lithium-based batteries use more than 50% of all cobalt produced in the world. Cobalt deposits are highly concentrated in particular areas, with about half the world’s production coming from the Congo.

The researchers focused on moving away from cobalt by creating cathodes that can maintain a high energy density without layers, a concept called disordered rock salts. Manganese, in particular, was found to be a promising element, in part because of its availability and low price.

“To deal with the resource issue of cobalt, you have to go away from this layeredness in cathodes,” said Gerbrand Ceder, professor in the Department of Materials Science and Engineering at Berkeley. “Disordering cathodes has allowed us to play with a lot more of the periodic table.”

The technology needs to be scaled up and tested more to see if it can be used in applications like laptops or electric vehicles. But Ceder says whether or not this technology actually makes it inside a battery is beside the point; the researchers have opened new possibilities for the design of cathodes, which is even more important.

“You can pretty much use any element in the periodic table now because we’ve shown that cathodes don’t have to be layered,” Ceder said. “Suddenly we have a lot more chemical freedom, and I think that’s where the real excitement is because now we can do exploration of new cathodes.”

A number of companies and universities are joining together to create a benchmark suite for comparing machine learning performance, including software frameworks, hardware accelerators, and cloud platforms. Called MLPerf, the project aims to measure system performance for both training and inference from mobile devices to cloud services.

Inspired by the success of the System Performance Evaluation Cooperative (SPEC) benchmark for general-purpose computing, MLPerf will evaluate metrics such as quality, accuracy, execution time, power, and cost to run the suite.

MLPerf aims to accelerate progress in ML via fair and useful measurement, serve both the commercial and research communities, enable fair comparison of competing systems yet encourage innovation to improve the state-of-the-art of ML, enforce replicability to ensure reliable results, and keep benchmarking efforts affordable.

The current version is “very much an alpha release,” according to the group, which anticipates a significant round of updates at the end of May based on input from users.

Researchers at the University of Warwick found a way to increase the theoretical limit of solar cell conversion efficiency by squeezing the crystals used in photovoltaic cells.

The junction between p-type and n-type semiconductors is fundamental to getting power out of a solar cell, but it comes with an efficiency limit. Called the Shockley-Queisser Limit, it means that of all the power contained in sunlight falling on an ideal solar cell in ideal conditions only a maximum of 33.7% can ever be turned into electricity.

Some materials, however, collect charges produced by the photons of the sun another way. The bulk photovoltaic effect occurs in certain semiconductors and insulators where their lack of perfect symmetry around their central point (their non-centrosymmetric structure) allows generation of voltage that can be actually larger than the band gap of that material.

Unfortunately, the materials that are known to exhibit the anomalous photovoltaic effect have very low power generation efficiencies, and are never used in practical power-generation systems.

The researchers sought to see if it was possible to take the semiconductors that are effective in commercial solar cells and manipulate or push them in some way so that they too could be forced into a non-centrosymmetric structure and possibly therefore also benefit from the bulk photovoltaic effect.

They decided to try literally pushing such semiconductors into shape using conductive tips from atomic force microscopy devices to a “nano-indenter” which they then used to squeeze and deform individual crystals of Strontium Titanate (SrTiO3), Titanium Dioxide (TiO2), and Silicon (Si).

They found that all three could be deformed in this way to also give them a non-centrosymmetric structure and that they were indeed then able to give the bulk photovoltaic effect.

According to Professor Marin Alexe from the University of Warwick, “Extending the range of materials that can benefit from the bulk photovoltaic effect has several advantages: it is not necessary to form any kind of junction; any semiconductor with better light absorption can be selected for solar cells, and finally, the ultimate thermodynamic limit of the power conversion efficiency, so-called Shockley-Queisser Limit, can be overcome.

“There are engineering challenges but it should be possible to create solar cells where a field of simple glass based tips (a hundred million per cm2) could be held in tension to sufficiently de-form each semiconductor crystal. If such future engineering could add even a single percentage point of efficiency it would be of immense commercial value to solar cell manufacturers and power suppliers.”