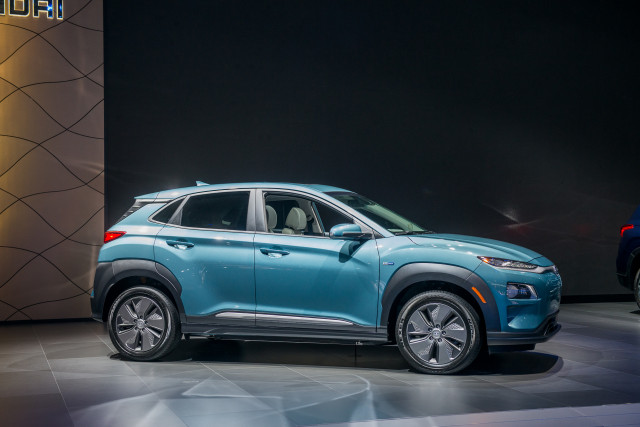 Just when it looked like sales might take off for a variety of electric cars, a global battery shortage has put a damper on sales of models from Hyundai.

We got a heads up from a Canadian reader that customer orders for the Ioniq Electric in Canada have been put on hold due to a global shortage of battery supply. We confirmed the memo with Hyundai Canada.

In a memo entitled “18My Ioniq EV Short-Term Production Shortage,” which the reader provided to GCR, Hyundai Canada informed dealers that:

“Due to a temporary global battery supply shortage, the sold order entry system for 18MY Ioniq EV will be closed effective immediately. The 19MY Ioniq EV will be opened at the same time to allow for pre-sale of 19My Ioniq EV, with deliveries beginning in July.”

The Bulletin Summary notes that:

Sold orders for 18MY Ioniq EV’s [sic] will be closed effective immediately due to a global battery supply shortage.
Available inventory may not be sufficient to fill all outstanding 18MY sold orders. Your regional office will inform you if any of your orders are affected. These customers will be give the option to convert to 19MY under the same sales program terms (rate and cash discount, if applicable)

2019MY Ioniq EV sold orders will be opened to allow for pre-sale for the new model year. ”

Canadians are not alone. Based on reports in forums it sounded like potential Ioniq Electric buyers in California were also facing backorders.

All this comes just before Hyundai is scheduled to release a long-range version of the Ioniq Electric with a bigger battery, slated to go 200 miles or more on a charge. The current Ioniq Electric comes with a single battery size with a rated range of 124 miles.

Further, the Hyundai Motor America spokesman allowed that the battery shortage may affect production of Hyundai’s upcoming Kona Electric, which is expected to go on sale toward the end of this year with a 64-kwh battery pack rated at 238 miles of range.

All this could also partly explain why Hyundai raised the price on its Ioniq Unlimited “subscription” lease program in California. Last month, it announced a $90 price hike for the lease deal and eliminated reimbursement for certain dealer costs and charging costs for driver, effectively raising the price even more for California Ioniq Electric buyers.