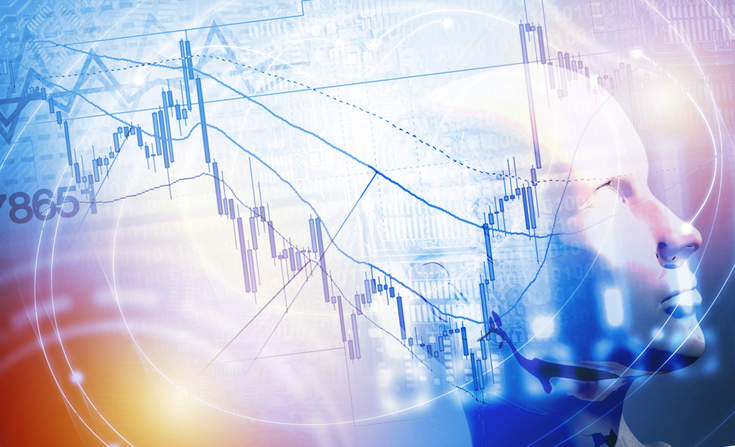 For many energy innovators, securing venture capital may seem an impossible challenge. Taking this issue to heart, the technology company Rho AI is exploring the power of artificial intelligence to find capital for companies in the renewable energy marketplace. Having recently earned a grant from the United States Department of Energy to create a solution called Partner AI, Rho AI is reaching its seventh month of development.

Partner AI is an online artificial intelligence-based solution that will work to streamline today’s renewable energy venture capital process. This technology will build robust nodes between investors and entrepreneurs and notify both parties of possible opportunities.

With the creation of new, sustainable technologies come new startups, risks and investments. Navigating these wild waters can be very difficult. Rho AI is developing one possible solution to closing the disconnect between energy entrepreneurs and venture capitalists.

The impetus for renewable energy’s recent growth can be traced to many factors, particularly the threats imposed by climate change. As the global community attempts with great difficulty to set and meet its climate change targets, clean energy innovators are doubling their efforts to slow the progression of climate change.

This is the technology’s greatest strength: its astounding speed. By quickly analyzing companies’ web mentions, media coverage and relevant websites, the artificial intelligence tool can predict future patterns of investor and company behavior and facilitate contact with investors and innovators.

“Energy investment is different. The tech is distributed,” said Browne. He said Partner AI will be useful on a global scale thanks to the widespread presence of computers and the Internet. These technologies can free entrepreneurs from geographical constraints such as the need to network in specific metro areas. Venture capital tends to be concentrated in specific coastal markets within the United States. It also is not distributed evenly internationally.

This dispersal of technology provides a challenge to venture capitalists because “[clean energy developers] are not all in Boston or the Bay Area; they’re everywhere,” Browne said.

And by being accessible nearly everywhere in the world, Rho AI’s solution can be used by any energy venture capitalist.

In addition, venture capitalists also face time-management difficulties. Investors are limited by the time they can give to finding investment opportunities. Partner AI can change that by making connections between venture capitalists’ financial portfolios, investment histories, and potential innovators.

Partner AI can find opportunities that would have been missed, thereby raising the chance of making connections between investors and technology innovators. Browne said Partner AI “can be used to rapidly make those connections for them, streamlining the process.”

The novelty of applying artificial intelligence lies in not only its complexity but also the current scope of technology’s abilities.

According to Browne, the tools used in Partner AI were only in their nascent form five years ago — and much has changed since then. With the creation of open-source software development and use practices, software engineering has experienced a boom in growth.

When a company is designing an artificial intelligence-based product, there are several stages of the development process.

The first phase involves collecting “structured data” from databases including a company’s investment activities, Internet notices and other sources. Upon collecting this data, the company applies the first layer of computer analysis to find key words, trends and mentions.

To accomplish these tasks, Partner AI will be implementing software tools such as TensorFlow, the Natural Language Toolkit, NetMiner and MUXViz. Each unique component can be used to perceive patterns in text and analyze those patterns.

Once trends are understood and predictions about a certain company can be made, the software will evaluate that company’s compatibility with venture capitalists based on the investors’ portfolios and past trends. “So, if there’s a challenge, it’s to make sure that we’re not just duplicating existing information — we have to do better than that,” Browne said.

Despite Partner AI’s power to greatly improve today’s current investment system, there may still be some reservations about the accuracy and reliability of removing people from the search process.

According to Browne, energy venture capitalists are working with Produce AI as co-founders or early partners who provide guidance in the development process.