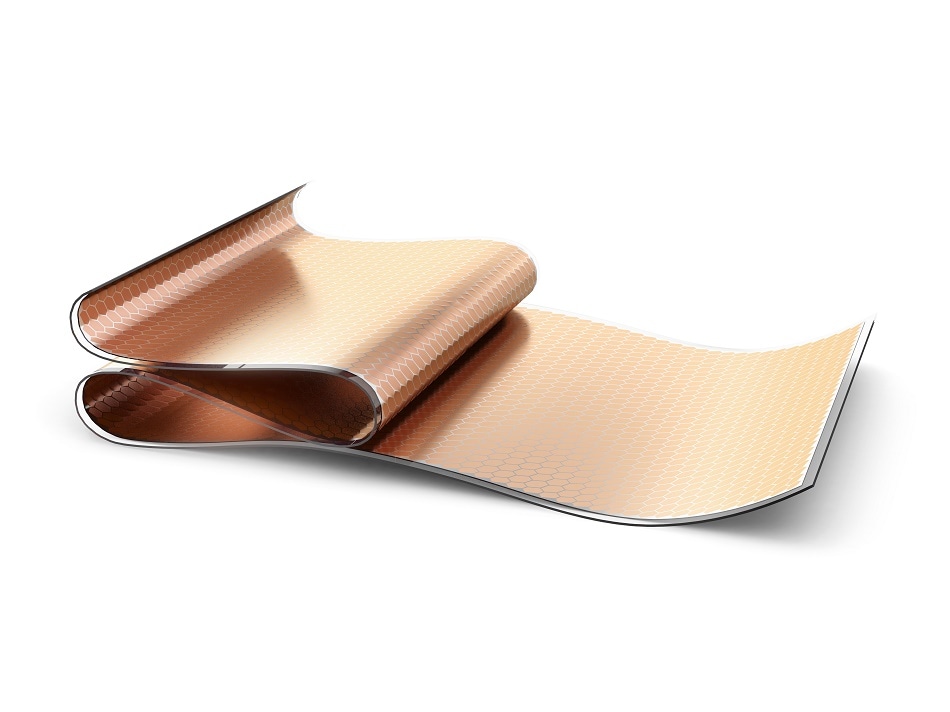 Batteries come in many forms. These can be through different classifications, such as primary or secondary, or through the internal structure of the battery itself. Because batteries are used in so many commercial products, there are many different types and research is always being undertaken to create smaller, more efficient and safer batteries. In this article we look at thin film batteries, how they work and the advantages they possess over other types of battery.

What are Thin Film Batteries

For many thin film batteries, the cathode is usually made of a lithium-oxide complex such as LiCoO2, LiMn2O4 and LiFePO4. The anode material is commonly made of a carbon-based material such as graphite, although lithium and other metals can be used.

The key characteristic of the materials used in both the electrodes is that they are layered materials; and this allows a small number of layers to be created during the construction of the battery, thus making the battery very thin. Additionally, layered materials are used so that the lithium ions in the cell can readily intercalate and de-intercalate, without causing any damage to the structure of the electrodes. To create the desired thickness, the materials are often deposited using physical vapour deposition (PVD) techniques such as sputtering and thermal evaporation.

As mentioned, the electrolyte in these batteries are traditionally made of solid inorganic-based materials. The most common solid electrolyte used is lithium phosphorus oxynitride (LiPON), although recent research has seen a surge in using ceramic electrolytes such as lithium lanthanum zinc oxide (LLZO) and lithium lanthanum titanium oxide (LLTO). Regardless of the structure, the electrolytes employed must be an efficient ion conductor and a good electrical insulator.

The internal structure of thin film batteries resembles the structure of many rechargeable batteries, only much smaller, so the ion migration mechanisms are essentially the same. So, when the battery is being charged, the lithium ions migrate from the lithium rich cathode and move into the anode. When the battery is in this state, it will absorb energy that can then be stored. If the battery is turned on during charging, the lithium ions will move back to the cathode and electrons will move from the cathode to the anode (although not through the electrolyte) and a current between the two electrodes is created. 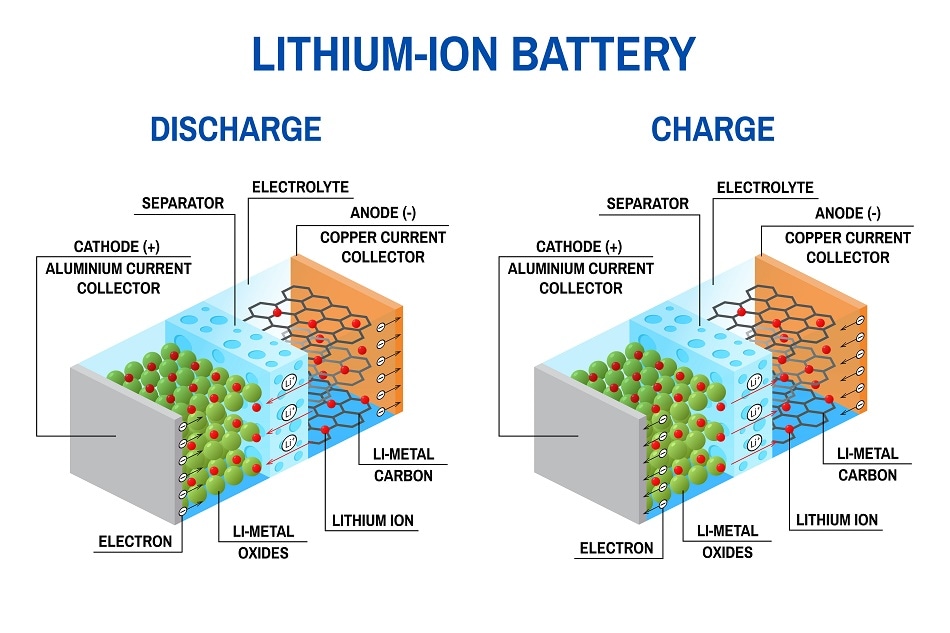 Thin film batteries do offer some advantages over traditional rechargeable solid-state batteries. The first, and most obvious, advantage is that they are much smaller in size so can be used to create smaller electronic devices. In addition to this, thin film batteries often possess a greater performance, higher average output voltage, a lighter weight, a higher flexibility, a higher energy density, lower chance of electrolyte leakage, tighter packing and longer life cycles than bulky solid-state batteries. Like many rechargeable batteries, these thin film batteries also possess an efficient reversible lithium insertion mechanism between the electrodes.