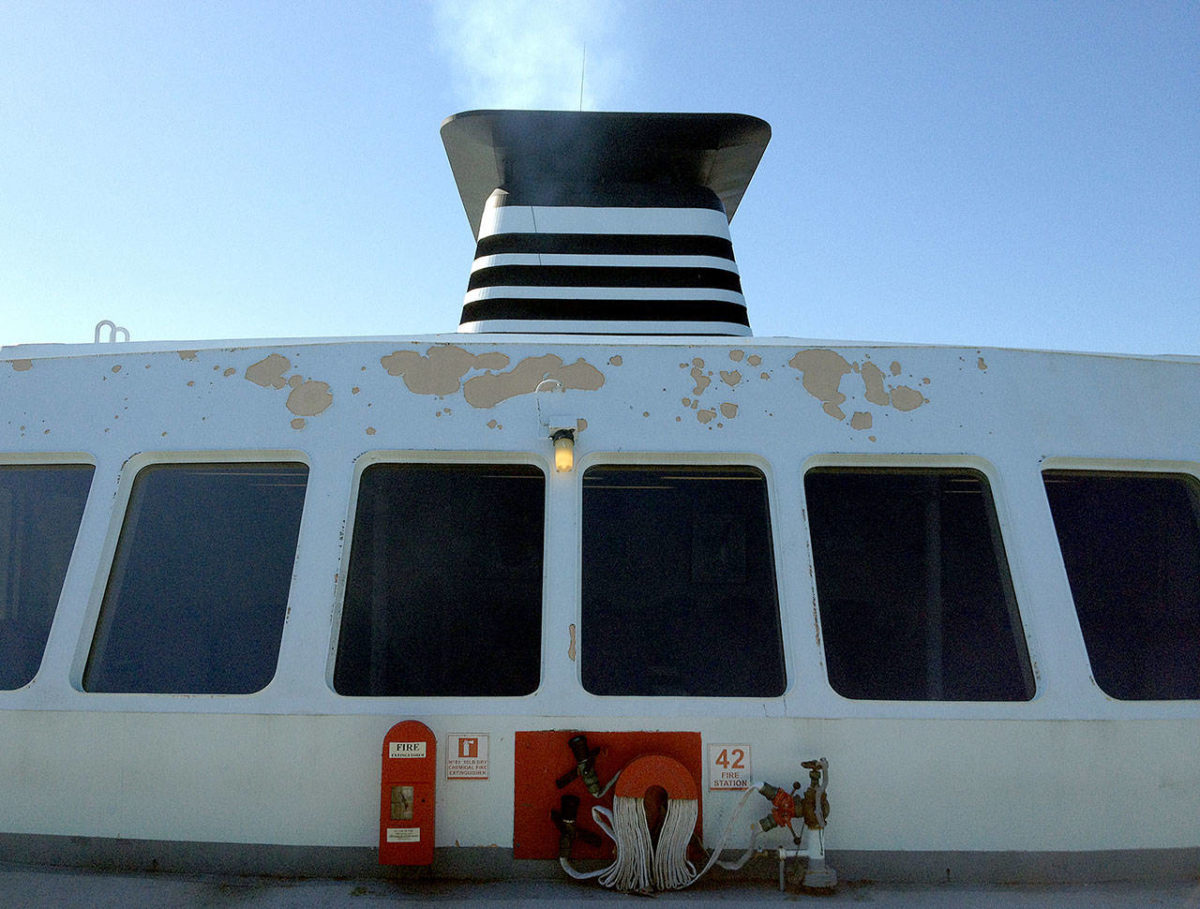 SEATTLE — Washington State Ferries announced plans Thursday to convert its three largest vessels from running on diesel fuel to electric power over the next several years.

Two of the four diesel engines that power each ferry in the state’s Jumbo Mark II fleet — the Tacoma, Puyallup and Wenatchee — would be replaced with batteries, pending state funding.

The hybrid ferries would mostly run on electric power and use the diesel engines for backup and to recharge the batteries as part of an effort to cut fuel costs and reduce the state’s carbon footprint.

Ultimately, the state hopes to install onshore charging stations that would allow the ferries to run solely on electric power.

“Our greenhouse-gas footprint is larger than we’d like it to be,” said Roger Millar, the state Secretary of Transportation, during a tour of the Tacoma ferry’s engine room on Thursday. “Ferries are a big part of that. Electrifying the ferries will go a long way in making us a more environmentally sustainable organization.”

The design for the conversion process, which will rely on research from Scandinavian countries, is set to begin this summer.

Norwegian ambassador to the United States Kåre Aas joined the tour. Norway leads the world in the development and application of electric technology in transportation. An all-electric ferry in Norway, launched in 2015, reduced carbon-dioxide emissions by 95 percent and operating costs by 80 percent.

“We’re going to learn from their experiences and bring that technology to Washington state,” Millar said.

The Norwegian delegation was also in town for Seattle’s new Nordic Museum.

If all goes as planned, “we’d like to put the first vessel into service by the summer season two years from now,” said Matthew von Ruden, director of vessels for Washington State Ferries.

The next vessel would be converted in 2021, followed by the third vessel in 2022. Onshore charging stations could be installed in 2023 to wrap up the project.

Because the diesel engines would be replaced during routine ferry maintenance, the work is not expected to disrupt passenger service.

The electrified ferries would serve routes between Seattle and Bainbridge Island, and between Edmonds and Kingston.

Once charging stations are in place, the ferries would be plugged in at each of the docks as passengers and vehicles are unloaded and loaded.

“The idea is to plug in as quickly as possible without people involved … and charge the batteries and get unplugged and get on our way,” Von Ruden said.

Washington state received more than $112 million in a federal settlement with the car company, which violated the federal Clear Air Act by installing illegal software on vehicles to cheat emissions tests.

The ferry conversion may be completed in phases, “but ideally we’d like to execute it together,” Von Ruden said.

For example, the state may convert a vessel to battery power, but “it may be a year before they get their terminal power and they’d be operating as a regular hybrid without the plug in,” he said.

State Ferries Director Amy Scarton said engineers and economists will gather in June for “a massive cost exercise” to look at the amount of money needed to convert the three vessels and four terminals.

Von Ruden estimated it would cost around $30 million each to convert the three vessels to hybrid power, but saw it as an investment that would pay off in cheaper fuel costs.

The three Jumbo Mark II vessels are each about 20 years old and have a life span of about 60 years. Over the next 40 years, he said, the conversions could be paid for and another $60 million could be saved.

“We chose the vessels to convert first that have a lot of payback time,” he said.

The Tacoma, Puyallup and Wenatchee account for 26 percent of all diesel and fuel emissions of the 22-boat fleet.

Many of the other ferries are aging and in need of replacement. To build a hybrid ferry from the ground up would cost about $142 million, Von Ruden said.