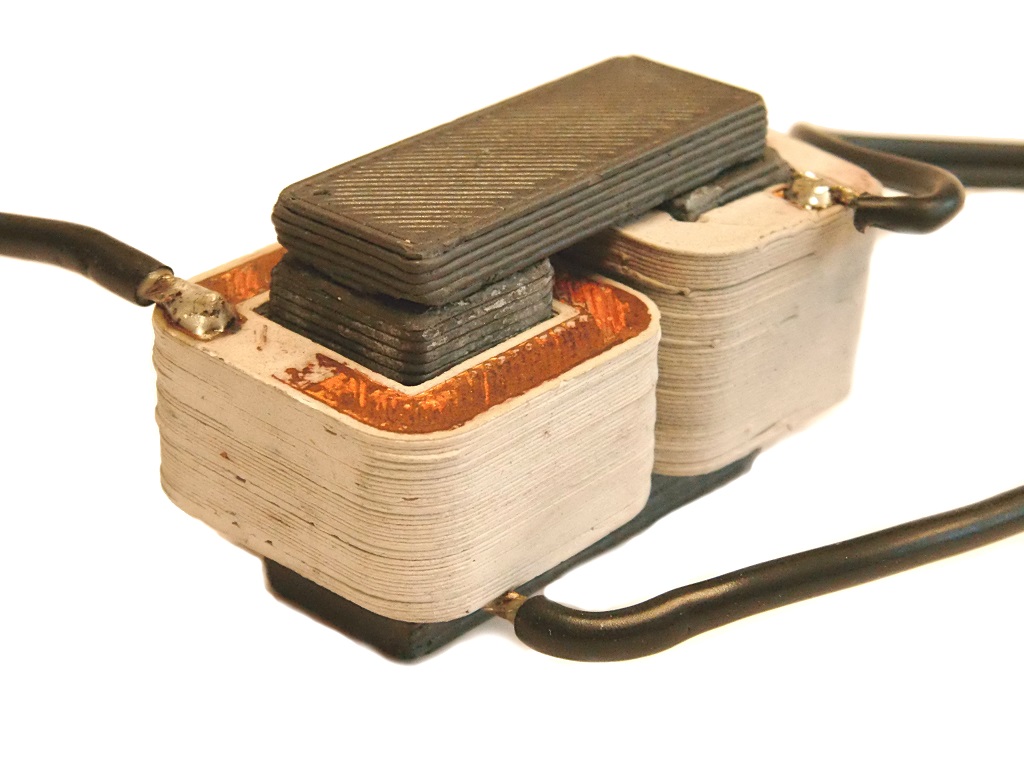 At the Chemnitz University of Technology, another first has been achieved: researchers from the Professorship of Electrical Energy Conversion Systems and Drives have created the first fully 3D printed electric motor. Last year, two members of the Professorship, Johannes Rudolph and Fabian Lorenz, 3D printed a coil capable of withstanding temperatures over 300°C. In the time since then, they have 3D printed all of the components of an electric machine. That includes copper electrical conductors, which create magnetic fields in combination with iron or iron alloys and ceramic electrical insulation to insulate the conductors from each other and from the iron components. This is referred to as the magnetic circuit.

Our goal over the last two and a half years was to dramatically increase the temperature that electrical machines are capable of withstanding,” said Dr. Ralf Werner, head of the Professorship.

The researchers achieved this goal by replacing conventional polymer-based insulation materials with specialized ceramics, which have a much higher degree of temperature resistance.

The maximum permissible winding temperature of 220°C associated with conventional insulation systems can then be exceeded by a significant amount,” said Rudolph. “The operating temperature of electric machines is therefore only limited by the ferromagnetic properties of the iron components, which can only be maintained up to 700°C.”

The ceramic insulation material also has a higher degree of thermal conductivity, so heat loss generated in the conductors can be more quickly dissipated. This allowed the researchers to increase the output density of electrical machines.

Despite the process-related decrease in the conductivity of the copper used, in specific application scenarios, it is possible to increase the degree of efficiency by significantly reducing the winding temperature,” said Lorenz.

The 3D printing process that the researchers developed for the motor involves the extrusion of viscous pastes which consist of particles of iron, copper or ceramics as well as specially-adapted bonding agents. The 3D printed part is then sintered, which burns away the binder and fuses the metallic or ceramic materials together.

The special strength of the 3D multi-material process lies in the possibility of using several materials simultaneously during a printing process,” the researchers explained. “For example, electrically conductive structures made of copper can be printed together with their insulation. This is made of ceramic materials that are superior to conventional organic insulating materials made of plastic in many physical properties such as heat resistance or thermal conductivity. In this way, electric coils can be produced with significantly higher temperature resistance. In combination with ferromagnetic materials such as iron, moreover, it is possible to manufacture entire electrical machines or their components in one printing operation.”

To achieve the necessary degree of precision when extruding the pastes, the researchers worked closely with ViscoTec Pumpen- u. Dosiertechnik GmbH.

The motor that was printed in the Chemnitz University Laboratory represents a breakthrough and is at the same time the proof of principle – it demonstrates the feasibility – of our technology,” said Rudolph.

Rudolph and Lorenz plan to start a university spin-off company based on the technology. The researchers presented their work at Hannover Messe, which took place from April 23rd to the 27th.