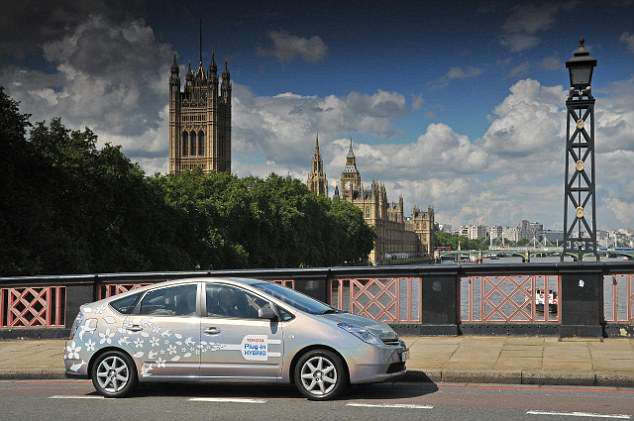 Electric cars will need to be sold with built-in ‘white noise’ to warn pedestrians of their presence from next year – after campaigners pressured the government into introducing new regulations.

Safety activists argued that pedestrians are at risk of being hit by electric vehicles travelling silently at low speeds in urban areas especially.

From July 2019, all new electric and hybrid vehicles sold in Europe will need to be fitted with noises to warn passers-by, and old cars will have to be retrofitted with alarms by 2021.

Those particularly at risk are blind people and cyclists listening to music through their headphones who are up to 40 per cent more likely to be hit by electric cars than conventional vehicles.

One study suggests that 93% and partially sighted people have had problems with hearing them coming.

‘The greatest risks associated with electric vehicles are when they are travelling at low speeds, such as in urban areas with lower limits, as the noise from tyres and the road surface, and aerodynamic noise, are minimal at those speeds,’ said Kevin Clinton from the Royal Society for the Prevention of Accidents.

While Chris Hanson-Abbott, whose firm Brigade Electronics is a distributor of vehicle safety products, said: ‘The object is to have warnings which are audible but which are not the least bit environmentally disturbing.’

According to Hanson-Abbot, the noises will be a mix of white noise and sound effects, that will cut out once the vehicle gets to about 20mph.

By 2030, there are predicted to be up to 9 million electric cars on UK roads.

The transition to electric vehicles is seen as an essential component in the UK’s plans to tackle climate change and air pollution – which is currently at illegal levels.

An analysis released by the Committee on Climate Change (CCC) in January called for ‘more stretching targets’ to encourage uptake of electric vehicles, and recommended around 60 per cent of car and van sales should be electric by 2030.

But car makers are facing tougher regulations on how electric cars should be built – with a recent leaked memo suggesting that vehicles that have a range of under 50 miles could be banned.