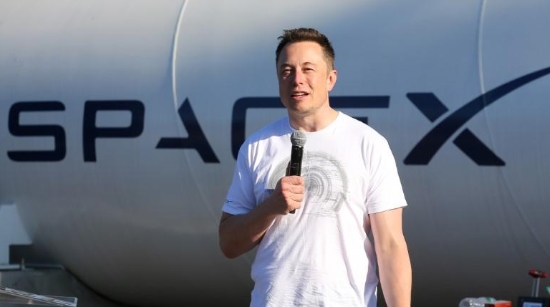 Short-sellers aim to profit by selling borrowed shares with the hope of buying them back later at a lower price.

Tesla’s shares and bonds slid on Thursday as investors took Musk to task for cutting off analysts’ questions and grappled with concerns over Tesla’s ability to raise money in the future.

In a bizarre conference call, the iconoclastic CEO described questions about Tesla’s capital requirements as “boring” after Tesla, which also makes solar technology, reported a record loss of $709.6 million, or $4.19 per share, in the first quarter ended March 31.

“Don’t let Musk’s conference call theatrics fool you. He did not want investors to focus on his rapidly deteriorating finances,” prominent short-seller Jim Chanos of Kynikos Associates LP told Reuters in an email.

“Tesla’s quick ratio dropped to 0.38 and their (Altman) z-score is approaching 1.0,” Chanos said.

The so-called quick ratio is a commonly used indicator of short-term liquidity, while an Altman z-score is a combination of weighted business ratios that is used to estimate the likelihood of financial distress.

“Both are indicative of a company in financial distress,” said Chanos.

Chanos told Reuters in November he continued to add to his short position in Tesla throughout 2017.

The borrowing cost for Tesla is around 3.69 percent, up from about 1 percent at the start of the year, putting it among the top 5 percent most-expensive stocks on the Russell 3000 index to short, according to S3 Partners.

Shorts have to shell out $1.22 million every day to keep their position on, the most for any stock in the Russell 3000 Index, according to S3 Partners data.

Selling Tesla short has not always paid off. Shorts logged $2.3 billion in mark-to-market losses in 2017, as the shares soared 45.7 percent for the year.

But the stock has lost 9 percent in 2018 so far as investors fretted about issues such as a federal probe of a fatal crash on March 23 in California involving one of its vehicles and a downgrade of its credit position by Moody’s Investors Service.

Emboldened by production setbacks at the company, short sellers have boosted short interest in the stock by $2.5 billion, or 26 percent, for the year.

That took the overall short interest to $11.94 billion, enlarging what had been, off and on since March 2016, the largest equity bear bet in U.S. markets, according to S3 Partners data.

Investor Christopher Irons, founder of independent investigative research website quoththeravenresearch.com, said he had a small position in deep out-of-the money puts on Tesla, that makes money if the stock crashes.