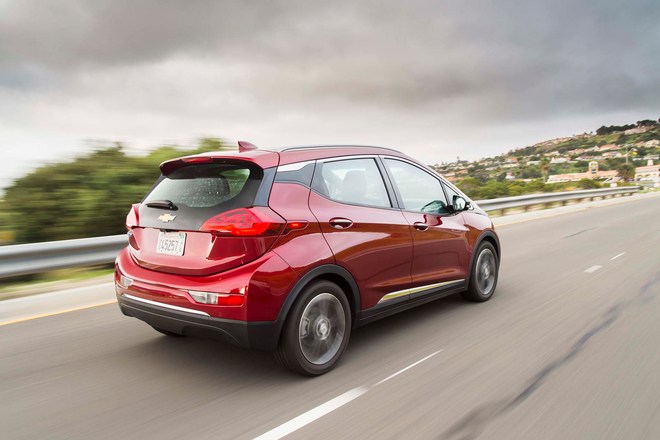 The Tesla Model S was cool: fast, stylish, and fun to drive. But Elon Musk’s masterstroke was to create an eco-system that enabled intrigued consumers to consider it a realistic alternative to a conventional car. Tesla’s network of 120kW fast-charging stations, Superchargers, could bring the original Model S’ battery to an 80 percent charge, enough for 170 miles of driving, in 40 minutes. That’s what made the Model S a real car, not an engineering novelty.

Governments and mainstream automakers have watched, and learned.

There are already 33,000 electric vehicle charge points in the United States, 95,000 in the European Union, 13,000 in the UK, and 150,000 in China. But work is underway on a network of fast-charge points that rival the speed and convenience of Tesla’s Superchargers: More than 8,000 miles of China’s highway network is already served by 100-kW rapid chargers that can pump 60 miles of range into a Jaguar I-Pace in 15 minutes.

As part of its mea culpa over Dieselgate, the VW Group is spending $2 billion on a network of fast-charging stations in the United States as part of a program called Electrify America. Unlike Tesla’s Superchargers, however, the VW chargers will service BEVs from other automakers as well. VW is also investing heavily in a network of similar fast-charge points across Europe, as part of a joint venture with Daimler, BMW and Ford called Ionity.

The Electrify America and Ionity fast-charging stations will be rated at 150 kW, able to bring the 95 kWh battery in the forthcoming Audi e-tron SUV to 80 percent charge in just 30 minutes. (And most of the new-generation of BEVs hitting the market from 2020 will similarly benefit from the speed of 150 kW chargers.)

Electrify America will install 2,000 Fast Chargers at 484 locations in the U.S. over the next decade. But those same areas are already served by thousands of gas stations. Will VW’s investment really help BEVs become mainstream?

“[Building infrastructure] shouldn’t be our role, but we are doing it because it is so important for us to have BEVs work,” says Audi CTO Peter Mertens. “Fuel stations started to appear once there were cars that needed fuel. The same will happen with the charging infrastructure. But there needs to be a seed, something that can be built on.”

“Thirty minutes,” says the executive in charge of Audi’s electrification program, Anno Mertens (no relation). That is what VW Group research suggests is the average time spent on a road trip stop for gas, coffee and a bathroom break. But it’s still a long way short of the splash ‘n’ dash refueling of a gas or diesel powered vehicle. The same research has also revealed drivers spend an average of just seven minutes at a gas station, refueling and paying.

However, Anno Mertens makes the point that, unlike gas and diesel powered vehicles, BEVs can be refueled at home. “Every morning I can drive out the garage with a full tank,” he says. “You can’t do that with a combustion engine vehicle.” A key consequence of this is that no more than 20 percent of BEV “refueling” events are likely to require rapid chargers. “There are 14,000 gas stations in Germany. Do we need to replace them with 14,000 fast-charging stations? No.”

Mainstream automakers know charge times need to be reduced further for BEVs to move beyond the realm of the early adopters and tech enthusiasts who love their Teslas. That is why the Electrify America and Ionity fast-charge stations have been designed to accommodate 350-kW charging. Porsche’s Mission Es will be able to handle 320-kW charging from the get-go, delivering 250 miles of range in 20 minutes or less. Most engineers now working on BEVs believe that within 10 years topping up your e-tank will probably take no more than 10 minutes.

Are we at the tipping point, the moment when electric vehicles go mainstream? Audi’s Peter Mertens has no doubt: “All of us have been talking about electrification for quite some time. The difference now is we are delivering. It’s here. It’s real. It’s not show cars.”