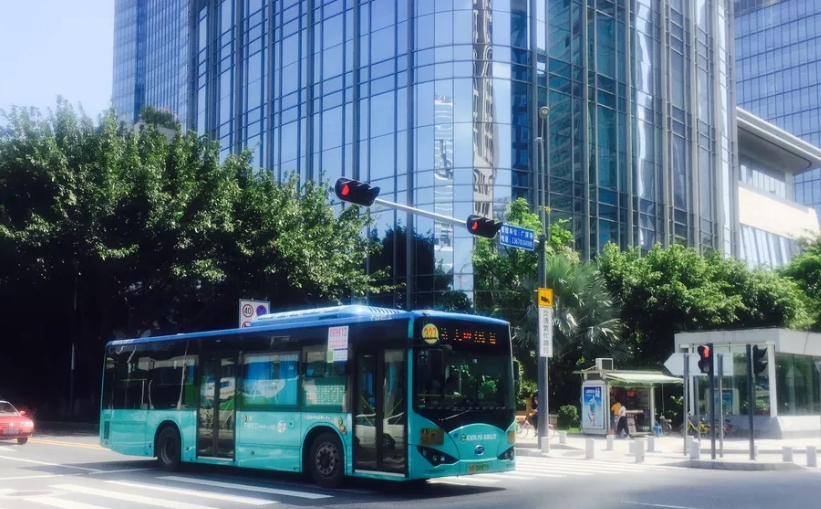 U.S. cities have started to show some enthusiasm for electric buses. New York City is trialing electric models as part of a larger bid to reduce emissions. And last month, Los Angeles announced it will spend $36.1 million on electric buses, part of the city’s far-reaching plan to transition to a zero-emission fleet by 2030.

LA joins other cities making big plans to adopt electric buses, which run quieter and cleaner and reduce urban carbon emissions, including London and Paris, which pledged to go electric by 2025.

Then, there’s China, and the city of Shenzhen. The 12.5 million-person metropolis made headlines last year as the first to operate an all-electric bus system. It’s a significant achievement, especially considering the size of the city’s fleet, which totals 16,359 vehicles, more than the combined number operating in New York City, LA, Toronto, New Jersey, and Chicago.

China’s rapid embrace of the new technology, which has gone from fringe to forward-thinking in under a decade, shows the potential of the country’s centrally controlled policy process. According to a new analysis by the World Resources Institute (WRI), China, and specifically Shenzhen, bet big on a holistic approach, which has created a transit and industrial ecosystem that’s vaulted the country far ahead of the rest of the world.

“Shenzhen is the first city, but it won’t be the last,” says Sebastian Castellanos, who studies low-emission transport for the WRI. “China has a lot of air quality issues, but so do cities everywhere. Electric buses are something that will definitely happen [globally].”

Building an ecosystem for electric buses

Shenzhen, the second-largest city in the Pearl River delta, has a rapidly growing metro system, like most Chinese cities. According to Lulu Xue, a WRI research associate and co-author of the report who lives in China, a majority of the city’s commuters are what’s called captive riders, those whose lower income makes buses the only real option.

That means buses are still very prevalent, as well as a big contributor to pollution and poor air quality. Even the small number of diesel buses left an outsized cloud of pollution, accounting for a half-a-percent of the total vehicles but 20 percent of the fleet’s pollution.

Shenzhen was able to rapidly switch over its bus fleet due to investment at multiple levels of government.

“Other Chinese cities are working on electric buses on a transit planning level,” Xue says. “In Shenzhen, this move has been directed by the mayor’s office.”

The Chinese government made buying new buses easy with a massive $150,000 subsidy, roughly half the cost of a new bus. While that definitely makes it easier to invest in clean technology, WRI studies found that electric buses, due to cheaper operating and maintenance costs, still end up being cheaper than standard buses over the lifetime of each vehicle.

The city invested in a system of charging terminals for buses, an infrastructure expansion that was coordinated with bus manufacturers and the local utility system. By adding thousands of charging stations—which can also be used by private drivers—while also focusing on buses with a better battery life, Shenzhen officials were able to flip the system to electric vehicles without needing to alter routes.

According to Xue’s calculations, while the buses have a higher upfront cost—usually 2 to 4 times more per vehicle—the savings on fuel and maintenance are substantial. She estimates the newer electric models have one-third of the operation and maintenance cost of a standard diesel bus.

The electric fleet also helped the city meet its air-quality goals in both 2016 and 2017, and reduced the need for diesel fuel. For every 1,000 battery-powered buses in operation, the country needs 500 fewer barrels of diesel fuel, according to calculations by Bloomberg New Energy Finance.

This collaboration between industry and transit officials, an ecosystem of development, positions Shenzhen and China for continued technological advancement. It’s given Chinese manufacturers extensive experience—and expertise in battery and vehicle development.

Can other countries ever catch up?

The United States lags far behind on electric buses, but Castellanos says there’s still hope the U.S. can accelerate the turnover to greener mass transit.

Companies like Proterra, a manufacturer of electric buses in the U.S., have really focused on the local market. And, as noted before, U.S. cities are starting to plan for and purchase electric buses. But, to really commit to the shift, the U.S. needs to see more federal support.

While other cities try to catch up, Shenzhen doesn’t plan to sit still. According to Xue, the city’s next goal is to electrify its entire taxicab system by 2020.