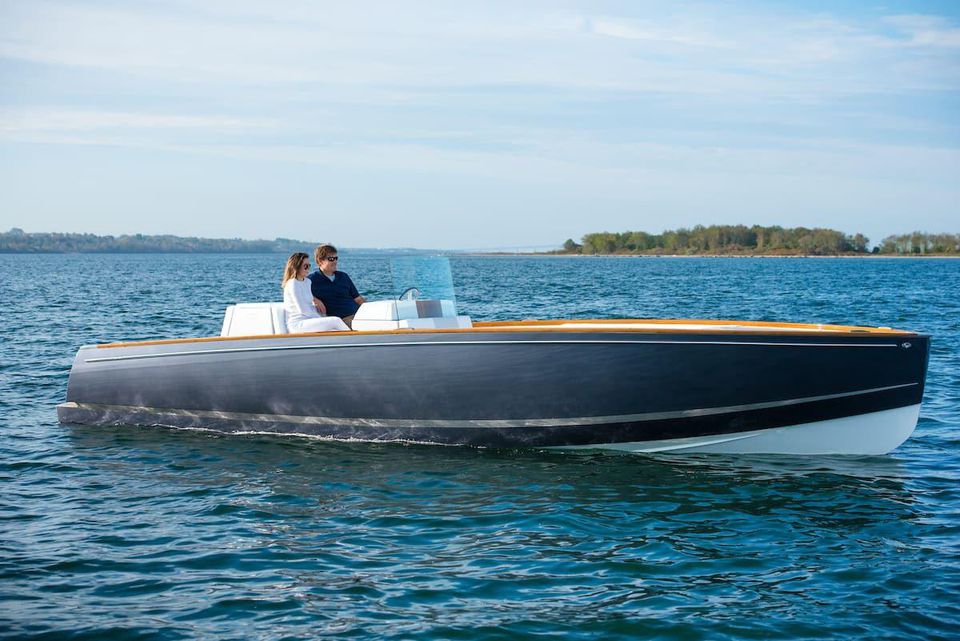 As anyone who gets out on the water in the United States knows, Hinckley Yachts have built innovative yachts since the company was founded in Maine in 1928. But, the sexy “all-electric” 28-foot, 6-inch Dasher is unlike anything the company has ever built before.

This 21st century design is aptly called Dasher after the original, game-changing, Hinckley Picnic Boat that created a whole new genre of yachts in the 1990’s—and are still incredibly popular today. It sports a carbon-epoxy composite hull designed by Michael Peters to provide superior performance and handling.

And it sports amazingly realistic hand-painted “teak” brightwork that never needs to be oiled and saves power-sapping weight.

According to the company, Dasher is a zero emissions boat that requires zero time at the fuel dock. It can be charged with dual 50 amp charging cables that are standard in most marinas, and charge twice as fast as the most popular plug-in electric cars.

Since its cruising speed is a modest 10 MPH with fast cruising at 18-27 MPH, and its range on a single charge is limited to 40 miles or less, Dasher is not intended to be an offshore boat

But, when it comes touring Nantucket Harbor on a sunny Summer afternoon aboard a truly American original, there’s nothing else like it.