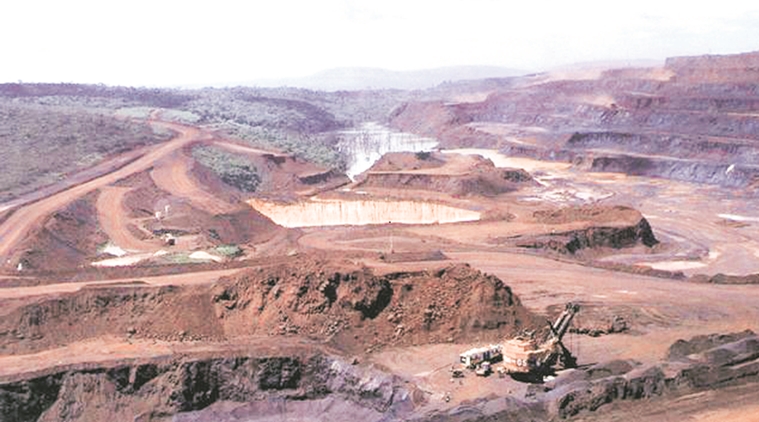 A renewed focus on environmental reforms and the accelerated restructure of its steel industry have resulted in a shift in China’s iron-ore demand, with high-grade ores being given preferential treatment over low-grade ores.

The Australian Department of Industry, Innovation and Science, in its March Resources and Energy Quarterly, noted that China’s steel output grew by 5.7% during 2017 to a record 832-million tonnes, which accounted for some 49% of global steel production.

The growth reflected higher rates of capacity use, in response to higher margins, as well as the replacement of previously unreported production with new production.

To support this record steel output, China’s iron-ore imports grew by 4.5% in 2017 to a record 1.07-billion tonnes, with Australia accounting for 62% of iron-ore import, followed by Brazil, which accounted for 16%.

Australia exported a total of 828-million tonnes of iron-ore in 2017, generating revenues of A$63-billion.

Despite China’s increasingly stringent policies to address air pollution, which would include production restrictions over the winter period, steel production in 2018 is expected to remain broadly unchanged.

However, production is expected to flatten and gradually decline at an annual average rate of 0.5% to reach some 805-million tonnes by 2023. This decline in production would reduce China’s share of global steel production from 49% to 45% by 2023.

China’s crackdown on pollution, along with the higher margins at steel mills has seen demand for high-grade ore increasing, resulting in a two-tier pricing structure.

The discount for lower-quality ores averaged 37% in the March quarter, compared with 16% in 2016, the Department of Industry, Innovation and Science said.

Further, Liao told a conference in March that it was unlikely that there would be any supply additions coming on line in 2019 and 2020.

“And not just because the projects aren’t there, but also because current prices are not high enough to incentivise greenfield investments in large-scale projects,” Liao said.

Mining major BHP also believes that the structural improvements in steel capacity use, along with the profitability of steel mills and more consistent environmental regulations, will continue to drive demand for seaborne high-quality iron-ore.

“We believe our mines produce some of the best-quality iron-ore in the Pilbara region, something that ensures we are well positioned, as a low-cost high-grade iron-ore producer, to meet the demand scenario outlined,” Basto said in March.

Additionally, BHP’s plans to develop its South Flank mine, in the Pilbara, will also contribute to the miner’s high-grade output.

“As a high-grade deposit that produces both a lump and fine product at qualities equivalent or superior to the Platts reference grades, South Flank would support improved quality across our suite of products.

Total lump proportion of our product would increase from 25% to approximately 35% and the average iron grade across our business would increase close to 1%, from 61% to 62%, which would satisfy rising demand of high-grade fines and lump with the structural improvement of steel margins and more stringent environmental standards,” Basto said.

South Flank is likely to operate at a rate of 80-million tonnes a year, replacing the ageing Yandi mine, and the BHP board is expected to take an investment decision by mid-2018.

Meanwhile, Rio Tinto, which is the world’s second-largest iron-ore producer, after Brazilian major Vale, has welcomed China’s increasing demand for higher- grade iron-ore, saying it has resulted in high premiums for its products, including its high-grade Pilbara Blend.

Rio rail, port and core services division MD Ivan Vella pointed out that the strong demand for higher-grade products had resulted in Rio’s Pilbara division delivering earnings before interest, taxes, depreciation and amortisation margins of 68% in 2017.

Rio’s Pilbara Blend makes up 74% of the miner’s total iron-ore output, with fines accounting for 47% of this.

Rio is in the midst of growing its yearly output from the 330-million tonnes produced in 2017 to 360-million tonnes, and recently completed construction of the $338-million Silvergrass iron-ore mine, which will add about ten-million tonnes of production capacity a year.

Meanwhile, the world’s fourth-largest iron-ore producer, Fortescue Metals, has seen revenues fall as a result of its preference for higher-grade iron-ore.

The miner, which produces an average 58% iron content product, saw revenues decrease by 18% in the half-year to December, compared with the previous corresponding period.

However, Fortescue remains confident that prices for its product will improve as demand for lower-grade ores is expected to increase as steel mill margins moderate, and end-users look to lower their raw material input costs.

CEO Elizabeth Gaines has said that, while the company is unlikely to grow its iron-ore supply into China, it remains hopeful that the price difference between higher- and lower-grade ores will narrow.

“We’ve seen that one of the drivers for the spread between the higher-grade and lower-grade ores has been the high profitability of the Chinese steel mills,” Gaines said in an interview with Bloomberg TV.

“As that profitability comes under pressure, they will chase the lower-grade ore, she said.

“The reality is that most of the producers, ourselves included, are not actually looking to grow supply of iron-ore into China. The market is very well supplied and the build-up of inventory at the ports is an indication of that. Nobody is looking at adding new supply into the market.”

Junior iron-ore producers have been forced to make adjustments to their operating profiles to remain lucrative, with some diversifying asset portfolios as the price for low-grade ore plunges.

In addition to adopting a premium product strategy to attract higher prices, Atlas Iron also took the decision to diversify its revenue base by including manganese and lithium in its offerings.

In December last year, Atlas inked a mine gate sales agreement with Pilbara Minerals for the supply of direct shipping ore (DSO) from the Pilgangoora lithium/tantalum project, in Western Australia, whereby Pilbara Minerals will deliver a minimum of one-million tonnes of unprocessed run-of-mine, based on a delivery schedule designed to allow Atlas to ship 100 000 t/m of DSO to offtake customers, starting in the June quarter.

Atlas will also export some 100 000 t of manganese through its Utah Point facilities, with the ore to be mined and crushed by the privately owned Horseshoe Manganese.

Despite the step change, Atlas has been unable to combat the low iron-ore prices.

“Over the past year, the Atlas leadership team has worked diligently to improve the Atlas business. The fruits of this work have been seen in the improvements we have made to our iron-ore business, including the achievement of a better-quality product, as well as in our early-stage diversification initiatives in lithium and manganese.

“However, the widening discount being applied to lower-grade iron-ore has largely offset these improvements to our underlying business, resulting in our operations running at a loss,” Atlas nonexecutive chairperson Eugene Davis recently told shareholders.

The result has been a merger agreement with Mineral Resources (MinRes) in the hope that the combination of the two companies would not only protect the Atlas business, but also enhance it.

MinRes MD Chris Ellison has said that the amalgamation of the companies’ iron-ore mining assets in the Pilbara would enable the combined company to exploit greater synergies and economies of scale, which should drive down costs and better position the consolidated iron-ore business in the new environment of lower global prices for low-grade iron-ore.

Ellison said that the increase of iron-ore production in the region also formed a key part of MinRes’s strategy to ensure that its 50-million-tonne-a-year Pilbara infrastructure initiatives were fully used.