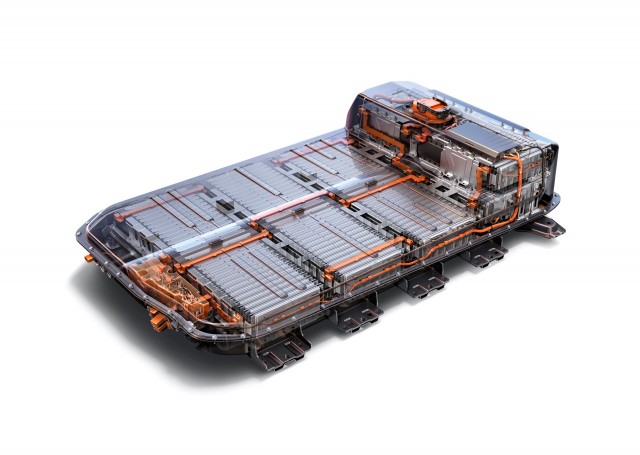 Others share his conviction. Engie and Macquarie recently invested £3m in his company, which takes second hand battery packs from Renault electric vehicles, to create storage systems ranging from 60kWs to megawatts.

These systems can be used more intensively than some warranties for new batteries allow. That means owners can maximise cycling to take a larger share of the spoils currently available.

Speaking at The Energyst Event, Lumsden cited Bloomberg projections of a global non-automotive storage market of about 300GW a year by 2030, with second life batteries representing somewhere between 40GWh and 340GWh a year at that point.

That creates a significant liability for car manufacturers, said Lumsden, but an equally significant opportunity to harness proven technology. He says the systems can be used for providing flexibility services, renewables optimisation, peak shaving and arbitrage while boosting resilience.

Lumsden adds a “surprising” number of enquiries are also based around sustainability.

While he says Connected Energy has yet to fully quantify the sustainability of a second life system versus a new battery storage system, “if you look at the embedded energy, carbon and natural resources in the battery, we are getting batter value from them, perhaps doubling their lifespan.”

Asked how the system compares with a new storage system on whole life cost, Lumsden says the key comparator is whole life revenue.

“If we use the batteries as productively as we can to maximise revenue, it might mean faster degredation,” he says.

“The trade off is higher lifetime costs but more revenue. Or you can use them less intensively: the batteries degrade more slowly, and therefore you have lower lifetime costs, but that approach does not optimise revenue,” says Lumsden.

“So it’s quid pro quo. We can operate to customers’ requirements whether to maximise revenue or longevity,” he adds. “But once you have the power electronics, the balance of system, they are second life batteries; they are lower cost, so replacing the battery packs can be cost effective.”

Lumsden says the batteries Connected Energy uses are typically seven years old and about 25% degraded. As such, the footprint of its systems is “around 50% bigger” than a new system. Lumsden says the company is not attempting to make them as small as possible, more “on creating robust, low cost, versatile systems”.

“We use the battery packs exactly as they are provided by manufacturer. So they benefit from all the OEM’s investment in terms of controls and safety mechanisms,” he says.

Connected Energy’s power control module “talks to batteries in their own language” via the CAN protocol, he adds, so that the battery is controlled in the same way as it is in the vehicle. In effect, it doesn’t ‘know’ it is not still in a car.

“So providing frequency services, for example – short, sharp peaks of charge and discharge – is very similar to somebody putting their foot on the accelerator and the breaking cycle of an electric car,” says Lumsden.

The company is talking to both public and private sector end users. Dundee City Council will use one of its boxes as part of a solar-battery EV charging port. Meanwhile, Lumsden says industrial and commercial companies are interested for all the usual behind-the-meter applications, with firms able to visit the company’s Norfolk R&D centre to see “how it works in the flesh”.

Lumsden says aggregators “certainly those with larger portfolios” are also interested in adding high-cycling assets to their portfolios “to run as often as is commercially sensible”.

“We have a huge diversity of enquiries,” says Lumsden. “The key is to pick right one.”