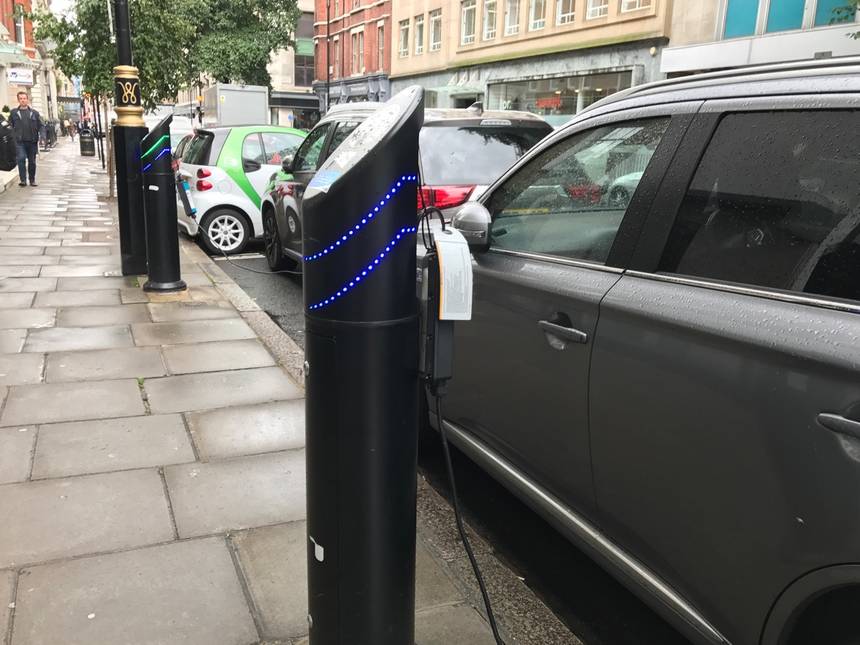 Electric cars create a whole new problem because even when you park on the street, you don’t necessarily get the spot in front of your house. So some cities are installing public charging points so that those parked in the street can charge their cars. And once again, in some cities, they are encroaching on that thin strip of road that is left for pedestrians. In London, Laura Laker notes in the Guardian, “some charging points are taking space away from pedestrians and blocking the way for those with buggies, prams, and wheelchairs.” Disability activists are complaining; “Any reduction in pavement width make it harder for people with disabilities to move around, adds disability charity Transport For All.”

Electric cars are a great way to clean up the air in cities and reduce fossil fuel consumption. But they do nothing to reduce congestion or the problems of private car storage in the public road; Sustrans is right; we need electric cars, but we also need fewer cars.

And really, everybody complains about dockless bikes clogging the sidewalks, why is there so little complaint about docked cars doing the same?