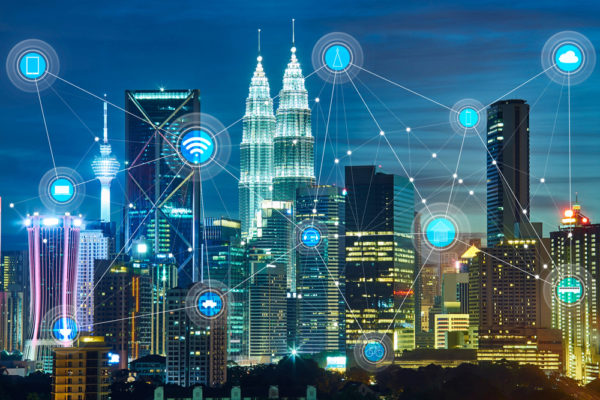 Innovates, for a trial run at one of the City’s six electrical substations on the westside.

Mayor Chris Spearman supported the advanced technology for the city, saying he is excited about the ways the City can save money and the way it is moving toward lowering its carbon immersions and electrical consumption.

“I am really proud of the leadership that the City is demonstrating in exploring new technologies,” said Spearman. “When we lower our demand in the city we have savings for everybody and help us manage the uprising costs of electricity.”

Stew Purkis, Electrical Utility Manager for the City, said the new grid will allow them to monitor customers’ consumption demand and to control the voltage and power at which it flows.

“It is essentially a virtual generator. By reducing the voltage and reducing the amount of power that flows in you are making energy within the system just through efficiency gaining,” explained Purkis. “Instead of putting in a five-gigawatt power station, this actually saves us that kind of energy coming in.”

Purkis was a large part of the seven-year project which involved converting all electric utility boxes in the city to more advanced meters that track an individual customer’s consumption and demand. He explained the power regulating grid and meters would allow the City to save money and energy savings if it is implemented across the community.

“If we expanded this beyond a trial basis and spread the technology across the city we would be able to take roughly two to four thousand homes off of the grid, which will make a significant impact to all of our customers,” said Purkis.

With full implication of the optimizing technology, the City would expect an energy saving upwards of 33,600 megawatt hours of electricity, reducing the consumption by four per cent.
Excited for the new environmental addition to the power grid is Shannon Phillips, Minister of Environment and Parks. Philips said the biggest benefit of the project is not only to provide individuals with utility savings but to do it without needing to build more infrastructures.

“Over time what the customers will see is a reduced bill because the technology is in place so that they have the same reliability and safety that they have, just that they control the voltage so that too much isn’t going to one household,” said Phillips. “It makes the electricity system allow to grow without having to build new infrastructure.”

Customers will not see any change in the amount of electricity needed to power their homes, but over time will see a slight reduction on their utility bill once the technology is operated across the entire city.