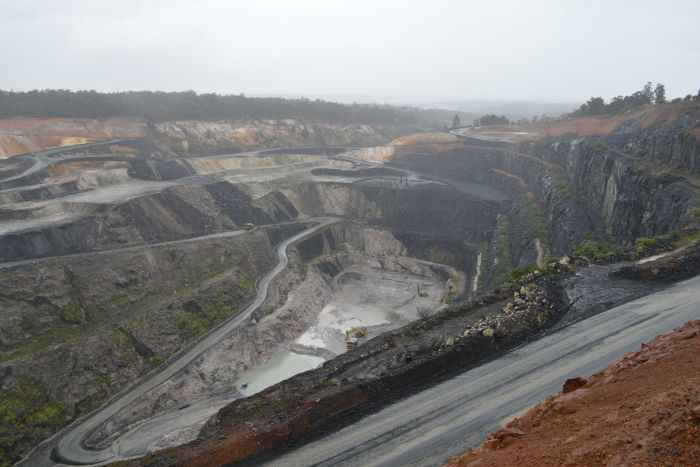 One of the world’s biggest lithium refineries is set to be established south of Perth, which the state government says puts WA at the centre of the booming global industry.

The 50-50 joint venture between Australia’s Kidman Resources and Chilean company Sociedad Química y Minera de Chile (SQM) will see a multi-million dollar refinery built in Kwinana to service a proposed lithium mine in the northern Goldfields.

The refinery will produce about 40,000 tonnes of lithium carbonate or lithium hydroxide each year.

“Other states are talking but we’re the only ones that are actually involved in this industry,” Minister for Mines and Petroleum Bill Johnston said.

“We have every element that you need to make a battery here in Western Australia.”

Western Australia is already the home of the world’s largest lithium mine in Greenbushes in WA’s south-west, and a number of other mines and processing plants have been flagged for the state.

China’s Tianqi Lithium is in the process of setting up a $400 million dollar refinery, which will also be in Kwinana.

Putting WA on the map

The state government has also committed $5.5 million towards setting up a lithium and new energy research centre, which would need federal funding to progress.

Premier Mark McGowan said WA is well-placed to capitalise on a high-demand global market, which has been driven by the its use in making new-generation batteries and electric cars.

“My government wants to make sure that we process as much of that lithium [as possible], and that Western Australians get those jobs and opportunities.”

In July last year three areas were short-listed as potential locations for the new refinery — Kwinana, Kemerton Industrial Park, near Bunbury, and the Munfari Industrial Estate, near Kalgoorlie-Boulder.

Several regional MPs had been lobbying for the refinery to be based in the south-west, including the Labor member for Collie-Preston, Mick Murray, who told the ABC last year a major industry was needed to kick-start the region’s economy.

South West Nationals MP Colin Holt had also been calling for the refinery to be set up outside the metropolitan area, and said today’s announcement that the refinery would be in Kwinana was disappointing.

“As a government you’ve got to work harder with the proponents to say, ‘well we think it’s better located in the South West to bring about economic development in the regions’,” he said.

Although Mr Johnston said while it was not the government’s decision to base the refinery in Kwinana, he supports the decision.

“Governments can’t tell the private sector what to do, they have to make their own decisions, ” he said.

He said a Kwinana-based refinery will create jobs in regional WA.

“Every lithium refinery is going to need a whole range of lithium mines,” he said.

“There are also the transport jobs to bring the product from the mine to the refinery.”

He said the “battery revolution” also offers many opportunities for private sector investment in regional WA.

US company Albemarle is considering setting up a lithium plant in Kemerton, one of the sites that was being considered for the new Kwinana proposal.