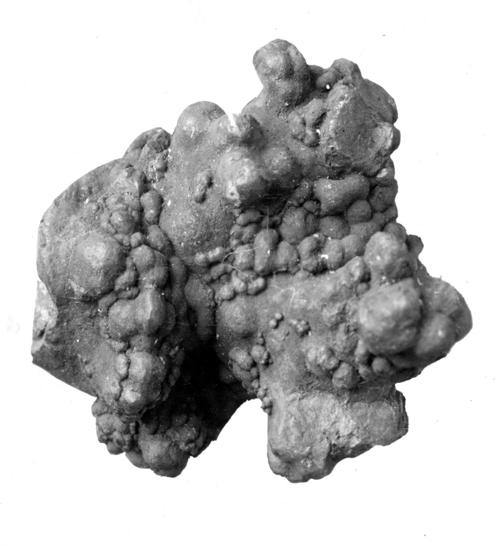 The U.S. government began purchasing manganese during World War II to compensate for a shortage, due to the number of ships carrying manganese for import that were sunk by enemy submarines.

Manganese-buying depots were established in Arizona to enhance production, leading to the discovery of deposits in almost every county.

Manganese is a metallic element used as an alloy to strengthen steel. A minimum of 36 pounds of high-grade manganese ore is required for each ton of steel. Manganese ore itself should carry 35 percent or more of manganese free of such impurities as phosphorous, copper and zinc.

One Arizona depot was established at Wenden in La Paz County, which received more than 200 shipments from mines across the state, equaling about 300,000 tons of crude ore.

The Long Valley mining district, in Coconino County, 56 miles southeast of Flagstaff, was credited with having manganese deposits in Kaibab limestone discovered in the early 1900s. These deposits are 1½ miles west of Clint’s Well, known as the McCloskey group of claims, named for prospector Ben W. McCloskey. Psilomelane was the dominate mineral found in the ore bodies, with small seams of pyrolusite.

The deposits averaged 40 percent manganese, with some shipped as flux to the Clarkdale Smelter along the Verde River. The greatest production occurred during World War II, when $70,000 in shipments were made by rail to the Bessemer furnaces in Alabama.

Another area was the Heber mining district, in the extreme southeast corner of Coconino County. The current tourist community of Forest Lakes, at 7,500 feet in elevation, began as a mining operation with manganese claims located by Johnny Patrick along with J. Reed and Alvis F. Denison during the early 1940s. Occurring in stringers in rock consisting of clayey soil overlain with Coconino sandstone, the manganese deposits were sporadic with no defined pattern.

Employing around 10 men, the mining operation consisted of a tractor-mounted backhoe along with picks and shovels to extract low-grade manganese ore from shallow, 16-foot pits and cuts. These impressions are visible today in the Forest Lakes community. Mining was seasonable, due to adverse weather in the winter.

The operation successfully patented 57 mining claims and applied for patents on an additional 16; ongoing challenges to mining on public lands remained.

The original claims’ validity was based upon there being lodes rather than placers. Litigation over the patenting of Denison claims by the Forest Service ensued, with the charge that no valid mineral discovery existed within the boundaries of the claims, while also emphasizing the non-mineral character of the land bearing the claims.

The Forest Service contended that the timber per claim was valued at $5,000 more than any documented mineral content.

Support for the claims’ classification as lode claims was made through onsite observation, showing the manganese in its host rock occurred in vein form, not a characteristic found in placer deposits, which are often directly affected by natural weathering from water and wind.

Concentrates were shipped to a government buying station in El Paso. On average, 2½ carloads bearing 45 percent manganese concentrate were shipped per month.

A 1964 court decision in U.S. v. Alvis F. Denison, et. al., concluded that the validity of the manganese claims was based upon the market price of the mineral.

By the end of the 1950s, the market price for manganese had dropped 50 percent with no domestic sales to support its continued mining, which adversely affected the Denison mining operation.

There was an expectation that future needs for manganese would be supplied by imports from a higher-grade source.