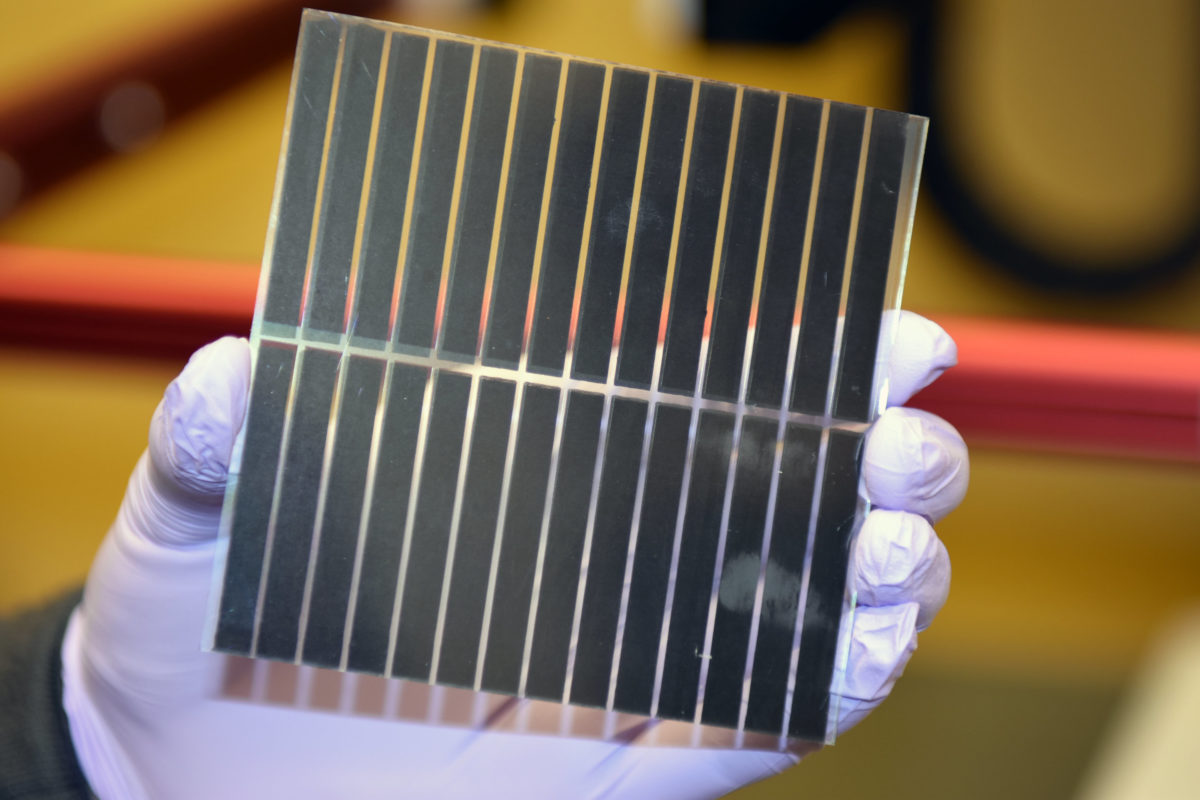 Most of the impressive efficiency results recorded by solar cells using perovskite materials have been achieved using organic perovskites, or a combination of organic & inorganic compounds.

While many are still excited by the low cost / high efficiency potential of such materials, mitigating the material’s sensitivity to light, heat and moisture remains a barrier to the technology’s development, preventing the creation of products with the 20-year plus guarantees the solar industry has become used to.

Though wholly inorganic perovskites have not so far been developed with the high conversion efficiencies achieved using organic substances, they could prove less sensitive to heat, making it easier to create a stable solar cell.

Now, scientists at OIST have developed an inorganic perovskite solar cell, which initially achieved 6.14% conversion efficiency. Interestingly, the team found that when this cell was doped with manganese, the efficiency increased to 7.36%.

The cells maintained 93% of their initial efficiency after 300 hours testing in an ambient environment. While far from the levels of reliability required in commercial production, where customers expect guaranteed performance for 20 years or more, OIST says that the results are encouraging for inorganic perovskite solar, and for low-cost, high efficiency cell concepts.

The team from OIST says it will now focus on further improvements to the cells efficiency and durability, as well developing scalable processes for commercial production.