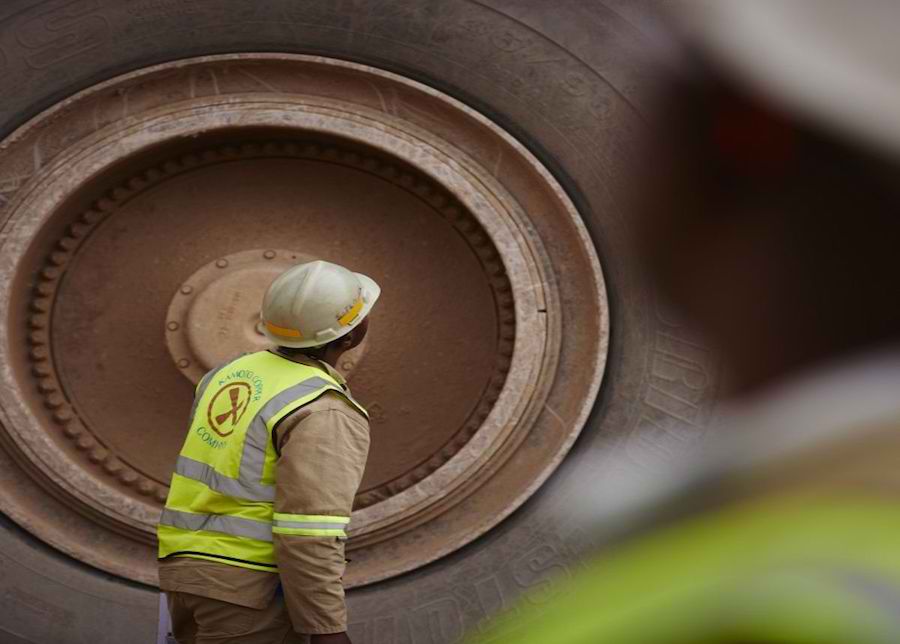 Miner and commodities trader Glencore is embroiled in a legal tangle over its copper and cobalt operations in Democratic Republic of Congo, where conflict and changes to regulations have deterred many mining firms.

U.S. sanctions on Glencore’s former Israeli partner in Congo have been a trigger for litigation. At the same time, relations with the Congolese authorities are under strain from a dispute with the government over a new mining code.

Investors are watching closely, particularly for any impact on supplies of cobalt from Congo, which is by far the world’s biggest producer of the metal whose uses include making alloys for jet engines and batteries for electric cars and mobile phones.

Glencore accounts for more than a quarter of the world’s cobalt output, most of it from Congo, which itself is the source of 60 percent of global supplies. Any disruption could push up cobalt prices from already historic highs of $90,000 a tonne.

“The price would absolutely go through the roof,” Bernstein analyst Paul Gait said.

The copper price could also be affected by any disruption at Congolese mines but any impact is likely to be less dramatic as Congo is only the world’s fifth biggest producer, analysts say.

WHAT IS THE ROW ABOUT?

Glencore has said the U.S. sanctions that were imposed in December mean it can no longer pay Gertler royalty payments. A company affiliated with Gertler has challenged this in court.

Gecamines Chairman Albert Yuma has championed the new code, while Glencore and other foreign miners oppose the changes and have presented proposals to soften the new demands. The government has until now rejected these.

Glencore told its shareholders this week talks were continuing and a compromise could be reached.

WHAT IS THE LATEST LEGAL SITUATION?

Gecamines said on April 24 it had begun legal proceedings to wind up Kamoto Copper Company (KCC), one of Congo’s biggest copper and cobalt mines that is a venture between Gecamines and Glencore’s Katanga Mining.

Gecamines said debts owed by KCC to Glencore and its subsidiaries at the end of 2017 topped $9 billion, and said the commodities group charged the venture interest rates on loans that were too high. Glencore denies this.

Glencore said on April 22 Katanga was assessing options to deal with KCC’s “capital deficiency”, which could include converting some debt to equity or forgiving a portion of debt.

Glencore Chairman Tony Hayward said on May 2 a recapitalization of KCC could be successfully concluded.

On April 27, Glencore said its Congolese mining subsidiaries had been served freezing orders for alleged unpaid royalties of nearly $3 billion by Ventora Development Sasu, a company affiliated with Gertler.

Ventora is seeking $695 million in unpaid and future royalties from Glencore’s unit Mutanda Mining and $2.28 billion from KCC.

Glencore, which disputes the amounts, said Mutanda Mining and KCC would contest the freezing order and any subsequent proceedings. Glencore on May 1 won a temporary injunction against Gertler over the alleged unpaid royalties.

Further hearings are expected in London on May 11 and in Congo on May 8.

HOW DID THE ROYALTIES ISSUE ARISE?

In February 2017, Glencore paid Gertler’s Fleurette Group nearly $1 billion to boost its stake in the Mutanda and KCC copper and cobalt mines.

Under the deal, Glencore pledged to pay royalties at a rate of 2.5 percent to Gertler’s companies, which had bought the rights from Gecamines. These payments ceased after U.S. sanctions were imposed.

Glencore owns 100 percent of Mutanda Mining and about 86 percent of Katanga Mining, which in turn has a 75 percent stake in KCC.

HOW WILL GLENCORE SHARES REACT?

Analysts and credit agencies say Congo risk is already factored into their view of Glencore, a diversified mining firm that has many operations around the world feeding into profits.

RBC Capital Markets revised down its assessment of Glencore modestly on April 30, from “top pick” to “outperform”, saying even now the company’s shares were undervalued. It said any reduction in copper output could tip the world market into deficit this year, pushing up prices and helping Glencore’s overall copper business.

But Glencore’s earnings could be hurt by a disruption to cobalt production in Congo. The company’s cobalt output outside Africa in 2017 was just 3,500 tonnes compared with 23,900 tonnes from Congo and Zambia combined.

CAN GLENCORE RESOLVE THE LEGAL ROW?

Glencore has operated for years in Congo and places around the world that other companies deem too risky, so many analysts say its experience and size will help it resolve the issues.

But Congo has seized assets held by Western firms in the past. In 2010, Congo seized the license for the Kolwezi copper-cobalt project from First Quantum. The Canadian firm secured an agreement to resolve the issue in 2012 following international arbitration.

“Congolese authorities have canceled fully operational projects in the past in less troubling circumstances,” she said.