Western Australia is tipped to produce more than half of the world’s lithium supply by the end of this year, as new mines come online and the world’s appetite for the materials used to make batteries for electric vehicles grows. 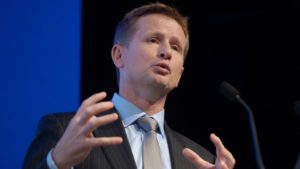 That forecast, made by Citi analyst Clarke Wilkins last week, came on the same day that the managing director of lithium miner Pilbara Minerals, Ken Brinsden, said Australia was in “pole position in lithium raw materials”, and described one part of WA as “lithium valley”.

But with Australia’s emerging lithium industry growing so fast, investors have also been reminded that there will be “bumps and curves” and twists along the way.

Most of the world’s lithium now comes from hard rock mining of spodumene deposits, or via the extraction of lithium from brine deposits in Argentina and Chile.

But given the handful of hard rock mines now operating in Western Australia or soon to start, Australia is well placed to capitalise on the rapid growth in the use of electric vehicles over coming years in major car markets such as Europe and China.

“If you look at all the hard rock (lithium) mines, WA is going to dominate. West Australia will be over half of the (world’s) lithium supply, effectively, by the end of this year. Because all of the world’s hard rock mines are basically in WA,” Mr Wilkins said.

“There are projects outside of Australia, but it’s unlikely that any of those will be really of material scale production until a number of years away. Because you’ve got infrastructure, you’ve got a mining culture, the biggest projects tend to be in Australia, so Australia does lead the world in terms of development of these hard rock mines.”

Lithium is a key ingredient in the manufacture of lithium ion batteries used in electric vehicles, large battery storage units, and electronic devices like mobile phones and laptop computers.

In an address to the Melbourne Mining Club on Friday, Mr Brinsden said Pilbara Minerals’ Pilgangoora mine would be “one of the world’s largest lithium mines”, and that the company was only a week or two away from turning on its processing plant. The plant will crush and process rocks from the mine to produce spodumene concentrate containing lithium.

Mr Brinsden said Australia was the world’s largest producer of spodumene concentrate with mines already in production, and with several more to come.

“Australia commands pole position in lithium raw materials, and will likely hold that mantel for many years to come as a result of the incredible mineral endowment we have in hard-rock lithia sources,” he said.

Despite this “pole position” for lithium held by Australia, ASX-listed lithium companies have experienced their fair share of ups and downs on the market, with some volatile stock price movements in recent months.

The share price of Pilbara Minerals itself hit an all-time closing price high in early January this year, of $1.22, but then retreated as concerns rose that the lithium market could in future years be in over-supply for a period. Pilbara closed up one cent on Friday, at 89 cents.

“I think the industry is going through a rapid growth phase, that is clearly with risk. And the risk here is around obviously project definition, project funding, customer off-take relationships, and critically – project execution. And then, ramp-up to steady state. All these things are not without risk,” said Lachlan Shaw, commodity strategist with UBS.

“I think that’s the first thing, the industry is going through very rapid growth, and there will be bumps and curves along the way,” he said.

Also, on the demand side, peoples understanding of the “battery chain” was still developing. “There’s a pretty wide range of views out there about demand growth, and about how the industry works. And because the range of views is so diverse, there’s added volatility,” he said.