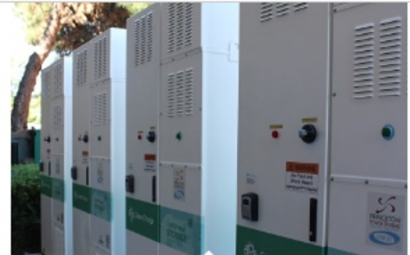 Momentum Dynamics has commissioned a 200kW wireless charging system for a battery-electric transit bus fleet in the US.

The first of its kind wireless charging system is now operational on a BYD K9S bus at Link Transit in Wenatchee, Washington, representing the future of electric mass transit.

Momentum’s CEO Andrew Daga said: “Across the globe, transit agencies are transitioning to electric buses as quickly as they can but driving range limitations are impeding faster adoption.

“These agencies have been waiting for a solution that will guarantee their new electric buses can drive any route while maintaining an adequate energy reserve under all conditions.”

For electric transit, wireless charging is the most effective method for on-route opportunity charging. Within five minutes, the wireless charging system automatically adds enough energy to the vehicle’s battery to complete another route during its routine transfer station stop.

This allows the electric bus to drive unlimited route cycles. Buses with Momentum’s wireless charging system stop over the charging transmitter embedded in the road to charge automatically.

“The simplicity along with seamless charging allows Link Transit to operate all of our urban service routes continuously without the need for midday charging. Link is planning to expand this technology for our longer rural routes in the near future, which will assist in the agency’s goal of 100% fleet electrification.”

On average, electric buses reduce fuel and maintenance costs by one dollar per mile compared to current diesel and hybrid buses. Over the operating life of a bus fleet, this amounts to millions of dollars in savings per year.

Momentum’s wireless charger installed at Link Transit is the first in North America to operate at the 200kW power level and the first to achieve a UL field certification. In its first month of operation, the system is adding more energy to the bus than it consumes on each driving route.

The system is more energy efficient than plug-in chargers of the same power rating. Momentum is installing additional wireless charging systems in the US this year and more are planned for Europe in 2019. This breakthrough technology was designed and manufactured by Momentum in the US and can be used in electric cars, commercial and autonomous vehicles.